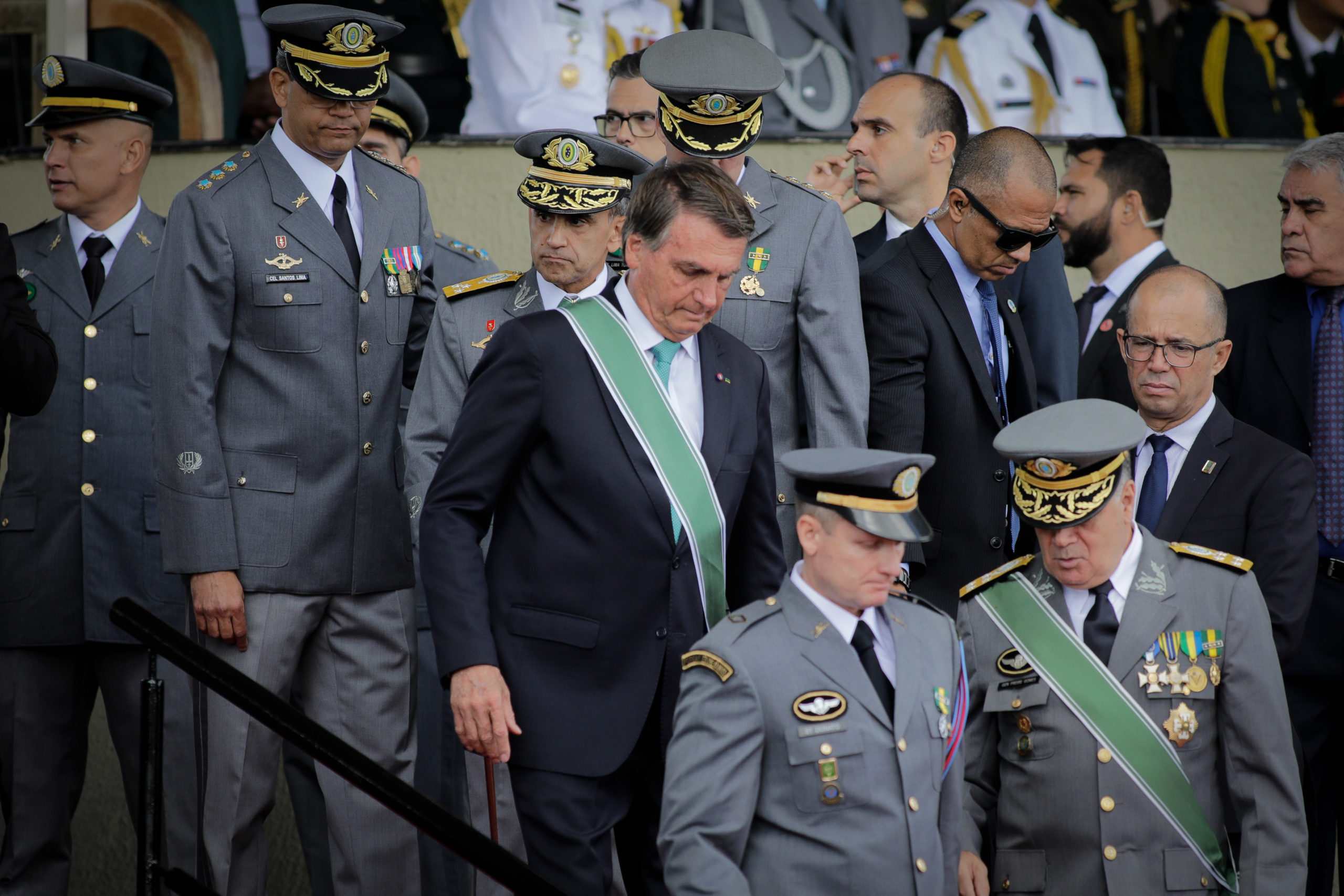 Only 30% of Brazilians trust the Armed Forces, says survey

Brazil is one of the countries that least trusts the Armed Forces, with only 30% of the population believing in the military, according to the 2022 edition of the Global Reliability survey, by the Ipsos Institute.

According to the study, published by the newspaper Folha de S.Paulo, Brazil is second only to South Koreans (25%), South Africans (28%) and Colombians (29%). The country also shares its place in the ranking with Poland, which registered the same index.

Brazilians’ feeling of trustworthiness in the military is below the global average by 11 percentage points. Additionally, the study recorded a 5-point drop in trust in the Armed Forces from 2021 to 2022.

The survey comes during a time of tension between civil society and President Jair Bolsonaro’s (PL) criticism of the Brazilian electoral system.

Bankers, businessmen, artists and members of the judiciary and the Public Ministry signed the manifesto in defense of democracy organized by the USP Law School (University of São Paulo) defending the electronic voting process and criticizing “unfounded attacks” to the elections.

The document concludes that there is no more space in Brazil for “authoritarian setbacks” and that the solution “one of the immense challenges facing Brazilian society necessarily involves respect for the results of the elections”.

Of the 21,515 citizens consulted around the world, 1,000 were Brazilians. The margin of error for Brazil is 3.5 percentage points.

O Power 360 contacted the Ipsos Institute for the disclosure of the entire research, but did not receive a response until the publication of this text.