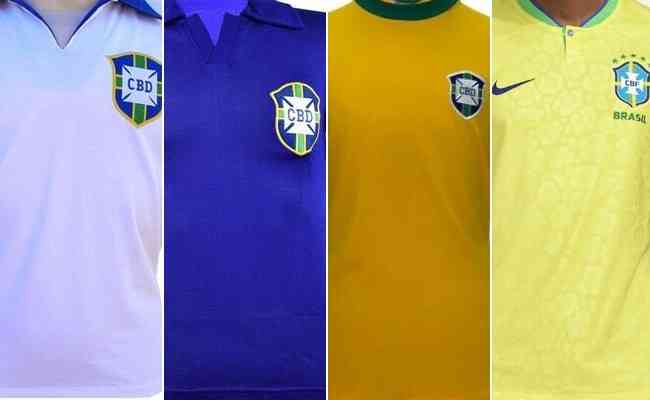 Photos: all the shirts of the Brazilian team in World Cups

With an eye on the 2022 World Cup in Qatar, the Brazilian Football Confederation (CBF) announced last Sunday the team’s new uniforms. The traditional hopscotch and the classic blue uniform, with striking details on the sleeves, have been on sale since this Monday.

The team, however, did not always have the yellow jersey as the main one, much less the blue one as a reserve. O supersports shows, in the photo gallery below, all the Brazilian uniforms in World Cups and tells a little about the change from white to yellow and the emergence of blue as a second color.

The only country that has played in all 21 editions of the World Cup so far, Brazil is looking for its sixth world title in Qatar, between November 21 and December 18, to increase its advantage as the biggest winner of the main football tournament in the world.