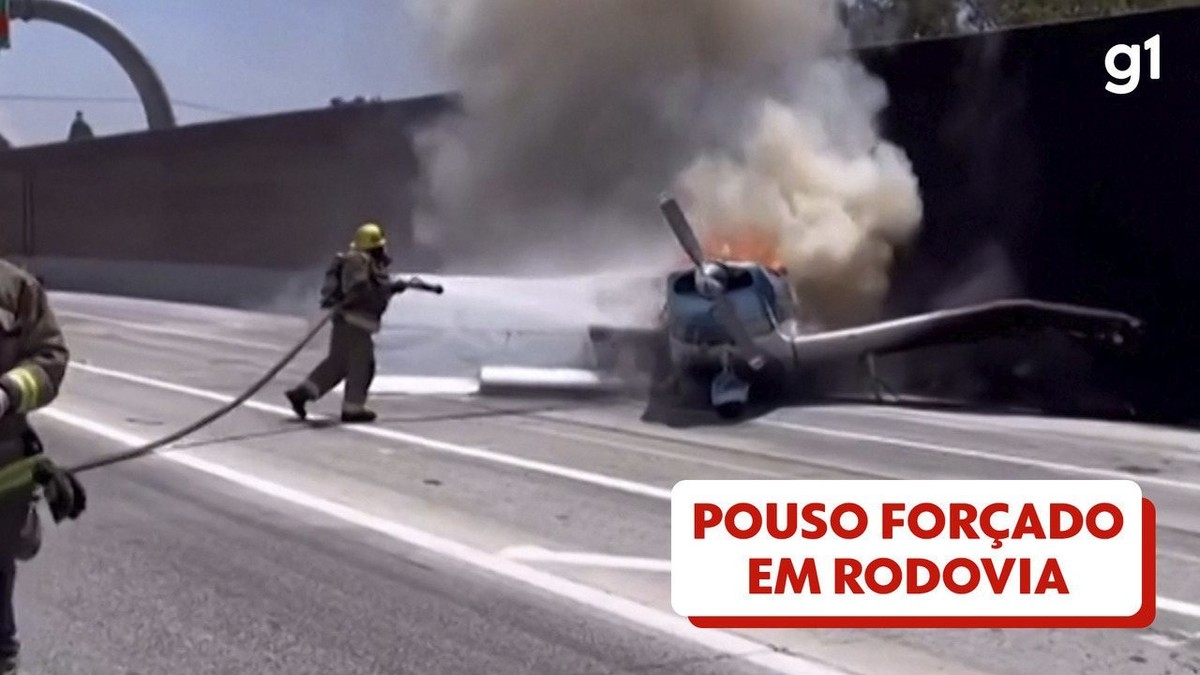 A small plane had an accident while making an emergency landing on a California highway, in the United States, this Tuesday (9).

During the landing attempt, the aircraft collides with the runway and hits a passing truck, according to information from the California Highway Patrol.

A video obtained by the American news channel KTLA shows the exact moment of the accident. (see video below):

According to authorities, the single-engine Piper Cherokee suffered an engine failure en route to Corona Municipal Airport and made an emergency landing.

“The pilot claimed he had engine problems while trying to descend at Corona Municipal Airport,” Captain Levi Miller told KTLA.

The pilot, Andrew Cho, said he was able to avoid a tragedy due to the training he received. “If you don’t panic, you’ll know what to do,” he told local media.

The two passengers on the aircraft and the three people traveling in the truck were unharmed.

Firefighter puts out fire on plane that made a forced landing on a highway in the United States – Photo: Twitter/@CoronaFireDept