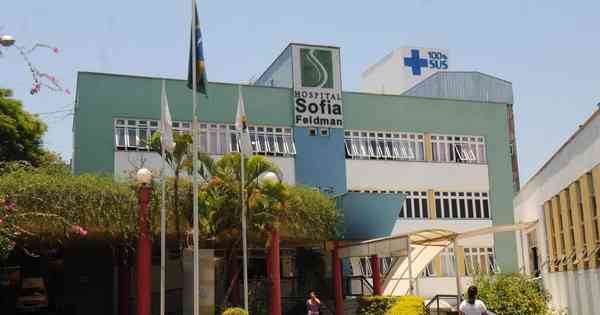 Three doctors from Sofia Feldman Hospital are being punished by the Regional Council of Medicine (CRM) for supporting the obstetric nursing consultation, using ultrasound, according to a complaint from activists linked to the Movement for the Humanization of Childbirth and Birth. The technical director had his professional registration suspended for 30 days and two obstetrician-gynecologists were publicly censored by CRM-MG.

An online petition was organized by activists against the “persecution” of the movement. According to the text of the document, obstetric nursing consultation is a practice carried out in several countries, recommended by the World Health Organization (WHO) and recognized by the Federal Council of Nursing (Cofen).

The CRM said, in a statement, that the processes are under secrecy, and that is why the reasons for the doctors being punished would not be informed.

For activists, the CRM’s action is an attempt to persecute health professionals aligned with the practice of humanized childbirth, and, therefore, they would target the Sofia Feldman Hospital, a maternity hospital that is a reference in the country in childbirth care.

The text released by the movement says that the punishment against doctors is a “direct attack on the rights of women, pregnant women and babies, with an attempt to silence and dismantle a national vanguard institution of this Movement, an international reference in obstetric care, which has been working for 40 years. years paving the way”.

For the obstetric nurse Joyce Maira, the work of these professionals with the ultrasound consultation for pregnant women can improve the detection of pathologies, and guarantee access and conduct in a timely manner.

According to her, it is necessary to “reduce unnecessary interventions” and “respect the role of women and families at the time of childbirth”.

The category argues that the use of ultrasound by nurses is supported by legislation, and does not constitute an illegal exercise of the profession.

“Nurses, together with the federal nursing council and the regional nursing councils, have even fought in court so that the nurse’s work is not impeded. Other categories need to explain what has been the controversy regarding the use of ultrasound by nurses, since it is available to everyone and can be used by several professionals”, concludes Joyce.

The report requested a position from the Minas Gerais Physicians Union (Sinmed-MG) and is awaiting a note.

Check out the entire position of Sofia Feldman Hospital

“The Sofia Feldman Hospital is a philanthropic institution, with 100% SUS service, serving a population of 2.6 million inhabitants. A national and international reference in childbirth care, guided by the shared work of health professionals and the best scientific evidence. Currently the largest maternity and neonatology in Brazil, with an average of 900 births per month.

Nursing consultation is recommended in Law 7498/86, in which nurses use scientific knowledge and other sciences to structure their care. The incorporation of ultrasound during consultations is regulated by Cofen Resolution No. 627/2020, which “Standardizes the performance of obstetric ultrasound by obstetric nurses” in places where obstetric care is provided within the scope of the Unified Health System (SUS).

The nursing consultation with the use of ultrasound goes beyond the use of this technology, it proposes comprehensive care, observing all aspects of the health of service users, describing the care and making the necessary referrals to the multidisciplinary team.

It is important to point out that no medical diagnosis is made during the consultation, the findings are described for evaluation, interpretation and action taken by the prenatal team, or the one who is assisting the woman during hospitalization.

The use of ultrasound by nurses is a current practice in several countries around the world, such as the United States, United Kingdom, Sweden, Norway, Chile, Australia; held at Sofia Feldman since 2015, recommended by the World Health Organization (WHO) and recognized by the Federal Council of Nursing (COFEN). In other words, it is a practice that promotes access to and guarantees the population’s care, multidisciplinary teamwork and does not violate any ethical or legal provisions.

Nursing has a history of using the US tool in other procedures, such as: Opinion issued by the Regional Nursing Council of So Paulo (Coren-SP) Opinion No. in urinary retention, Resolution No. 243/2017 regulated the performance to the trained nurse, the use of microinductor and ultrasound assistance in the insertion of Peripheral Insertion Central Catheter (CCIP/PICC) (COREN-SP, 2014; COFEN, 2017) .

Some class entities, in turn, understand that these procedures must be performed exclusively by physicians. The technical and administrative directors of Hospital Sofia Feldman were condemned by the Federal Council of Medicine because of the performance of nursing professionals within the collaborative work model.

The Federal Nursing Council – COFEN, which is the body responsible for regulating the practices of the category, states that the use of this technology does not constitute an illegal exercise of the profession. If there is an interruption of nursing work in this context, there will be a loss of access to health and quality of care for women, contributing to the worsening of maternal and neonatal indicators.”

Previous Company is paying nearly $100,000 to anyone who eats candy
Next ‘The Beast’ brings survival horror during safari in South Africa