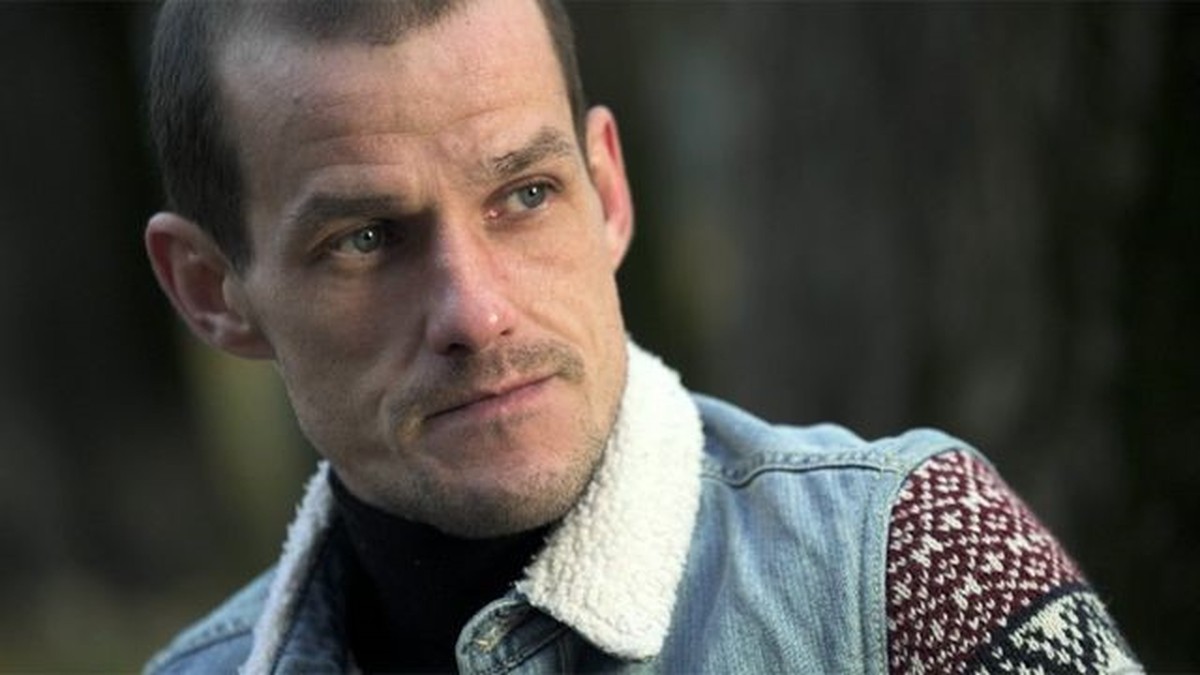 Former Russian prisoners spoke to the BBC about the systematic torture and rape they suffered in prisons across the country, after images of abuse were leaked by a source last year.

The Saratov prison hospital in southwestern Russia gained notoriety last year when videos of horrific abuse against prisoners were leaked to a human rights organization and circulated in the international press.

Alexei Makarov knew the prison’s reputation before he was transferred there in 2018 to serve a six-year sentence for assault. Prisoners who are sent to Saratov from other prisons say a hospital was created there just so inmates could be tortured behind closed doors.

Russian prisons have virtually no independent oversight, and prison hospitals — with their health quarantine rules — even less so.

Makarov was really sick. He had been diagnosed with tuberculosis—and hoped to be spared torture. But he says he was raped twice while he was there.

Victims and experts say the abuse always takes place with the approval of prison authorities and is used to blackmail prisoners, intimidate them or force confessions.

High-profile leaks forced the Russian government to respond to the country’s scandal. Torture was reported in 90% of Russia’s regions between 2015 and 2019, according to the independent project Proekt. But the action has been slow.

The BBC analyzed thousands of court documents dating from this period and found that 41 members of the prison service were convicted. But nearly half of them only received suspended sentences — where they don’t have to serve a prison sentence.

The BBC spoke to prisoners, including Makarov, about what they suffered in the Russian prison system.

Makarov says he was first tortured in February 2020. He refused to confess that he was part of an alleged plot against the prison administration. He ended up being subjected to ongoing violent sexual abuse by three men, he says.

“For 10 minutes they beat me, ripped my clothes. And for something like two hours they raped me every two minutes with broomsticks. When I passed out, they poured cold water and put me back on the table.”

Two months later, it happened again. He was coerced into paying 50,000 rubles to his attackers and says he was raped in an attempt to silence him.

Makarov told the BBC his torture in prison was filmed. Prisoners know that the humiliating images can be shared with the entire prison if they don’t comply.

The rapists were other prisoners, who — Makarov and others are sure — acted on the instructions of the prison bosses.

Music was played at full volume during the torture episodes, Makarov says, to mask the screams.

Last year’s leak of Saratov footage was published with the help of another former prison inmate. Sergey Savelyev managed to smuggle in footage showing humiliation and violence against dozens of prisoners.

He also believes that torture is approved at the highest levels of the prison as part of an organized system.

Savelyev was given access to the footage because he was called to work in the prison’s security department, which does not have enough staff to handle the demand. He was employed to monitor and catalog the footage from body cameras used by prison guards.

But he told the BBC that when it comes to torturing a prisoner in Saratov, officers make other prisoners do their dirty work — and ask them to use body cameras to film the abuse.

“I took orders [para dar câmeras corporais aos presos] of the head of security,” he says.

He was instructed to save recorded footage of some of these attacks to show to the security department, and sometimes to transfer it to a unit so that it could be shown to higher-ranking officials.

After he discovered the horrors that took place behind closed doors, he began copying the files and hiding them.

“Simply seeing all this and doing nothing is treating it as if it were normal”, he says.

In some of the clips, the men who carry out the torture are seen wearing handcuffs — equipment that, like body cameras, is only given to prison guards.

Savelyev says the prisoners who commit the abuse are, as a rule, those who have been convicted of violent crimes and are therefore serving long sentences. As such, they are interested in pleasing the authorities in order to receive better treatment, he says. These prisoners are sometimes given the nickname “pressovskiki”.

“They must want to do well during this period, wanting the prison administration to keep its promises, so they can eat well, sleep well and have some privileges,” explains Savelyev.

Activist Vladimir Osechkin, whose organization Gulagu.net published the leaked videos, draws attention to a kind of frightening protocol followed by torturers — which indicates that these procedures are widely practiced.

“They are giving signals to each other, acting in a silent arrangement, understanding each other even without words because they are following a well-established system. [O homem na imagem] signals how to spread another man’s legs so that he can be raped.”

After Savelyev’s leak of evidence, six “pressovschiki” were identified but denied any involvement. Two months later, the director of the Saratov prison hospital and his deputy were also arrested — both denying any connection with the abuse shown in the videos.

Russian President Vladimir Putin replaced the head of the national prison service and announced that “systematic measures” were needed to bring about change. The country’s law was amended last month to introduce harsh punishments for the use of torture as a means of abuse of power or extraction of evidence.

But human rights activists emphasize that torture has not yet been criminalized.

It is not the first time that President Putin has promised change. He made a similar pledge after a first leak of footage in 2018 showed guards carrying out mass beatings at a prison in Yaroslavl, north of Moscow.

Lawyer Yulia Chvanova, who specializes in representing torture victims, says the main motivation for organized prisoner abuse is the authorities’ focus on confessions, regardless of guilt.

Therefore, officials responsible for investigating the crime are the main instigators of torture in Russian prisons, she says.

“Confessions [são colocadas] as a priority.”

She is trying to get compensation for 22-year-old Anton Romashov, who was tortured in 2017 after refusing to admit to crimes he didn’t commit.

Romashov had been arrested for possession of marijuana, but the police were pressuring him to confess to drug trafficking—a much more serious offense. When he refused to confess, he was taken to a Vladimir pre-trial detention center in western Russia in late 2016.

“I was taken to the [cela] number 26. I knew exactly what kind of cell it was… because I heard screaming coming from there, screaming for days on end.”

There, two men were waiting for him. He says he was thrown to the ground, hands and feet tied behind his body, before being beaten for an entire day.

When they lowered his pants, he said he would sign whatever they wanted. He was sentenced to five years in prison, despite telling the court that he had been tortured into confessing.

An investigation into the practices at the Vladimir detention center came after another prisoner murdered one of the “pressovschiki” who threatened him with torture.

Interrogated, prison officials revealed that most of them knew what was happening in the infamous cell 26. The prison official who ran the torture cell was convicted in a trial at which Anton and two other inmates testified.

But the biggest torture scandal in Russia to date took place in the Siberian region of Irkutsk. After a protest in spring 2020 at Prison 15 in Angarsk, near the city of Irkutsk, the authorities sent in the riot squad.

Hundreds of prisoners were taken to two detention centers where correctional officers waited with “pressovschiki”.

One of those who say they were tortured at the center, Denis Pokusaev — who was serving a three-year sentence for fraud — says prison officials did not hide why they were punished.

“[Eles] told me, ‘Do you think we care whether you’re guilty or not? You came from a riot — so you will be held accountable for it’.”

Lawyer Yulia Chvanova explains how it all used to happen.

Lawyer Yulia Chvanova is trying to get compensation for several of her clients — Photo: BBC

“[Os investigadores] decide who to interrogate, what witnesses and what investigations to conduct… They then contact the prison staff with instructions: ‘I need a confession from a particular individual’.”

Pokusaev says the pursuit was relentless.

“The abuse lasted almost three months every day except weekends.”

He says the officials were involved in the torture sessions.

“They laughed, they ate fruit… A person is being raped with all kinds of objects… And they just laugh, they enjoy it.”

The BBC asked the Russian prison service to comment on allegations of torture and rape in the country’s prisons and detention centres, but received no response.

Human rights activists estimate that at least 350 prisoners were tortured after the riots.

Denis Pokusaev wants to get justice for what happened to him – Photo: BBC

Pokusaev is among about 30 men who have won the right to be legally recognized as victims of the incident and one of the few willing to testify in court.

The investigation is expected to give rise to several trials. In Denis’ case, he and other inmates are willing to testify against two prison officials — both of whom deny the charges made against them.

Yulia and everyone who testified in the case were required to sign a confidentiality agreement. It is unclear whether any of the findings will lead to significant reform.

Pokusaev says he’s still shaken by what happened to him.

“I come to a forest next to our house almost every day. And I scream obscenities, I scream all this so I don’t keep it inside.”

But he is determined to try to get justice. He believes this is possible if people talk about what happened.

“Right now, people [na Rússia] are afraid to say anything… that’s why people get nothing.”

Previous Which has the best camera: iPhone 13 Pro Max, Galaxy S22 Ultra or Pixel 6 Pro?
Next When does The King’s Wife, with Viola Davis, premiere?