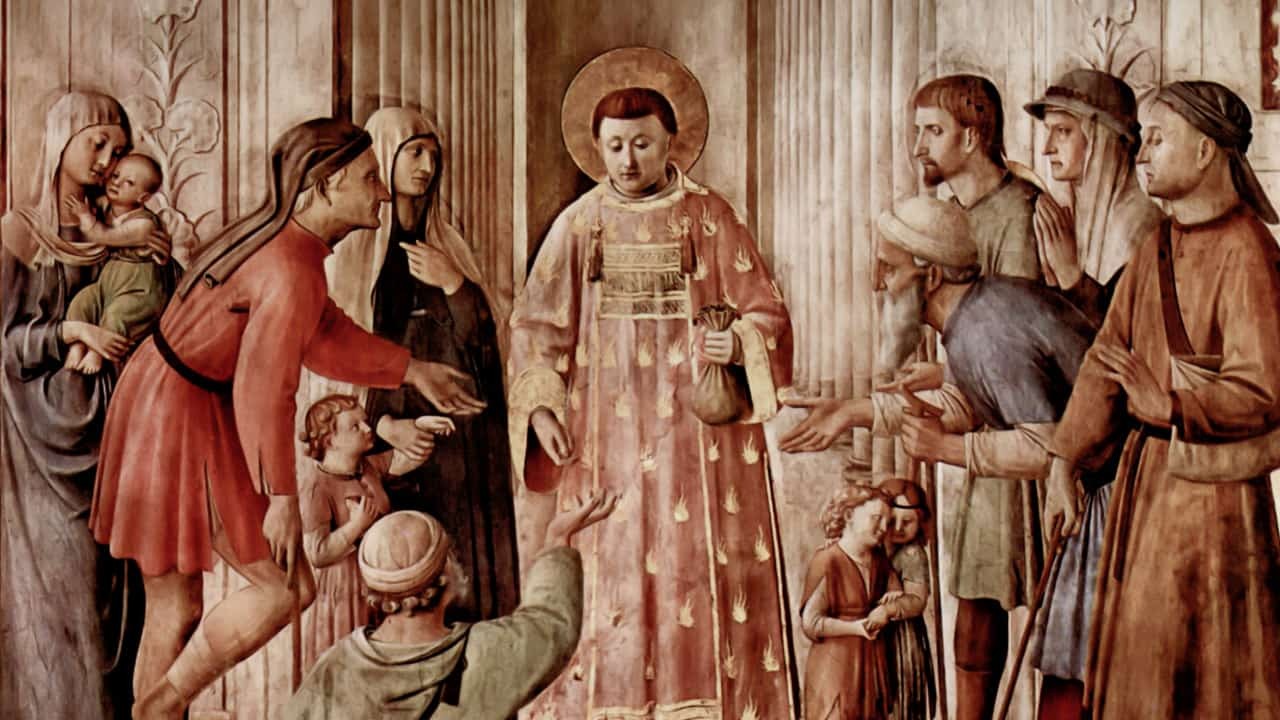 The true treasure of the Church

At that time Jesus said to his disciples: “Truly, truly, I say to you, unless a grain of wheat falls into the ground and dies, it remains but a grain of wheat; but if it dies, then it bears much fruit.

Whoever clings to his life loses it; but he who makes little account of his life in this world will keep it for eternal life. If anyone wants to serve me, let him follow me, and where I am, my servant will also be. If anyone serves me, my Father will honor him.”

Saint Lawrence, deacon and martyr, is celebrated today in the Church with special tributes, not only for being one of the most popular and beloved saints among Catholics of the Latin rite, but also for the example of constancy and fidelity to Christ that he gave in his martyrdom. , which took place in 258.

Lawrence lived his diaconate closely linked to the Bishop of Rome, the then Pope Saint Sixtus II, whom he served as a good and obedient son, following him until death, as a brother in the blood of the Lord. While Sixtus was busy with what is proper to the episcopal ministry – preaching to the faithful people the truths contemplated in the Word of God – Lourenço assisted him in the celebration of the divine mysteries and devoted himself without rest to the different services that the charity demands – feeding the poor, helping widows, helping orphans, supporting the elderly, welcoming the homeless, helping beggars, reaching out, in short, to all those who make up the true treasure of the Church, whose greatest wealth is the supernatural love to Jesus Christ who shines in his works.

As Valerian’s soldiers condemned the Vicar of Christ to death, Lourenço, with tears in his eyes, said to him: “Where are you going, Father? You never went up to the altar without my company. Why now, when you are going to sacrifice your own life, do you not take me with you?” The holy deacon, who had always accompanied the Bishop in the celebration of the liturgy, did not want to let him lift the chalice of his sacrifice alone. That is why, just three days later, he faced with a strong spirit the martyrdom of the grill, between whose flames, moved by the strength of the Spirit, he was still able to say to the executioners: “Turn me over, for this side is already well done”.

Let us therefore entrust ourselves to the patronage of St. Lawrence. Just as he, in such adverse times, knew how to resist with charity to the anti-Christian fury of the Roman authorities, so we too, trusting in divine help, strive to fulfill our state duties, willing to offer our own lives in sacrifice to God.

Previous check out the cell phones that have come to accept the new technology
Next Tales of the Walking Dead premieres tomorrow (11), check out the details!