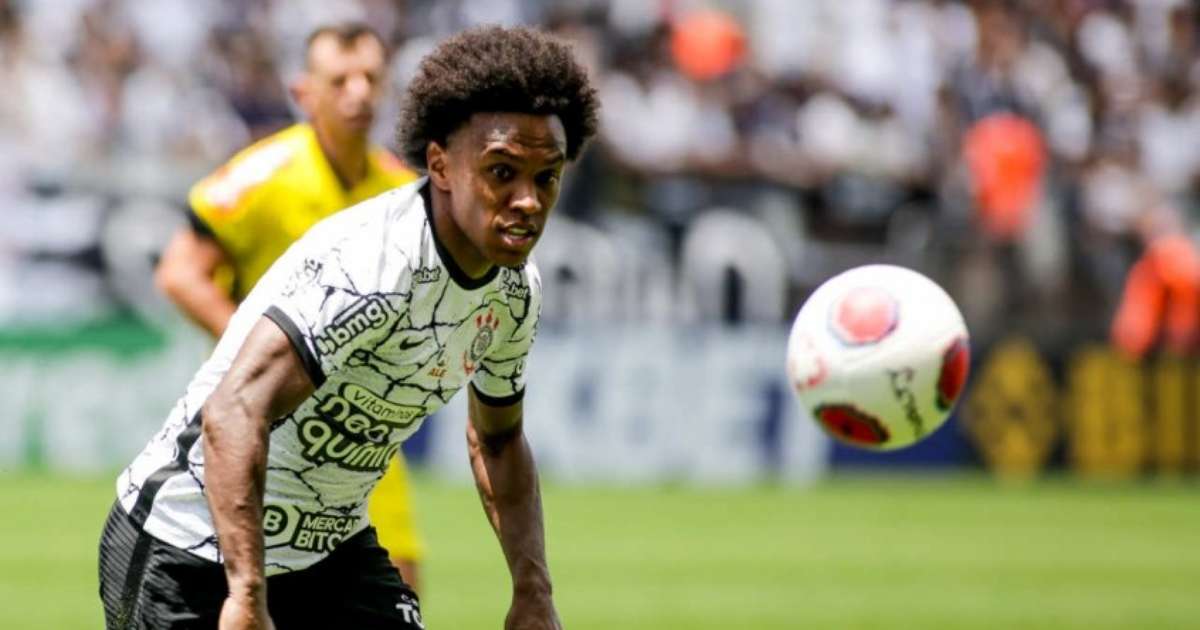 understand the reasons that should remove Willian from Corinthians

The expectation of the Corinthians fan was great when Willian’s return was announced less than a year ago – ‘he would have a birthday’ on August 30th. However, practice is far from theory and the player is about to leave the Corinthians.

Some very particular reasons led the attacking midfielder to make the decision to leave the club, but even so, the context of the athlete’s return, the expectations generated, the result delivered and the lack of timing to leave were the most important points.

Certain points involving Willian’s family were the ones that weighed the most on the player’s decision.

The shirt 10 is heading to return to English football, now wearing the Fulham shirt. Fenerbahçe, from Turkey, are also eyeing the player, following the appointment of coach Jorge Jesus.

Even so, the fact that he spent eight years in the English capital has weighed too much for Willian to return to the Premier League – it is worth mentioning that Fulham is recently promoted.

If at one end there is the symptomatic adaptation of Willian’s family to London, there was also the non-adaptation of them when they returned to Brazil, which was felt mainly in the last few months.

This whole situation has been crucial for the player to be irreducible about the departure of Timão.

There is still a ray of hope from the Corinthians board to reverse the situation, but weighing in on the athlete’s desire to leave the team, it is already internally admitted that Corinthians will lose its number 10.

Hired for free by Timão, last year, after Willian amicably terminated his contract with the English from Arsenal, Timão can also lose his attacking midfielder for free.

Even with the contract valid until the end of next year, there is an agreement between the parties that would facilitate a return of the athlete to the Old Continent in case of proposal.

Regardless, Timão will seek to receive some financial amount if there is an outcome in these negotiations involving the sale of Willian to the Gunners.

In any case, this contractual situation greatly contributed to the evolution of Fulham’s interest in the proposal and will greatly facilitate the bureaucracy of a possible agreement.

SITUATION THAT DOESN’T COME FROM TODAY

Among the fundamental factors that made Willian’s family feel unprepared for Brazil were the virtual threats received by them, and also by the athlete himself, in April, after the defeat to Always Ready, from Bolivia, in the Libertadores debut.

This cybercrime situation against William and family was quickly resolved. The aggressor takes him to the police station to testify and even confronted by the victim and apologizes.

Anyway, it was from there that the dissatisfaction of Willian’s family reached the levels of complaint and they expressed their desire for the player to leave Corinthians.

For Willian, as an athlete, this situation is a detriment to his image towards Timão, the team that revealed him to football and in which he will leave in the middle of the season, In the week between the elimination in Libertadores and the possible next embarrassment involving Brazilian teams, there are two important commitments: a decisive derby against Palmeiras, and the other to host