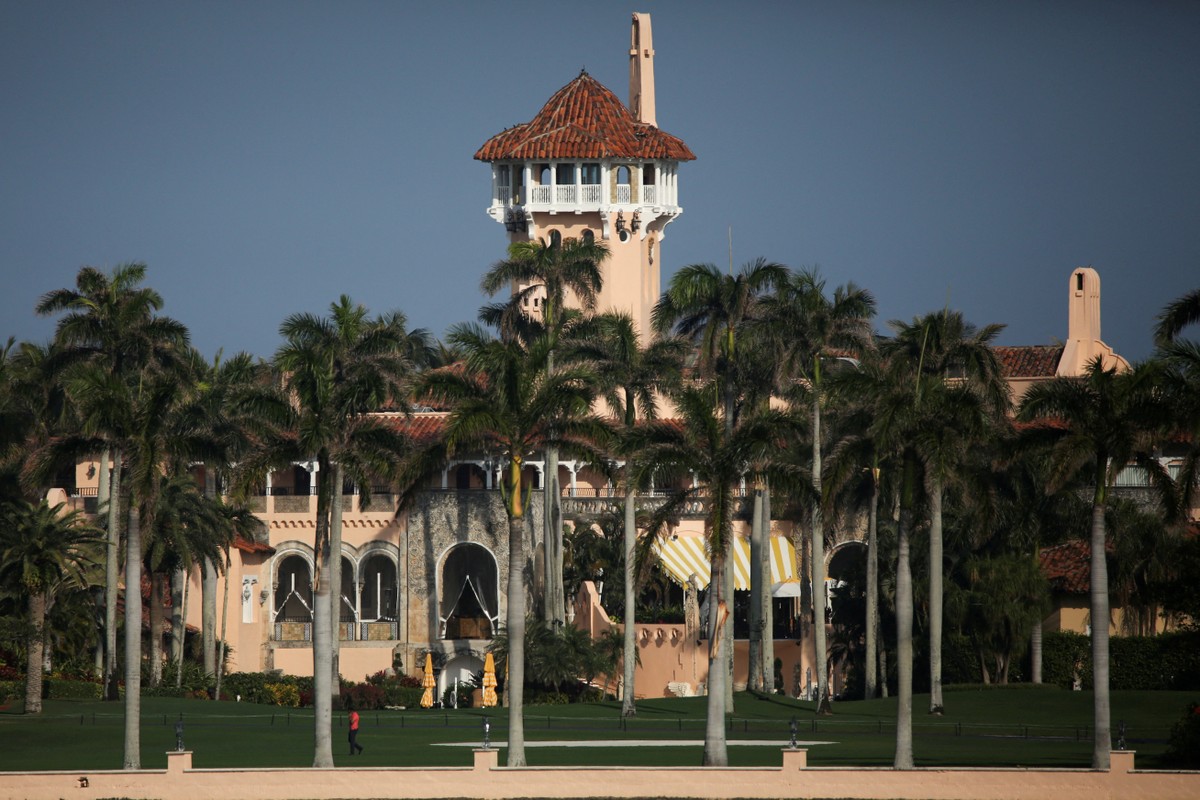 On Monday night (8), Donald Trump himself published a note in which he claimed that a group of FBI agents was carrying out an operation in his house in Mar-a-Lago.

Eric Trump, one of the former president’s sons, said there were about 30 police officers.

Trump was in New Jersey at the time. It wasn’t a forcible break-in, as the FBI tipped off the Secret Service, which protects the former president, before arriving, according to NBC. 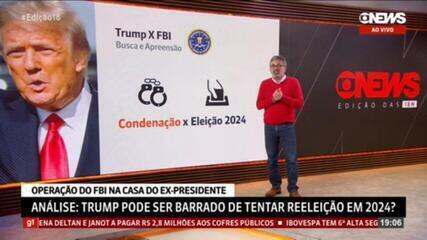 Inside, they spent hours searching the house. They even opened a safe. The Politico portal, citing a source familiar with the facts, indicated that the agents took “paper records”.

“Nothing like this has ever happened to a president of the United States before,” Trump said in a statement, describing the searches as “unnecessary and inappropriate.”

What is the FBI investigating?

The Justice Department and the FBI have not commented on the investigation.

According to experts, conducting searches aimed at Trump, who could run for the White House again in 2024, is something so politically sensitive that it would need to be approved by Attorney General Merrick Garland and FBI Director Christopher Wray.

The FBI must have needed a court order, which would have required a judge to review the justification for entering a former president’s home. But the warrant, which could reveal the nature of the investigation, remains secret.

Seamus Hughes, deputy director of the George Washington University Program on Extremism and an expert on court documents, said the South Florida federal prosecutor is keeping the orders sealed.

“Each judicial district can establish its own local rules for public access to documents,” he said.

Eric Trump told Fox News that the operation was related to allegations over a large amount of documents the president took with him when he left the White House in January 2021.

Earlier this year, the former president was required to deliver 15 boxes of these documents to the National Archives, the institution that controls presidential records.

The Archives later informed the Department of Justice that the boxes included some highly confidential documents.

Monday’s searches suggest there were more such files in Mar-a-Lago.

“The purpose of the searches, from what they said, was because the National Archives wanted to corroborate whether or not Donald Trump had any documents in his possession,” Eric Trump said.

Is it illegal to keep presidential documents?

The Presidential Records Act mandates that all documents relating to official matters must be turned over to the National Archives. But violating this norm has few consequences.

On the other hand, US law strictly prohibits people from retaining confidential documents, which can lead to severe prison sentences.

One indication that the investigation could involve classified materials was a visit to Mar-a-Lago in June by the head of the Department of Justice’s Export Control and Counterintelligence Section, according to CNN.

This section oversees cases that affect national security, such as espionage and sabotage, as well as those involving Americans lobbying foreign governments.

Is Trump Under Investigation?

The search operation does not necessarily mean that Trump is under investigation for a crime.

The documents sought may be needed for other investigations linked to members of his administration, including the investigation of the January 6, 2021, attack on Congress by hundreds of Trump supporters.

But the nature of the searches, analysts say, suggests something much more significant.

Andrew McCabe, a former deputy director of the FBI, told CNN that it seems unimaginable that this is simply material from the National Archives. “They must have a lot more than that,” he said.

The United States Department of Justice (a body similar to the Ministry of Justice) has not explained the search of the former president’s home, and this is an indication that an investigation is being conducted according to the rules, said former prosecutors. federal this Tuesday (9). 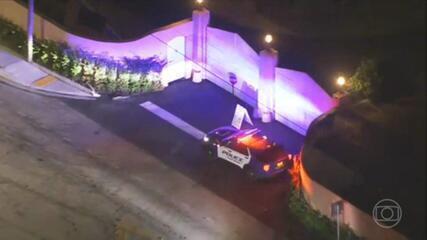 Officially, the Justice Department and Attorney General Merrick Garland have not said anything about the search (not even confirming that the FBI was at Trump’s residence).

Former prosecutors said the department is following the rules by not commenting.

Photo montage with an image of police cars in front of Trump’s home, in Florida, on Monday (9). — Photo: Terry Renna and Morry Gash/AP

What are the immediate consequences of the search?

The searches divided opinions: for some, it was the first step towards a trial, for others, a political persecution aimed at attacking the former president, who is considering running for a new term.

Never has a former resident of the White House been in so much trouble with the law. Trump pleads not guilty and considers himself the target of a witch hunt.

In a statement, he denounced the incursion into his Florida mansion, where he was not at the moment. “These are dark times in the country,” he said. “This unannounced incursion was neither necessary nor appropriate,” he denounced.

“No one is above the law,” “not even a former president of the United States,” Democratic House Speaker Nancy Pelosi told NBC on Tuesday. Like most Democrats, Pelosi has been calling for the tycoon to account for years.

Donald Trump during a call on a Christmas afternoon at his home in Mar-a-Lago (Photo: Andrew Harnik/AP)

The judicial escalation seems to have brought the Republican Party closer together around Trump, to the point of elevating him to a martyr.

Trump supporters gathered in front of the luxurious home to express their outrage. On social media, supporters advocated a “divorce” in the country with such deep divisions.

What are the consequences for 2024?

House Conservative leader Kevin McCarthy denounced “intolerable instrumentation for political ends” by the Justice Department and promised an investigation into its operation when Republicans return to power.

Trump was even defended by his former right-hand man, Mike Pence, a possible opponent in the Republican primaries, whose relationship was shaken by the episode on Capitol Hill.

“I share the deep concern of millions of Americans over the unprecedented incident at President Trump’s private residence,” he tweeted.

The conservatives’ favorite television station, Fox News, was also unrepentant. “Biden’s FBI breaches the home of one of his potential adversaries in the 2024 election,” read one headline.

Trump has already raised more than $100 million (an unprecedented amount for a former president) and can announce his candidacy for a new term at any time. For now, he takes the opportunity to ask his supporters for more resources.

His team urged “all red-blooded American patriots to step forward” and donate to the fight against what it called a never-ending witch hunt.