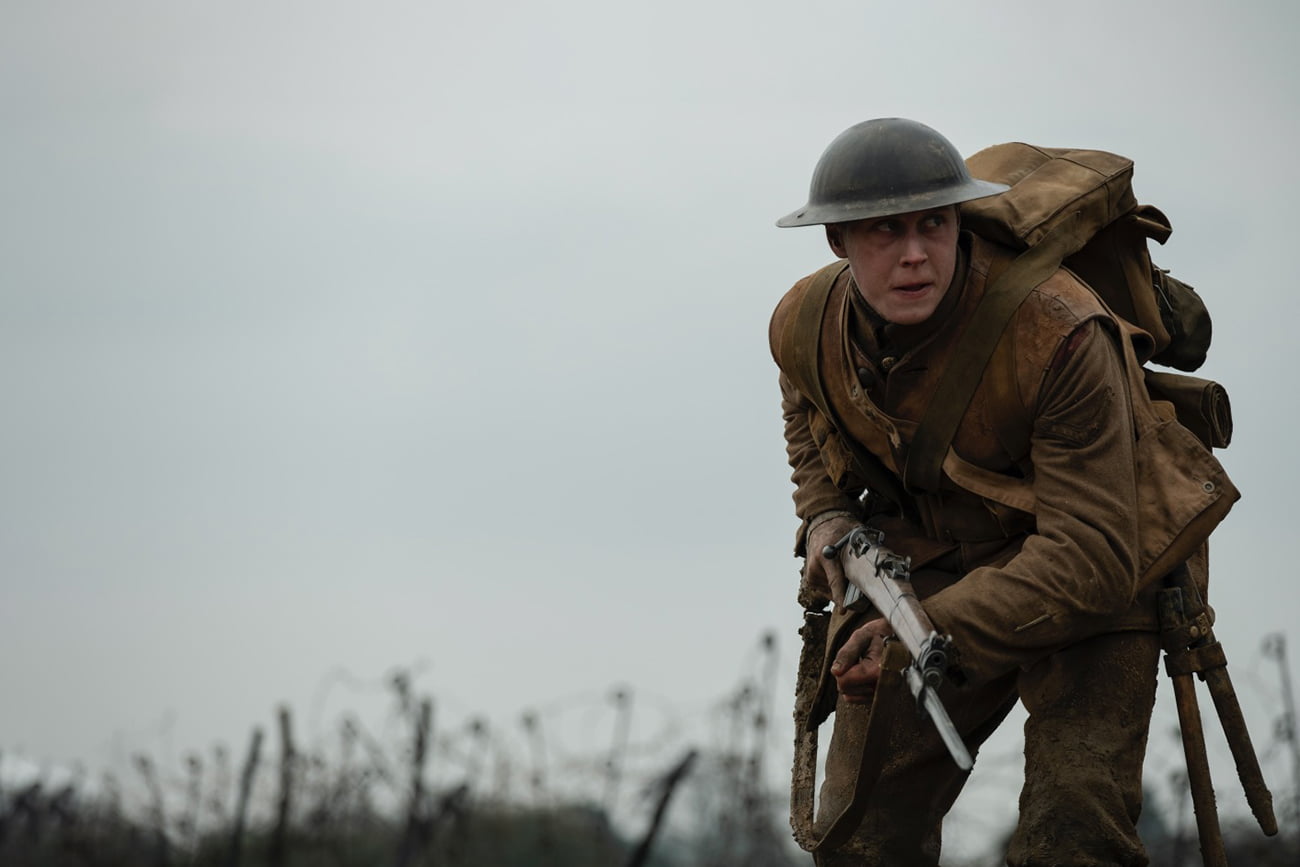 Winner of three Oscars, movie to be watched with a heart rate monitor just debuted on Netflix

Despite the strength of the story, a film has the ability to draw crowds to theaters — or to keep each viewer glued to the sofa in front of the television for more than two hours — also because of technical details, minimal, perhaps detectable only by very close eyes. well trained, which end up making all the difference.

In “1917”, Sam Mendes subverts some ubiquitous clichés of war films, dispensing with the many technological pyrotechnics that most directors are so proud of. The screenplay, by Mendes and Krysty Wilson-Cairns, spans a controversial episode during the First World War (1914-1918). Based on the story that his grandfather had told him, Mendes elaborates a solid odyssey, like the story that fostered it — and it couldn’t be otherwise. Born in Trinidad and Tobago and of Portuguese Presbyterian descent from the island of Madeira, Alfred Hubert Mendes (1897-1991) stood out as a writer, one of the most prominent in the Caribbean in the 20th century. With a succinct but brilliant literary production, Alfred Mendes was sent to one of the countless battlefronts between England and France, British and Germans a few kilometers from each other, shortly after turning twenty, in 1917. From there, Sam Mendes enters with his sophisticated fantasy, under the cable form Blake, played by Dean-Charles Chapman, and Schofield, by George MacKay. Privates are awakened after a brief sleep and are told that they have been assigned a mission as honorable as it is absurd.

In yet another proof of the succession of insanities that overtakes a man throughout a war, the director reveals what it is all about. Blake and Schofield are informed that at another fighting post, not far away, but not too close, one of the United Kingdom troops fighting Germany, where Blake’s brother serves, has scheduled an offensive for a little while, in order to corner the German detachments. But plans have changed. The intelligence team had studied the case further and had come to the conclusion that it was nothing more than a German ambush, which could result in a massacre for the British. As the radio lines are deactivated, it remains for the characters of Chapman and MacKay to go there, on foot, to avoid being seen by the radars, the fine flower of war technology for the time, and warn that the attack was being aborted. But for that to happen, they will, of course, have to first arrive safely after a journey through a strip of land fraught with risk.

Following the trend of productions such as “Saving Private Ryan” (1998), directed by Steven Spielberg, and “Apocalypse Now” (1979), by Francis Ford Coppola, and amalgamating them, “1917” describes with impressive realism the barbarism of richly armed platoons in dispute, and that the result of this bloodbath is far from the history books and even documentaries that detail the uncivilized relationship in which power, politics and the Armed Forces join hands and march together, overcoming the fragile common sense.

Since films about the Second World War (1939-1945) seem to have run out of steam, such as the aforementioned “Saving Private Ryan”, “Inglourious Basterds” (2009), a surprisingly comic farce by Quentin Tarantino, and “Dunkirk” (2017), taken to the screen by Christopher Nolan, the best of them all, was a big deal for Mendes to have taken out of his hat the story that his grandfather told him. Unjustly a victim of accusations such as “hermetic”, “disrespectful”, “frivolous”, the film takes to the last consequences the initial purpose of registering as many images under the expedient of the single shot as possible, reaching the state of the art with the proposal and recalling recent productions that make their motto even more stimulating precisely because of the use of technique, such as “O Regresso” (2015), directed by the Mexican Alejandro González Iñárritu, and “Pieces of a Woman” (2020), by the Hungarian Kornél Mundruczó , and classic cases of Alfred Hitchcock’s “Devil’s Feast” (1948) and Orson Welles’ “The Mark of Evil” (1958).

Aided by the award-winning photography of Roger Deakins, assiduous collaborator of Denis Villeneuve and the Coen brothers, Sam Mendes presents his version of an unknown event, like so many throughout history, giving his work the character of a war epic, enhanced by heroic conduct. of the central characters, two pacifists completely displaced in the midst of a scenario in which they do not recognize each other, whose monstrosity, however, does not separate them from what they are in essence, alluding to “Until the Last Man” (2016), another masterpiece that illuminates sinister areas of the human soul, a specialty of Mel Gibson.

The finely tuned cast, which brings together from Colin Firth to Mark Strong, through Benedict Cumberbatch and Andrew Scott, in sequences in which the precision of the movements matters as much as the story itself, is another of the countless predicates of the film, which had everything to die for. on the beach. Sam Mendes, one of the most important filmmakers of his time, went beyond imagination in “1917”.