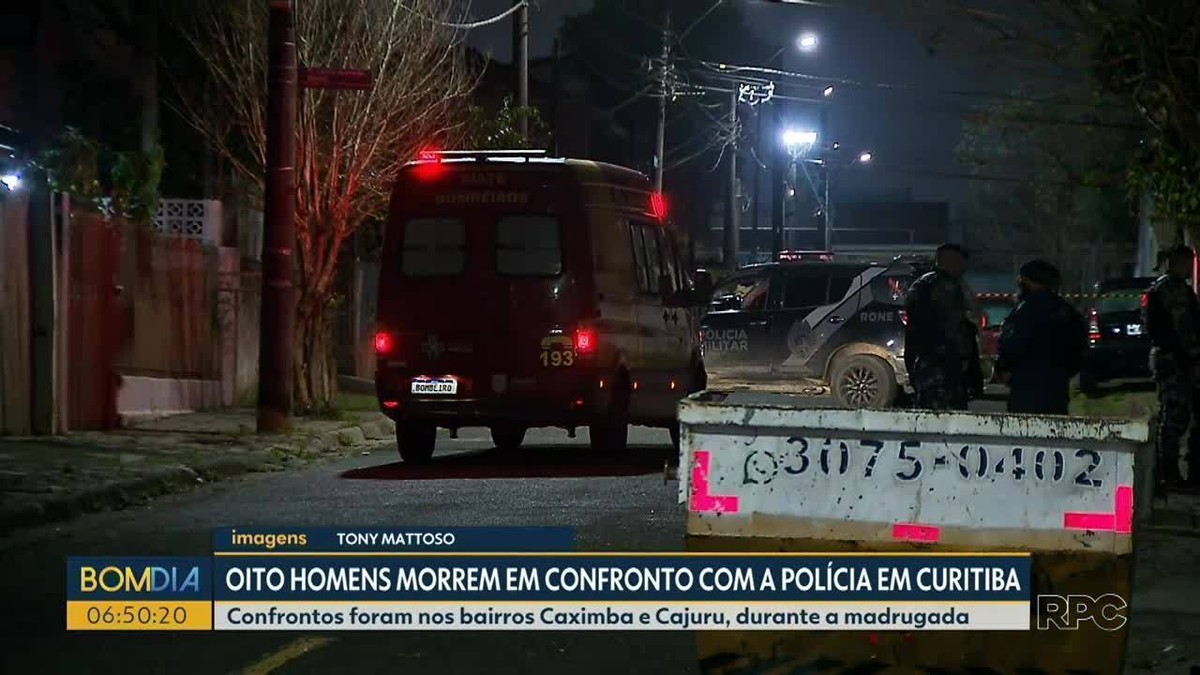 Eight men were killed by military police in the early hours of Thursday (11), in Curitiba. According to the Military Police (PM), the individuals are suspected of being part of the same gang and there were exchanges of fire. The identity of the dead has not been released.

The PM reported that the intelligence sector found that a gang was planning to execute a man who was part of a rival criminal faction. In view of this, the teams were directed to the Caximba and Cajuru neighborhoods.

In the Caximba neighborhood, police officers approached a car with a theft or robbery alert. According to the PM, two men got out of the vehicle and shot at the officers. There was a confrontation, and the two died.

At the same time, in the Cajuru neighborhood, the PM located six people in a house. Upon arriving at the residence, the police reported that they were met with gunfire.

According to the PM, an exchange of fire broke out, and the six men were shot. Everyone also died.

The bodies were sent to the Legal Medical Institute (IML).

In a statement, the Military Police reported that the early morning incidents are linked to the “Criminal Court” situation, in which members of a criminal faction would kill a former member for joining another faction.

What the Police Say

The Civil Police of Paraná (PC-PR) reported that the understanding of the Court of the Audit of Military Justice is that cases of death in confrontation with military police are considered military crimes. Therefore, the attribution for these investigations will be of the Military Police.

“In previous cases in which PC-PR acted carrying out investigations in similar cases, the later understanding of justice was that the investigation would fall to the Military Police”.

Eight men were killed by police in Curitiba — Photo: Arte/g1

VIDEOS: most watched on g1 PR

Previous “There are moments that are not nice”; Fábio Santos ‘sends it real’ about Vítor Pereira’s situation at Corinthians
Next Citizen who claims to be a time traveler from the year 2090 warns of ‘worst hurricane in history’ – News