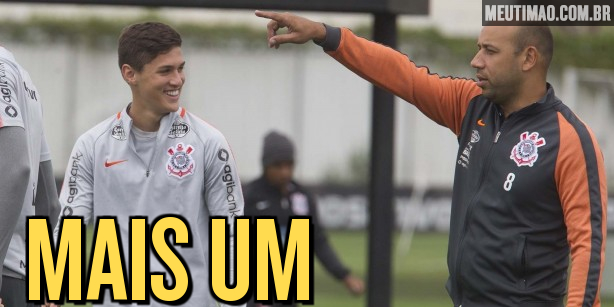 Corinthians has one more case to resolve in the Labor Court regarding former employees. The physical trainer Fabrício Pimenta, who worked at the club between 2010 and the beginning of this year, moves a lawsuit against Timão. The value of the order is R$ 3 million.

According to information from ge.globe, the former employee claims to have suffered moral harassment within the club. In addition, Fabrício also collects amounts receivable referring to: collective vacations, overtime, 13th salary, premium and fine of 40% of the Severance Indemnity Fund (FGTS).

The next step in the labor action takes place on August 25th. The two parties will participate in a hearing at the 6th Labor Court of the East Zone.

The physical trainer was contacted by the report to better detail his allegations, but chose not to comment. Danilo Maurício Suyama, an attorney for Fabrício Pimentas, said his client would not comment on the case. On the part of Corinthians, the club reported that it does not comment on processes that are in progress.

Corinthians’ medical and physical department underwent major changes in 2022. In addition to Fabrício’s departure at the beginning of the year, doctor Ivan Grava, due to internal disagreement, resigned in March 2021. Then, another physical therapist left: Caio Mello was fired after more than a decade in CT. And, more recently, Michel Youssef Muniz Domingos, who was part of the day to day of the CT, was relocated to the base categories of the club, where he previously worked. Finally, Joaquim Grava, who was the club’s medical consultant, resigned.