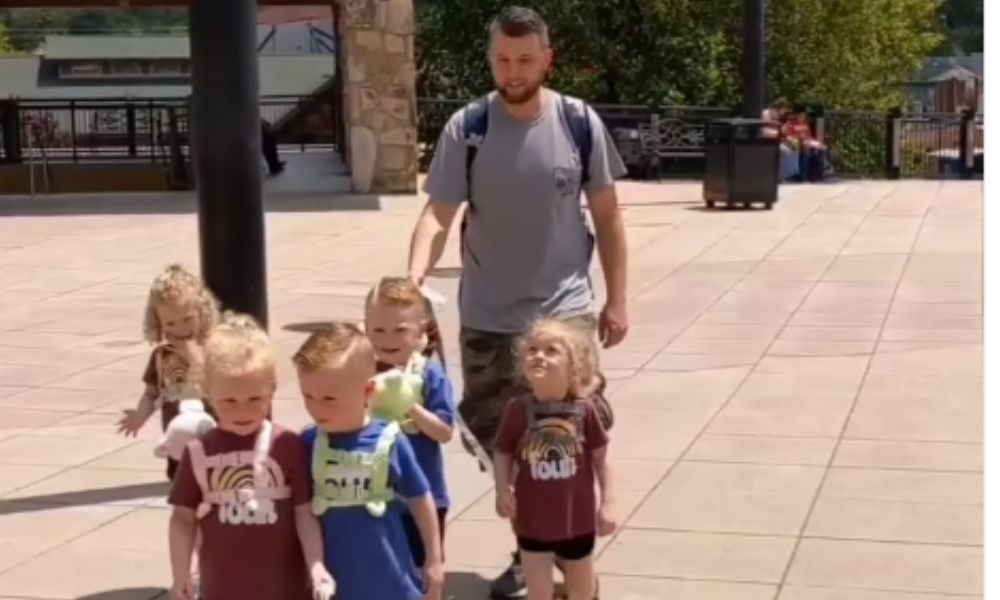 Father of quintuplets is criticized for using ‘child collar’ and retorts: ‘Training my dogs’

Method adopted by Jordan Driskell has divided opinions on social media, but he says that children love it and that the product gives them more freedom when walking with the little ones.

A video of Jordan Driskell walking his 5-year-old quintuplets in a United States went viral on the internet and divided opinions. All because a part of netizens were revolted by the way the man held the children. Driskell was using ‘child collection’, a common feature in the country, the purpose of which is to tie children together by means of a rope attached to the adult’s waist. Despite the criticism, the man does not care about the comments and takes everything in stride. In a post made on his Instagram, he wrote the following message: “don’t mind me, I’m just training my ‘dogs’”, he joked. In an interview with TODAY Parents, Driskell explained why he used the infant collar. “Kids are so curious, they want to run away and explore,” he said. “For our own peace of mind and sanity, we wear a leash,” he added. He also stated that this product allows him and his wife to “get out of the house and do fun family things” without stress. Asked by the newspaper why he doesn’t use other features, such as strollers, he said that “it was too bulky and ridiculous to take anywhere,” and that children “want to walk when we go somewhere crowded. A collar gives them the opportunity to do that”, he explained and informed that the little ones love collars.

Previous First Holographic Teleport Between Canada and the US
Next Why did Shailene Woodley decide to take a break from acting? Actress responds · Rolling Stone