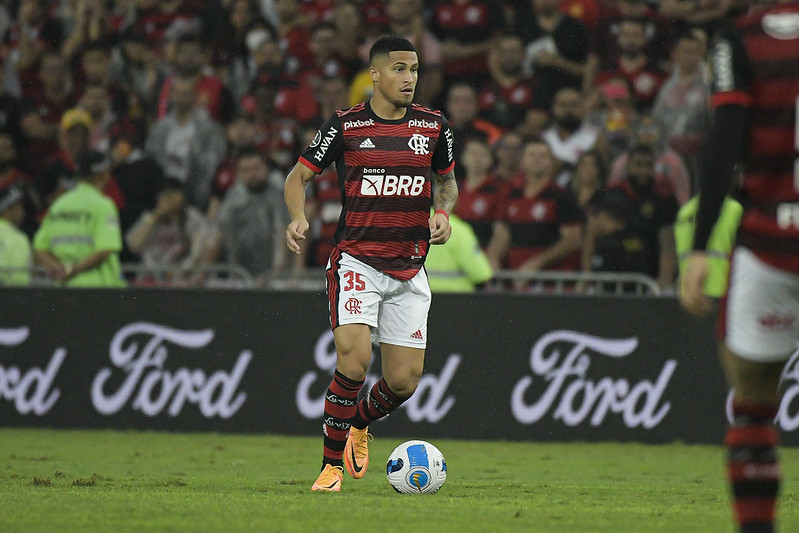 Given as cancelled, the negotiation of Flamengo by Wallace changed its status after polls received by João Gomes. According to information from O Globo, Rubro-Negro continues to discuss the renewal of the young midfielder, but does not rule out selling him.

João Gomes has been one of Flamengo’s main names this season. The young midfielder has been enchanting the whole country with a lot of courage, great tackles and good ball output. However, he has not felt valued by the club contractually speaking. On the subject, football vice-president Marcos Braz revealed that he does not want to lose important players:

“We don’t have (any proposal). But anything can happen until the last window day. We don’t want to lose any player who can miss us, because we’re still standing, we’re well on our way in Libertadores da América, the third semifinal in four years. Tough game against Athletico-PR. And we will fight until the end for the Brazilian. You can be sure of that,” he said.

Read also: With laughter, João Gomes answers if he would play for Fluminense

In the face of speculation, Flamengo behaves as if it is receptive to good proposals by the steering wheel and for this reason it has already received polls by João Gomes. In this sense, Wallace’s name gains strength again at least until the 15th, when the window closes. In his speech, Braz made it clear that interest in the Udinese player still exists:

“Walace is a player who interested, who matters. The transfer window is still in progress. We don’t know if we lose more players, if something will happen until the end of the window. Any player that interested us at the beginning of the window interests us now,” he said.

Flamengo is facing problems renewing the contracts of two of its young players. João Gomes and Lazaro are with the negotiations locked because they did not agree with the monthly salary values. Players considered the offers low.

João Gomes, who is now the owner of Dorival Junior’s team, has a contract with Flamengo until the end of 2025. According to journalist Venê Casagrande, the player and his representatives did not like the amount of salary offered by the club. The reason is the same for the negotiation with Lazaro to have frozen.

According to the journalist, the values ​​offered to the two players were very similar. Flamengo has time to continue negotiating. In the case of João Gomes, the athlete will only be able to sign a pre-contract with another club in July 2025.