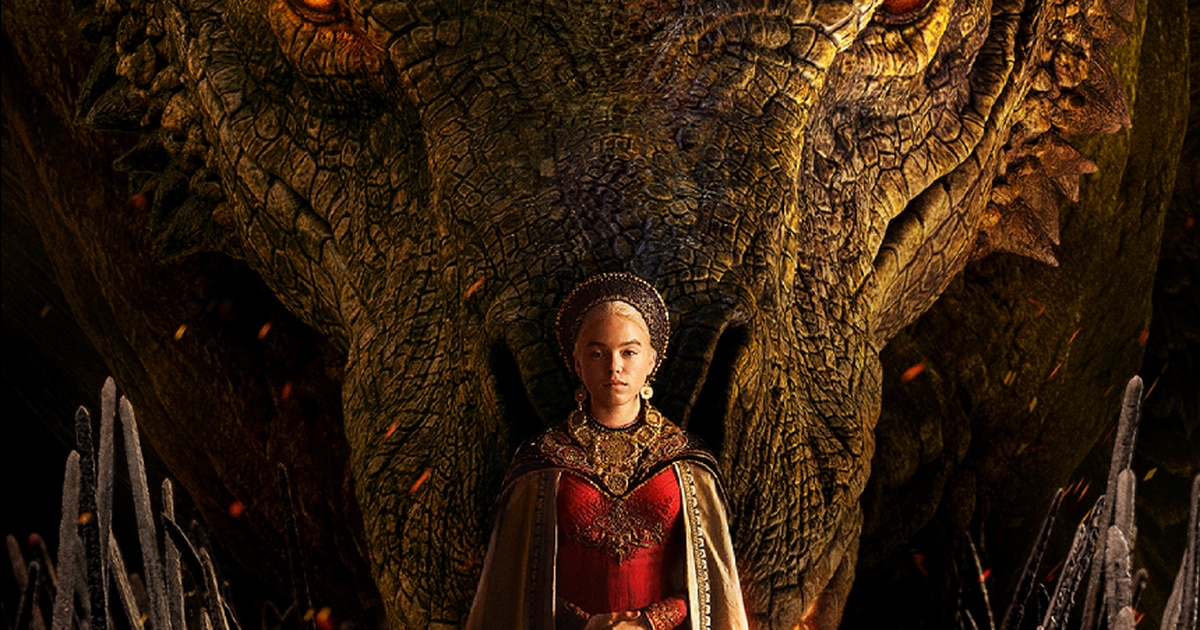 ‘House of the Dragon’ will have 9 dragons; Find out when the GOT spin-off series debuts – Metro World News Brasil

GOT fans are counting down to the August 21 premiere of ‘House of the Dragon’ on HBO and HBO Max. ‘House of the Dragon’ will take place in the middle of the reign of the Targaryens, some 130 years after that dynasty conquered Westeros and nearly 200 years before the events of ‘Game of Thrones’, so don’t expect to see Ned Stark, Jon Snow or Robert Baratheon running. around.

In ‘Game of Thrones’ we were introduced to a universe of dragons, swords, secular families, white walkers and other creatures. In GOT, dragons are quasi-mythical beings, because they are not seen until Daenerys Targaryen (Emilia Clarke) assists in the birth of three. From this moment, the plot changes completely and what seemed right, becomes something totally uncertain.

Who doesn’t remember the scene of Daenerys sending her dragon to spit fire? Even those who have never seen the series will know what we are talking about, because it was something widely publicized on social networks, even generating several memes.

In ‘House of the Dragon’, dragons are part of the kingdom. One of the series’ showrunners, Miguel Sapochnik, said that although they are all dragons, there is something special about each of them.

“Each new dragon has its own personality. That’s what’s happening now in our last part of the animation, we’re applying personal character traits to each of the dragons. One of them has a bad leg. Another is much more like an eagle, because she’s kind of neurotic. And another is like a grumpy granny,” explains Sapochnik.

Connection with the characters

As in GOT, ‘House of the Dragon’ presents dragons as creatures with a very strong connection to their knights. “There is a very symbiotic connection between the dragon rider and the dragon,” explains Matt Smith, who plays Daemon in the plot.

“You have to master it from an early age, and it’s a death-defying experience to try to master it. For lack of a better analogy, it’s a bit like Avatar.”

Nine dragons initially, but in total there will be seventeen

Showrunner Miguel Sapochnik told Empire Magazine that nine of the 17 dragons from ‘House of the Dragon’ will appear during the first season.

Sapochnik also addressed the challenges the team faced in bringing the beasts to life. He said one of the biggest hurdles was trying to move away from the iconic Drogon model to establishing a variety of different designs for the titular dragons in the ‘Game of Thrones’ spinoff series, as he admitted they kept returning to the character’s outward appearance.

More on ‘House of the Dragon’

The new series from the GOT universe is based on the ‘Fire & Blood’ saga by George RR Martin, which consists of two volumes, of which only one has been published so far and will come to HBO in 10 episodes.

Previous Flamengo already has an opponent! Vélez beats Talleres again and returns to the Libertadores semifinals after 11 years
Next “Start programming”; Milton Neves puts ‘expiration date’ on Vítor Pereira and points out the only possible replacement