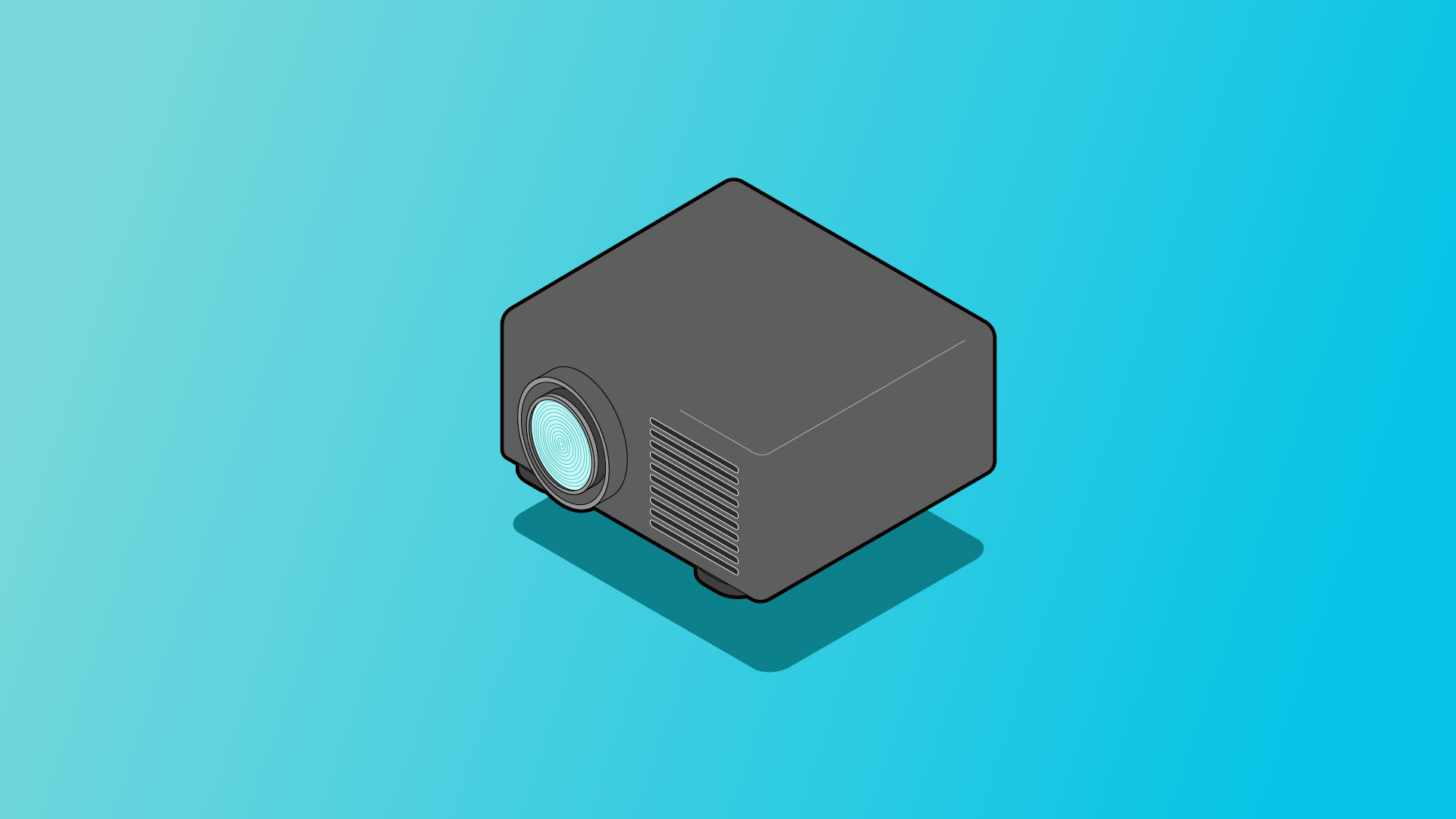 How does a projector work?

The most common projector models are composed of a few main elements: a light source; a means of separating colors from white light; elements that make up each pixel in the image (such as a set of microscopic mirrors or LCD panels); and an electronic control system.

The light source has its beam concentrated by mirrors and illuminates the color separator, which can be a set of special lenses or a rotating disk with filters in red, blue and green.

The rotating disk uses the characteristics of the human eye to its advantage: every 1/50th of a second, our retina combines the amount of red, green and blue light captured to produce an image.

So, projectors using this technology actually rapidly pulse light in each of the colors, creating an optical illusion that makes the human eye understand that it sees a single image, rather than three superimposed ones.

Regardless of the technology, colored light goes to the pixel-forming element.

In the case of devices that use micromirrors, they move to reflect light (creating colored pixels) or block it (creating black pixels).

This coordinated action is controlled by an electronic control unit, programmed to reproduce the video signal received from the source.

On a projector that uses LCD, the panels that receive each of the basic colors (red, green, and blue) can be polarized to control the intensity of those colors. These three different images are combined by a prism to create the final image.

In both cases, the image is reflected in the direction of the lens(es). The bending of this transparent layer(s) causes an optical phenomenon that enlarges the image before it reaches the surface that will act as a “screen”.

Finally, there are projectors that use lasers as a light source. Its advantage is that light also passes through color separation elements, but there is no need for a part to focus the emitted light, as lasers “walk” in a straight line.

Previous Botafogo B loses to Sport on Ilha do Retiro and is eliminated from the Brazilian of Aspirants
Next One in four young Brazilians does not work or study, says ILO – 08/11/2022