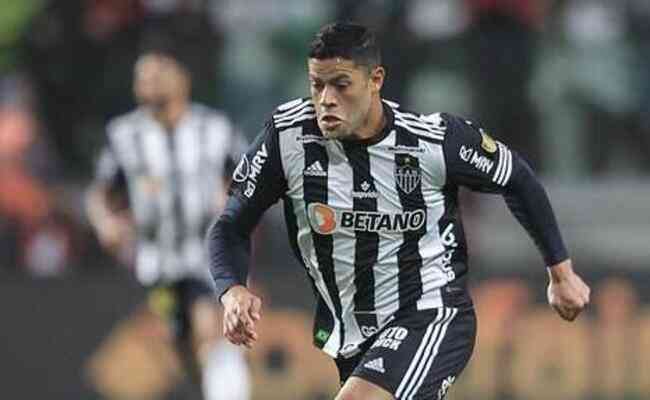 Hulk vents after the fall of the Atltico: ‘We’re not shit’

Striker Hulk lamented the elimination of Atltico to Palmeiras in the quarterfinals of the Copa Libertadores. Right after the penalty shootout at Allianz Parque this Wednesday (10/8), the player said he accepted the criticism, but vented: “We’re not shit”.

“One thing that is a little painful is the lack of recognition, not on the part of the fans, who charge a lot, but they also support a lot and will always have our respect. But the press people, who are criticizing Clube Atltico Mineiro, need to have a little conscience, because for a year now, we are the most winning team in Brazil”, he said.

“In a year or so we had five titles, and the same team. Sometimes we won’t make it, but I’m not sorry for the word, we’re not shit. On the contrary, things happen when they have to happen. We’re not a machine who will play well every time”, continued the striker, in a statement given in the post-match mixed zone.

The game against Palmeiras

Hulk regretted the elimination for Palmeiras, tormentor of Galo for the second consecutive season in Libertadores. In 2021, the team alviverde eliminated Atltico in the semifinal, in Mineiro. This season, after two draws, the São Paulo got the best on penalties.

The game’s plot had two expulsions from the alviverde side (Danilo, in the first half, and Gustavo Scarpa, in the second) and one from the alvinegro side (Vargas in the last move of the game).

“It is difficult, after two well-played games, to come out regretting once again. You have to recognize the merit of the opponent, we were doing very well until Danilo was sent off. Abel (Ferreira, coach of Palmeiras) made a line of five and another with four players, and it was difficult for us to play”, praised Hulk.

“They defended themselves very well, they didn’t cause any danger, because they defended and kicked forward, they did what they had to do to qualify. We fought, we tried. football, who understands football, who can do a reading of the game will understand that we worked like crazy. If they were very good in the defensive part, take the hat off to Abel, who did very well”, he continued.

“The players played a very good role there. When Scarpa was sent off, it was at the end of the game. We fought, searched, had the ball on the post, Jair’s header. We can only regret, raise our heads and work. Football like that,” he added.

Champion of Minas Gerais, Brazilian and Copa do Brasil in 2021, Atltico started 2022 on a high. Still under the command of Turco Mohamed, he again won the State Championship and took the Brazilian Supercup against the mighty Flamengo.

The team’s performance, however, never came close to that of last season. In this scenario, the Argentine coach was fired and replaced by Cuca, who commanded the victorious team of 2021. However, in the meantime, Atltico was eliminated from the Copa do Brasil and Libertadores.

“The most important thing is to recognize the weight of this defeat. A season that we started very well, with two important titles, and then things went a little wrong. Atlético continues to be a great team, with winners. The players deserve respect for what they’ve been doing. “, said Hulk.

Atltico have only matches in the Brazilian Championship ahead of them this season. There will be 17 matches for the team to try to recover. Currently, Galo occupies the seventh position, with 32 points – 13 less than the leader Palmeiras.

“Life goes on. There are 17 games now, 17 finals. All we have to do is give our best, our lives, to get as many points as possible and, who knows, be able to do the math in the end”, pointed out Hulk.

Atltico’s next game for the Brasileiro this Sunday, at 11 am, against Coritiba, in Couto Pereira, for the 22nd round.

Previous ″Trump & Putin will be part of history, on the side of the crazy and despicable″
Next Botafogo close to closing with a duo: learn about signings, departures and club surveys in the market