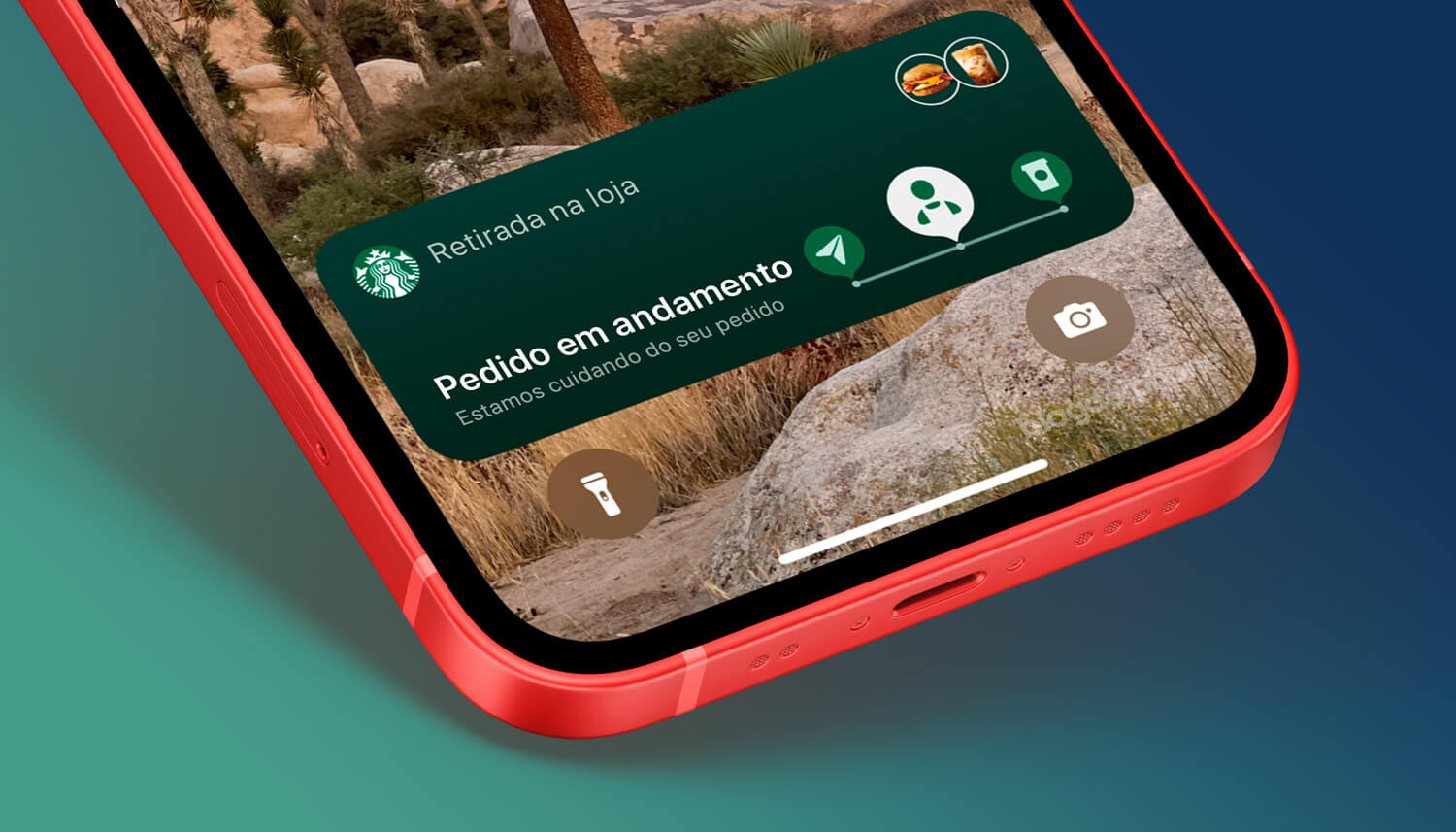 One of the new features of iOS 16 is the Live Activities (live activities) which are a way to put real-time dynamic information on the iPhone locked screen.

are almost like widgets temporary ones that appear at the bottom of the screen, highlighting the information. And all developers will be able to use this feature in their apps.

The most notorious examples given by Apple itself were information about how far away the car you just called by Uber is, or real-time sports scores.

Get a better understanding of what this feature will look like and how you can take advantage of it when it becomes available.

One of the great new features of iOS 16 is the widgets on the iPhone lock screen, heavily inspired by Apple Watch complications to more easily display information such as calendar events, battery level, weather forecasts, alarms, time zone, Activity circles status and more.

But that’s still not the Live Activitieswhich will be much more prominent on the screen, as if they were the normal widgets we already know in iOS.

What are iOS 16 Live Activities

Apple defines this functionality as follows:

Stay on top of what’s happening in real time from the Lock Screen. You can check a game’s score or track restaurant delivery without unlocking your device.

That is, you will no longer need to unlock the screen and open the app to see how your team is playing, or how long the pizza delivery guy will take to get to your house.

Everything is shown in real time on your screen.

Not exactly. They have a different mechanism than home screen widgets.

Their updates are through Notifications push remote or from the application itself. This ensures that the information is updated in real time, which widgets do not.

For an application to offer the feature, it will have to adopt the framework ActiveKit made available by Apple. It will be the decision of each to adopt or not.

In countries that have access to Apple News, users will be able to flag their favorite teams to receive game results on the locked screen when there are matches. At the moment, only the US, UK, Canada and Australia will have this.

Brazil will even have access to the games of MBL (American baseball league) through Live Activities. But let’s face it, it’s not such a popular sport in our lands…

Despite this, nothing prevents independent applications from offering results for teams and sports from other regions of the world.

So it will depend on each app to offer the feature that will be available in iOS 16.

Apple itself has already released two examples of Live Activities on iOS: in the app Song and when some timer is connected to the device.

What devices will be supported?

In principle, Live Activities will only work in iPhoneswithout generation limitation.

When will Live Activities be available?

Apple says the feature won’t be ready on the iOS 16 release date. That is, it will come in a future update by the end of 2022.

It’s not the first time she’s done this, and it usually means she wants to do all the testing before making it available to the end user.

Previous Soteldo returns to Santos to share the role with Meninos da Vila
Next Stone of hunger reappears in Europe amid drought and lights alert: ‘Period of misery’

At best deals, no tail tied O Google will present your pixel 7 this Thursday …