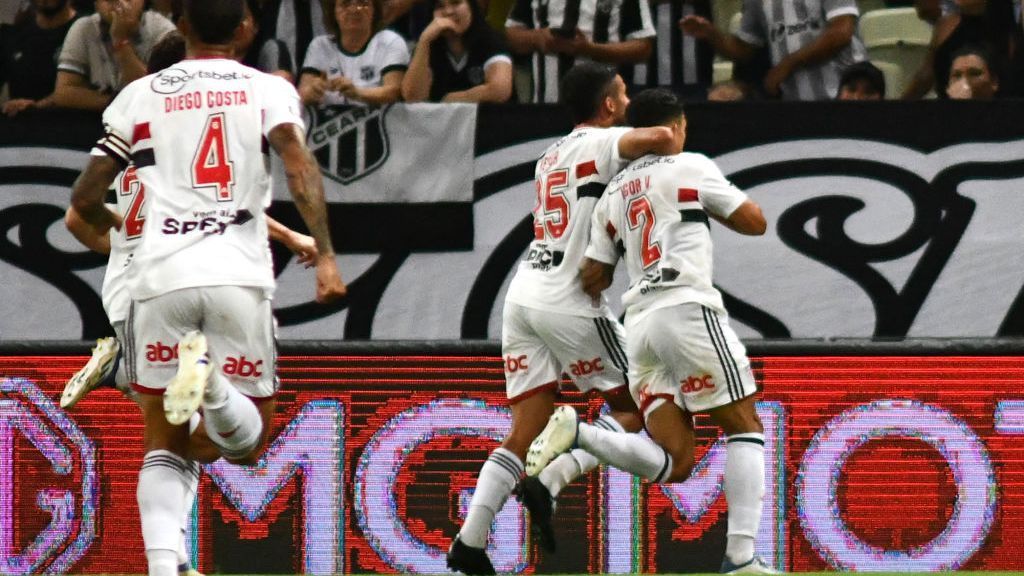 Rogério Ceni’s team did not have a good start at Castelão, but qualified

In the return leg of the quarterfinals of Copa SudamericanaO Sao Paulo lost to Ceará 2-1 on Wednesday in normal time, but won 4-3 on penalties and qualified for the semifinals of the competition.

Steven Mendozaformer player Corinthiansopened the scoring in the 44th minute of the first half with a headed goal, rising higher than Igor Vinícius after a succession of failures in the São Paulo defense.

At halftime, Rogério Ceni made two changes that proved to be decisive: he removed Galoppo and Pablo Maia and replaced Nestor and Gabriel Neves. At 8 minutes into the second half, Igor Vinícius redeemed himself and tied the game for the São Paulo team.

However, at 18 of the final stage, Guilherme Castilho hit a kick from outside the area and put Vozão back in the lead of the score.

With this result, São Paulo advances to the semifinals of the Copa Sudamericana and will face Atlético-GO in the next stage of the competition.

São Paulo will play again this Sunday, at Morumbi, at 18:00 (Brasilia), against Red Bull Bragantino, for the Brazilian championship.

Ceará also plays on Sunday, at 4 pm (Brasilia), against Fortaleza in the classic at Castelão.