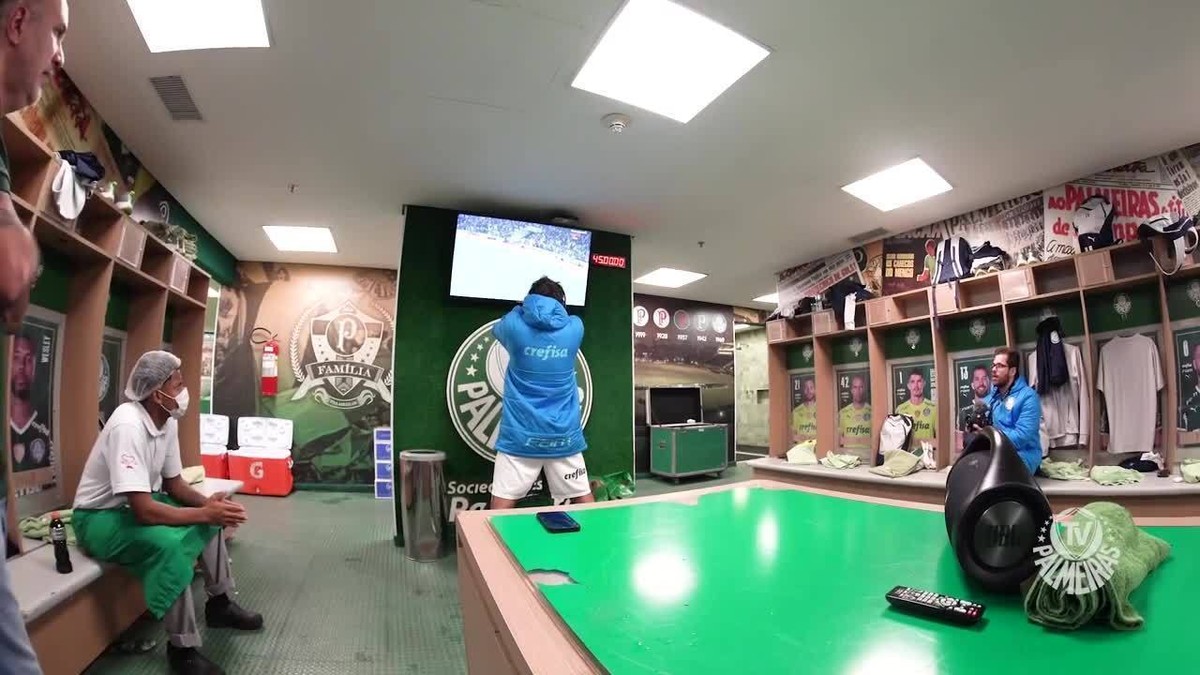 Expelled in the second half of the duel between Palmeiras and Atlético-MG, for the return game of the quarterfinals of Libertadores, last Wednesday, at Allianz Parque, Gustavo Scarpa had to follow the penalty shootout, won by Verdão by 6 to 5, from the locker room.

Wearing a club coat and listening to music with headphones, the midfielder, one of the main highlights of the season, had a night of cheering in front of the TV in the dressing room at Allianz Parque. He suffered, he sang, he gave tips to Weverton to defend… 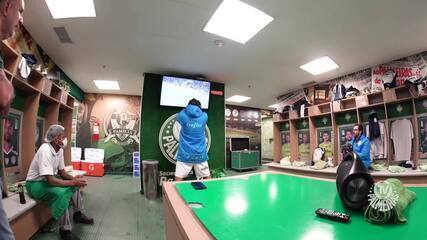 Suffering and partying: Scarpa’s reactions in the locker room during penalties

In a different way, Scarpa joined the more than 40 thousand present at the stadium in apprehending the penalties. In addition to him, who received the red card in the second half, Danilo was sent off in the first half. Verdão held the 0-0 in a heroic way and advanced on penalties.

On the field, the other players, the coaching staff and the crowd present also experienced the same apprehension, followed by an explosion of joy, as shown in the sequence of photos from the classification. Now, Verdão is waiting for the winner of Estudiantes x Athletico-PR to know who will win in the semifinals.

Scarpa sees penalties in the locker rooms in Palmeiras vs Atlético-MG – Photo: Reproduction

Palmeiras beat Atlético-MG in penalty kicks last Wednesday, after a 0-0 draw in normal time, and qualified for the Libertadores semifinals. Now, awaits the winner of Estudiantes x Athletico-PR.

Allianz Parque received 40,433 fans. Verdão played with two players less: Danilo was sent off in the first half, and Gustavo Scarpa received a red card in the second half. In stoppage time, Galo also lost Vargas, by expulsion.

Danilo is sent off in the first half — Photo: Marcos Ribolli

Abel Ferreira complained a lot about the refereeing throughout the game — Photo: Marcos Ribolli

Veiga tried to surprise with a free-kick, but had no luck — Photo: Marcos Ribolli

Weverton was the main hope in the penalty shootout — Photo: Marcos Ribolli

Weverton and Gustavo Gómez in the heroic classification of Palmeiras in the Libertadores — Photo: Marcos Ribolli

Another angle of Weverton’s save on Rubens’ penalty — Photo: Marcos Ribolli

Weverton celebrates the classification of Palmeiras in the Libertadores – Photo: Marcos Ribolli

Palmeiras fans in a game against Atlético-MG — Photo: Marcos Ribolli

🎧 Listen to the ge Palmeiras podcast🎧