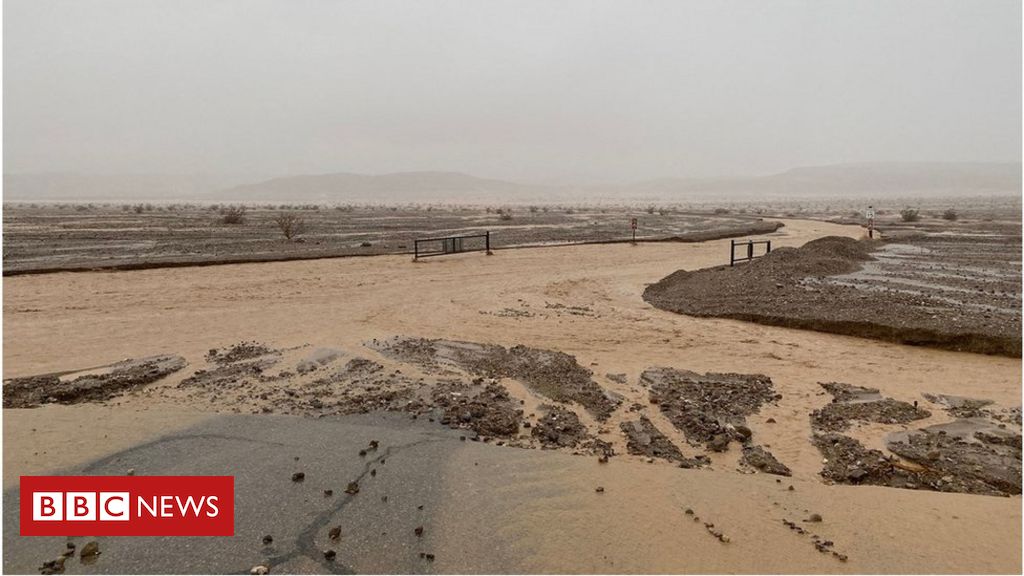 The extraordinary flood of the Death Valley desert, which can occur ‘every thousand years’

A very unusual event happened in Death Valley in the Mojave Desert in the USA. The rains of the last few days were so intense in this American national park – in the States of California and Nevada – that they caused a great flood and about a thousand people were “trapped”, half of them visitors and the other half workers.

What drew attention was the amount of water that fell over the weekend in Furnace Creek, where the headquarters of Death Valley is located, in a span of three hours: 37.1 millimeters. This is equivalent to the average amount of rainfall in a year at the site, according to the National Park Service (NPS).

“The heavy rain that caused the devastating flood in Death Valley was an extremely rare event that occurs once every thousand years,” said Daniel Berc, a meteorologist at the US National Weather Service.

The expert clarified that it is not that the event happens exactly every 1,000 years, but that he refers to the fact that “there is a 0.1% probability of happening in any one year”.

The weather disaster caused widespread damage in Death Valley and the closure of all internal roads. In addition, about 60 cars were stranded, the NPS reported.

“Death Valley is an incredible place of extremes,” park superintendent Mike Reynolds said in a note published by NPS.

“It’s the hottest place in the world and the driest place in North America. This week’s 1,000-year flood is another example of this extreme environment. With climate change models predicting more frequent and intense storms, this is a place where we can see climate change in action,” he added.

Death Valley, in the Mojave Desert, has its deepest point 86 meters below sea level and has recorded maximum temperatures of 56.7ºC. That mark was reached on July 10, 1913 and has never been surpassed in the world.

This valley has been inhabited for at least 1,000 years by the Timbisha tribe.

Its name was given by adventurers who dared to cross it in the early 19th century, attracted by the gold rush.

In 1994 it was declared a national park – it is the largest in the country after Alaska – and each year more than a million people visit the site.

Previous 10 tech news to start the day (11/08)
Next ‘The Lord of the Rings: The Rings of Power’ gets a new teaser DUBBED with never-before-seen footage; Check out!