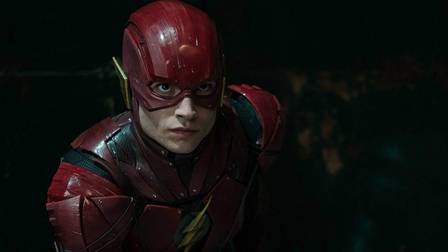 Actor Ezra Miller, star of “The Flash”, is named by police in Vermont, in the United States, as a suspect in the disappearance of a mother, aged 25, and her three children, aged 5, 4 and 1. According to court documents obtained by Rolling Stone, the family is said to be living on a farm belonging to the artist and the place would be filled with “firearms, ammunition and marijuana”.

Also according to documents obtained by the magazine, police officers tried to deliver an emergency service order, which required the removal of the young woman and children from the house. On one of these visits, the famous actor was accused of theft, after allegedly breaking into a home and taking several bottles of alcohol.

According to the Rolling Stone report, Miller told officials that the family had not lived there for “months.” However, the statement contradicts the young woman’s own posts on social networks, because until the end of July she posted content in which it was possible to recognize the actor’s home.

The woman would have moved in with the artist in April, according to Rolling Stone, after they became friends on a trip to Hawaii. On that same tour, Miller was arrested twice on charges of assault and harassment. Before this episode, the artist had already starred in more than one case of fights and aggression against fans.

In June, also for the magazine, she said that the American helped her escape a “violent and abusive ex” and that, now, she “can finally provide a safe environment” for her children. The children’s father denied the allegations made.

The actor played the character Flash in “Justice League” (2017) and filmed the long-awaited “The Flash”, scheduled for release in June 2023.

The advantages of being invisible

In 2012, Ezra Miller brought the character of Patrick to life alongside actors Emma Watson and Logan Lerman in the romance film “The Perks of Being a Wallflower”.

We Need to Talk About Kevin

In the movie “We Need to Talk About Kevin”, released in 2011, Ezra Miller plays Kevin, a young psychopath.

Fantastic Beasts and Where to Find Them

Ezra Miller gave life to the character Credence Barebone in the films of the franchise “Fantastic Beasts and Where to Find Them”.