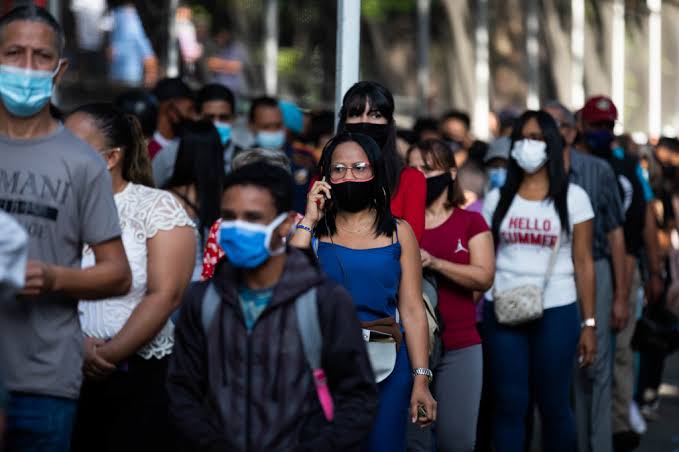 Dr Elmer Huerta, a health contributor to CNN, explains that recent research points to two theories based on several studies.

With prevention measures and vaccines, it seems we are putting the worst of the pandemic behind us and the threat of Covid-19 appears to be less than it was in 2020.

However, the virus has played its part and more infectious variants have emerged in the last year causing new waves and thousands of infections around the world that do not stop.

Right now, there are still a few lucky ones who haven’t been infected with the coronavirus, and given the number of infections, this group is getting smaller and smaller.

While this has been one of the biggest questions for science, conclusive evidence has yet to be found as to why some people managed to avoid infection after more than two years of the pandemic.

Since the beginning of the pandemic, there has been talk of immunity in people who had been exposed to Covid-19 but were not infected.

Since then, scientists around the world have studied whether natural immunity is possible, but so far there is no conclusive evidence.

In a study published by Nature in late 2021, scientists say they are evaluating and studying the genetics of people believed to be resistant to Covid-19 infection.

Researchers are trying to find out exactly what unique genetic and immunological traits can make someone more vulnerable or immune to the disease.

“Clinical variability in response to infection, viral or not, can be explained, at least in some individuals, by human genetic factors”explains the study.

And he ensures that so far the proportion of people naturally resistant to SARS-CoV-2 infection is unknown.

However, they claim, from several lines of evidence, that a number of candidate genes potentially involved in innate human resistance to Covid-19 infection have emerged.

According to data from the US Centers for Disease Control and Prevention (CDC), 43.3% of Americans have antibodies against SARS-CoV-2, which would imply that just over half of the population has not had the infection.

Aside from taking good care of themselves during the pandemic, it’s not exactly clear why more than half of Americans haven’t been infected.

Dr Elmer Huerta, a health contributor to CNN, explains that recent research points to two theories based on several studies.

The theories are to explain the phenomenon by which some humans can be resistant to infection with the new coronavirus.

The first theory says that certain people are able to eliminate the new coronavirus due to the neutralizing antibodies and memory T cells they have in their body, the product of having suffered from old colds.

The second theory says that certain humans are capable of producing substances within their cells that not only destroy the invading virus, but also destroy the infected cell.

Huerta’s conclusion is that, apparently, some people, “by genetically determined mechanisms, they are able to not be infected by the new coronavirus.

Either because they are protected by old infections with other coronaviruses or because they produce substances inside their cells to destroy the virus.”