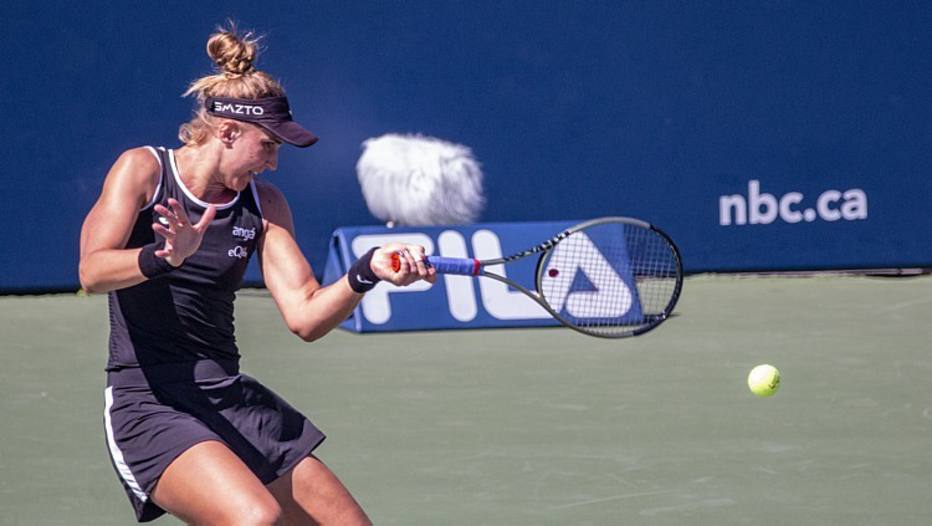 The best year of his career Beatriz Haddad Maia won another beautiful episode this Thursday, in Canada. The Brazilian tennis player faced the number 1 in the world, the Polish Iga Swiatek, and won an incredible victory by 2 sets to 1with partial 6/4, 3/6 and 7/5, in the round of 16 of the WTA 1000 in Toronto. She is the first representative of Brazil to beat an opponent who occupies first place in the ranking. In the next phase, Bia Haddad will measure forces with the winner of the duel between the Spanish Garbiñe Muguruza or the Swiss Belinda Bencic.

“To play tennis at this level, regardless of where you play, you have to push yourself to the limit. I am very happy and proud of myself and my team”, said Bia after the game. “Thank you to everyone who came to cheer today. I hope that in the next round you will cheer for me too”, she added, joking about having eliminated Canadian Leylah Fernandez, number 13 in the world, in the previous round.

The victory over Swiatek, who is looking for his 50th victory of the year, is another shining moment for the tennis player from São Paulo this season. Currently 24th in the WTA ranking, she owns the best placement of a Brazilian in the series. In pursuit of her first 1000-level tournament title, she won the Birmingham and Nottingham 250 WTAs during the month of June, which boosted her through the ranks.

From the beginning, Bia showed that she had the conditions to face the world’s number 1 on an equal footing. They tied the game right after losing the first game and made a dispute there and home, looking for a tie for the second time before breaking the Polish serve and turning the match to put 3 to 2 on the scoreboard.

From then on, she never left the front and closed the partial in 6 to 4, becoming the first Brazilian in history to win a set against the first place in the ranking. Before her, only two representatives of Brazil faced the best in the world in their times. Neige Dias lost by double 6 to 0 against Steffi Graf, in 1989, in the WTA in Berlin, and Teliana Pereira took 2 sets to 0 (6/2 and 6/1) of Serena Williams, in the dispute of 2016 of Roland Garros.

In the second set, Swiatek won the first game again and, as in the first, saw Bia turn. This time, however, the Polish did not allow the Brazilian to take the reaction further, broke the service in the sixth game and confirmed the service in the sequence before confirming the victory by 6 to 3.

Dedicated to making history, the tennis player from São Paulo had her serve broken in the first game, but returned the break soon after. After she got the 2-1 comeback, she gained a lot of confidence and balanced the game again, after the swings in the previous set. Very strong in the serve, she also took advantage of some Polish mistakes to reach the final games at an advantage. After Swiatek saved two match points, when the score was 6-5, the Brazilian broke the serve of number 1 and secured the 7-5.

“Very happy with today’s work. It’s certainly very special to enter a stadium like this and feel ready to compete. Regardless of winning or losing, but feeling competitive, believing in my work and valuing myself. It’s not easy enter the court against the number 1 in the world. I had my ups and downs, with moments that I could have been frustrated, but that’s where the strongest part of the work I’ve been doing with Rafa (Paciaroni, coach), which is play in a conscious way. I was mentally disciplined and humbled in difficult times, I stayed in the present and didn’t get carried away by the emotional, and I think that’s why I came out with the victory today”, said Bia, before talking about the next challenge .

“I still don’t want to think about tomorrow. It’s not always that we go on the court against the number 1 in the world and come out with the win, so I want to enjoy the next few hours and later we’ll start thinking and preparing for the next one. They are two very good players who have won great things, so it’s dealing with difficult moments, trying to improve my tennis and working hard”, he concluded.