In a recent interview, Angélica declared that she is experiencing a calmer phase in her work. And she celebrates the new stage because she can be closer to her children and her husband, Luciano Huck. The presenter confessed that she always worked a lot and that, in a way, she was away from a daily coexistence with her family.

There are those who swear that Wanessa Camargo will be part of the “Camarote” in the edition of “Big Brother Brasil” next year. It is no secret that Globo and its director Boninho are already working on the production of the reality show. Now, it’s wait and see.

Former player and politician Romário paid tribute to his daughter, Danielle Favatto, for her 25th birthday. What’s more, Romario also made a point of talking about his joy. Danielle is pregnant with soccer player Fábio Henrique and Romário will be a grandpa with a girl.

Publicist Mocita Fagundes published an outburst remembering the death of Tarcísio Meira, which occurred one year ago; The actor was victimized by complications from Covid-19. Mocita is married to Tarcísio Filho and recalled the family life and the good relationship she had with her father-in-law. She also spoke about the emotional state of Glória Menezes, who feels the loss after almost sixty years of living together.

Living in the United States for five years, Nívea Stelmann revealed that she has a great relationship with Mário Frias, with whom she was married between 2003 and 2005 and with whom she had a son Miguel. The actress revealed that father and son are very good friends and meet frequently. Currently, Nívea is married to Marcus Rocha and the couple has a daughter, Bruna Rocha.

Filming of the feature film “As Polacas”, directed by João Jardim, ended last week in Rio de Janeiro. Starring Valentina Herszage and Caco Ciocler, the film takes place in 1917 and tells the story of Rebeca (Valentina Herszage), a Jewish woman who flees from Poland towards Brazil, together with her son, little Joseph, to find husband and start a new life. Arriving in Rio de Janeiro, Rebeca discovers that her husband has died and finds herself in a strange country, helpless, without money and without a home. She then soon becomes the target of Tzvi (Caco Ciocler), a brothel owner involved in trafficking women. Blackmailed, the young woman will have to fight for her freedom.

The “Canal Livre” that the Band exhibits today, at its end of the night, celebrates 100 years of radio history in Brazil. The program welcomes researcher Magaly Prado, author of the book “A História do Rádio no Brasil”, and broadcaster, journalist and presenter Milton Neves. During the attraction, guests list the most memorable moments and remember emblematic characters. The presentation is by Rodolfo Schneider. Journalist Sérgio Gabriel participates in the bench.

at the beginning of the career

The eternal heartthrob Antonio Fagundes dated Aracy Balabanian when he was 19, early in his career. It was the actor himself who said this in an interview. At the time, Aracy was a big star on TV Tupi.

Actress Isabella Santoni lives in a penthouse located in the Recreio neighborhood, Rio de Janeiro. The property is said to have 150 m².

Anyone who sees the famous can’t imagine the hardships they went through in their careers. The renowned Sandra Bullock said that she has thought about abandoning her career because of machismo in Hollywood. “I felt like a smaller person for being a woman,” the actress said.

1) In which novel Gui, character of actress Juliana Paes, had to disguise himself as a ninja to steal a safe?

2) Saldanha and Gaspar were played, respectively, by which actors in the soap opera “Top Model”?

a) Cláudio Heinrich and André Marques

3) Who is the interpreter of the song “Jura” that was the musical theme of the soap opera “O Cravo e Rosa”?

4) Who was the author of the soap opera “Estúpido Cupido”, shown by Rede Globo in 1976?

Review your commitments and get rid of the overload. Let go of what is not your responsibility. Don’t get hit. Avoid anxiety and take one decision at a time.

Value your mental capacity and stand firm in your ideas safely. Exercise your reasoning in a more coherent way and always be sincere and honest in your opinions.

The period leads you to easy communication, but at the same time, you won’t be able to act without aiming for something. Be careful not to be sly, disguising your real intentions.

It takes wisdom and objectivity to disconnect only from what is obsolete. Recycle only what you need. Don’t despair if something goes wrong. Better days will come.

Focus on your goals, but make room to review the strategy. The moment calls for detailed examination of the decisions made. Take it easy and don’t rush.

Cultivate good coexistence at work and invest in your image. Show responsibility. Don’t rush into flirting. Take time to better understand your feelings.

Enjoy life and always act honestly. If you are alone, there are great chances of getting involved with an interesting person, so use your charm and be affectionate with everyone.

The day can be productive as long as you are used to getting things done and letting go of laziness. So, try to make the best use of your time, not wasting it.

A good feeling of hope and well-being comes naturally. It is a very good day not to think about serious or necessary things. Live life softly.

Be careful not to have difficulties communicating clearly. Do not express yourself in a confused and fanciful way. Keep your thoughts organized.

Make clear decisions and take all your imperfections seriously, rather than being condescending out of sheer laziness. So you can grow, free yourself and be happy.

Words aren’t always enough, so get more action. Open your heart to the person you love and don’t let old resentments dominate the situation. Overcome shyness.

There is no display.

(FILM SCHEDULE IS SUBJECT TO CHANGE WITHOUT NOTICE)

(Miracle In Cell No. 7) 12:30 pm on Globo, USA, 2019. Directed by Mehmet Ada Oztekin. With Aras Bulut Iynemli, Deniz Baysal, Nisa Sofiya Aksongur. A passionate story that tells the story between a mentally challenged father who has been wrongly accused of murder and his adorable six-year-old daughter. Prison would be his home.

(Big Daddy) 14:00, on Record, USA, 1999. Directed by Sandler, Joey Lauren Adams, Jon Stewart, Cole Sprouse, Dylan Sprouse, Josh Mostel. Sonny Koufax is 32 years old, has a law degree but, unlike his college colleagues, works at a toll booth out of sheer laziness to seek something better. Tired of being dumped by women, who accuse him of being immature, Sonny comes up with the idea of ​​adopting Julian McGrath, a five-year-old child, to demonstrate maturity. But not everything goes as he imagines and he soon realizes that taking care of a child is not that simple.

(The Clumsy Vagabonds) 00:00, on SBT, Brazil, 1982. Directed by JB Tanko. With Renato Aragão, Dedé Santana, Mussum, Zacarias, Edson Celulari. Bonga and other friends live in a cave, where, despite facing poverty, love and affection, they attract many needy children who feel welcomed as part of a family.

(Godzilla) 00:15, on Globo, USA, 2014. Directed by Gareth Edwards. Starring Aaron Tylor-Johnson, Bryan Cranston, Ken Watanabe, Elizabeth Olsen, Sally Hawkins, Juliette Binoche. Joe Brody raised his son alone after his wife died in an accident at the nuclear power plant where they both worked in Japan. He never accepted the catastrophe and, 15 years later, he continues to ruminate over what happened, trying to find some explanation. Ford Brody, now an adult, is a soldier in the US Army and must fight desperately to save the world’s population – and especially his family – from the gigantic, unshakable and incredibly terrifying monster Godzilla.

(Bus 657) 2:25 am, on Globo, USA, 2015. Directed by Scott Mann. Starring Jeffrey Dean Morgan, Robert De Niro, Dave Bautista, Kate Bosworth, Summer Altice, Rosie Fellner. Vaughn is unable to pay for his daughter Sydney’s medical treatment. Desperate with the situation, he teams up with greedy co-worker Cox to rob the casino where they work, run by Pope. But the situation gets out of hand and the duo hijacks a bus with hostages and still has to escape the sights of the police officer who is investigating the case.

(Taxi 3) 2:30 am, at Bandeirantes, France, 2002. Directed by Gérard Krawczk. With Samy Naceri, Marion Cotillard. A new gang calling itself Santa’s gang arrives in France causing chaos and destruction across French cities. Not even the police can stop them. The only solution to the problem is the involvement of Daniel and his impetuous taxi moving the streets of the country. 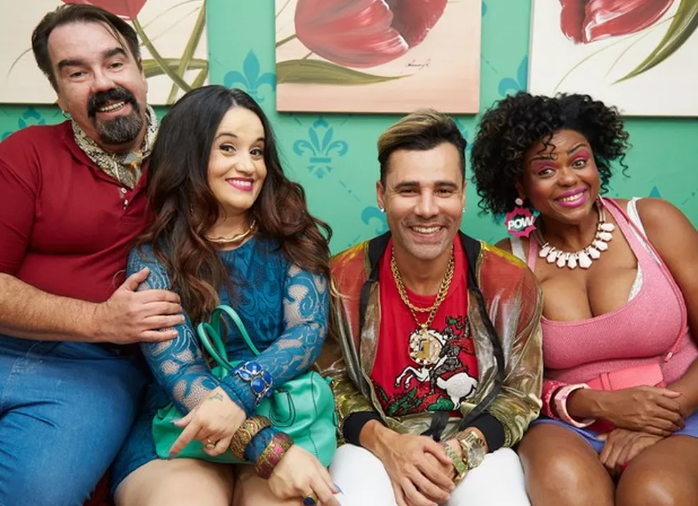 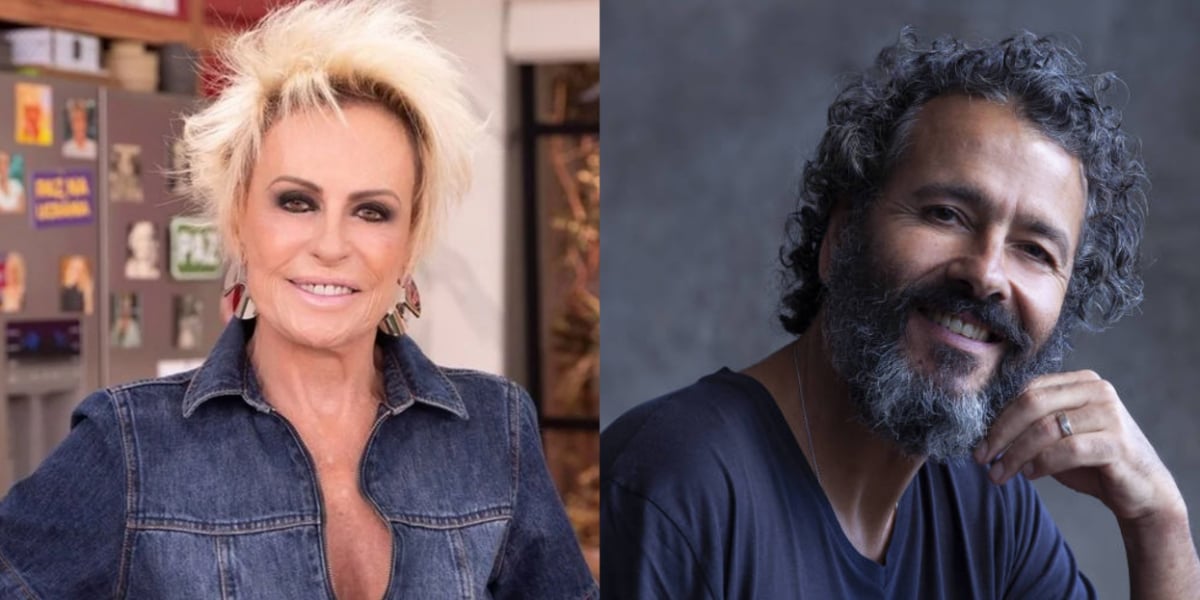 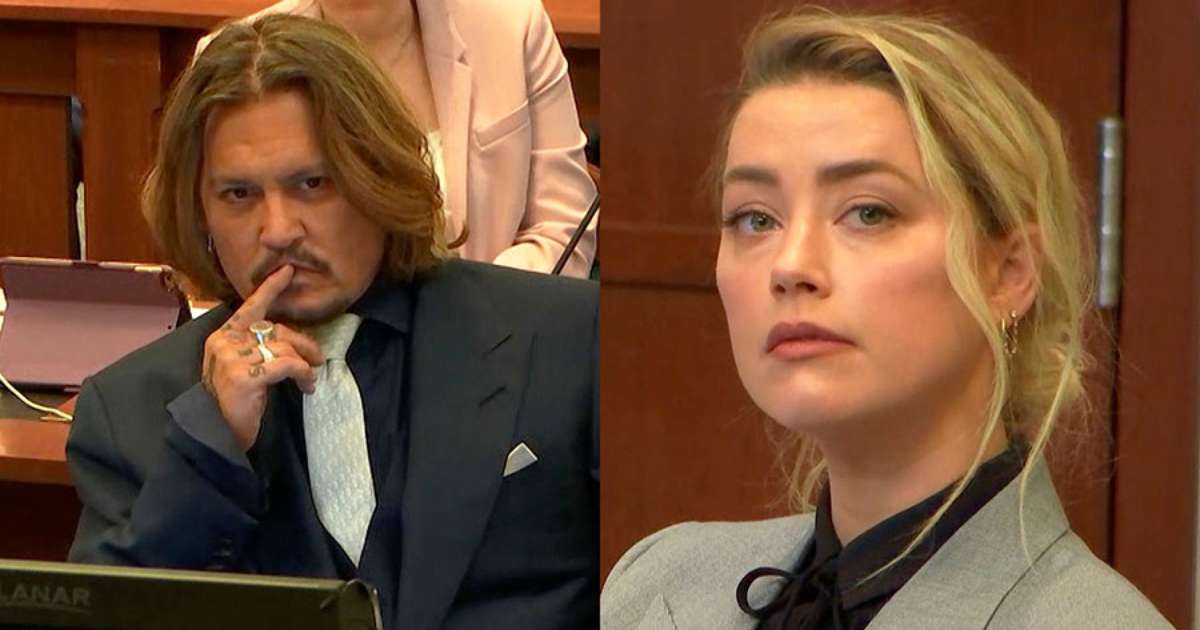