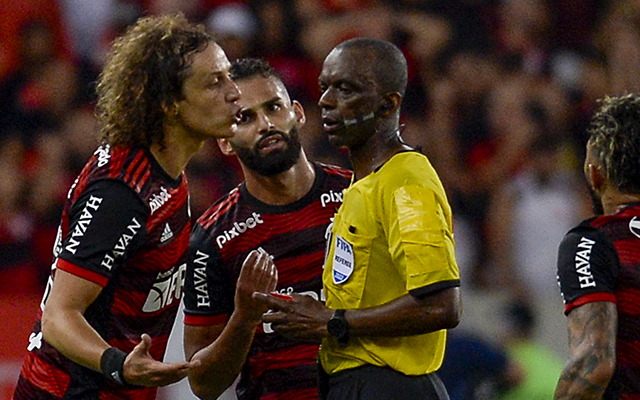 Defender will serve automatic suspension in the return game, but could get even greater suspension

O Flamengo is about to face the Atletico-PRthis Sunday (14), for the 22nd round of the Brazilian championship. However, it is the ‘reunion’ between the teams for the return game of the quarterfinals of the Copa do Brasil that has drawn attention. That’s because, before the duel, three red-black players will be judged by the Supreme Court of Sports Justice (STJD). In addition to Gabigol and ArrascaetaDavid Luiz will also be ‘evaluated’.

Expelled in the first leg of the quarterfinals of the Copa do Brasil, against Athletico-PR, David Luiz was denounced by the STJD and will be judged in a scheduled session to be held next Wednesday (17), day of the return game between Flamengo and the team from Curitiba. Having received the red card, the defender will already miss the Fla in the clash. However, the result of the trial worries Mais Querido if the club advances in the national competition.

The best offers for Flamengo products: enjoy discount and gifts!

It is worth noting that, David Luiz was framed in Article 258 of the Brazilian Sports Justice Code (CBJD). For this, the penalty is suspension of two to six matches. In this way, if the Flamengo advance to the semifinal of the Copa do Brasil and the defender is condemned, Rubro-Negro will not be able to count on the athlete for the sequence of the tournament.

Also denounced, Gabigol and Arrascaeta will be judged by the STJD on Tuesday (15), that is, one day before the game against Athletico-PR. That’s because, the court accepted the request of the Curitiba team and the duo will be evaluated for violent conduct and, thus, they also run the risk of being suspended and not being able to perform at the Arena da Baixada, stage of the clash.

Before that, however, the Flamengo need to focus on the meeting with the team from Paraná this weekend. On Sunday (14), Mais Querido will host Athletico-PR, at Maracanã, starting at 4 pm (Brasilia time). The match will be valid for the 22nd round of the national tournament.