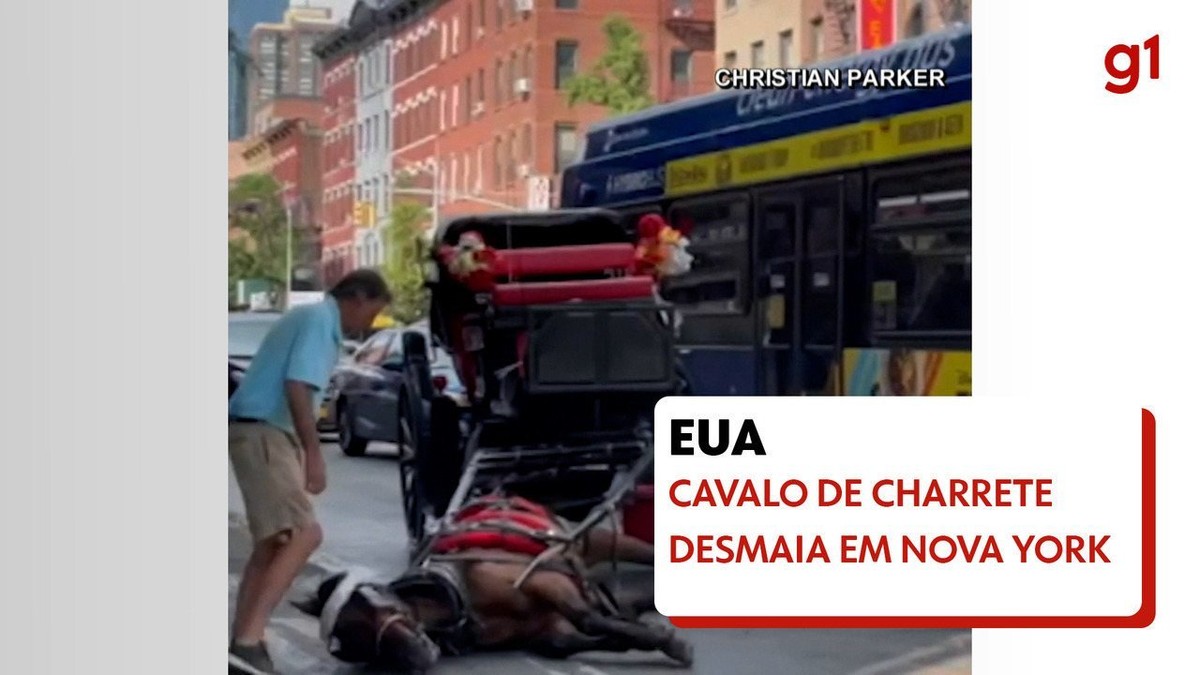 A horse pulling a buggy in New York fainted and fell in the middle of the road on Wednesday (10). People around recorded videos that were posted on social media.

Witnesses claimed they heard a noise thinking it was a car crash, but later realized what was happening.

There was a repudiation of the driver of the buggy for having whipped the animal after it was on the ground. In the end, the driver gave up, and let the horse lie on the asphalt.

Police officers who arrived at the scene wet the horse with water and ice (the agents imagined that the animal was suffering from the heat).

Ryder the horse stood up on his own after a while. The police took him to a stable, and he was seen eating there, until a vet arrived to examine him.

The cart driver’s union stated that Ryder has a protozoan infection that is transmitted through skunk feces.

Animal activists have called for carriages and horses to be banned in New York. The City Council is analyzing a project that could determine the ban.

Previous Promotion of R$ 200,00 from PicPay through WhatsApp is it true? Know more!
Next The weekend has Luísa Sonza, Péricles and a Brazilian film