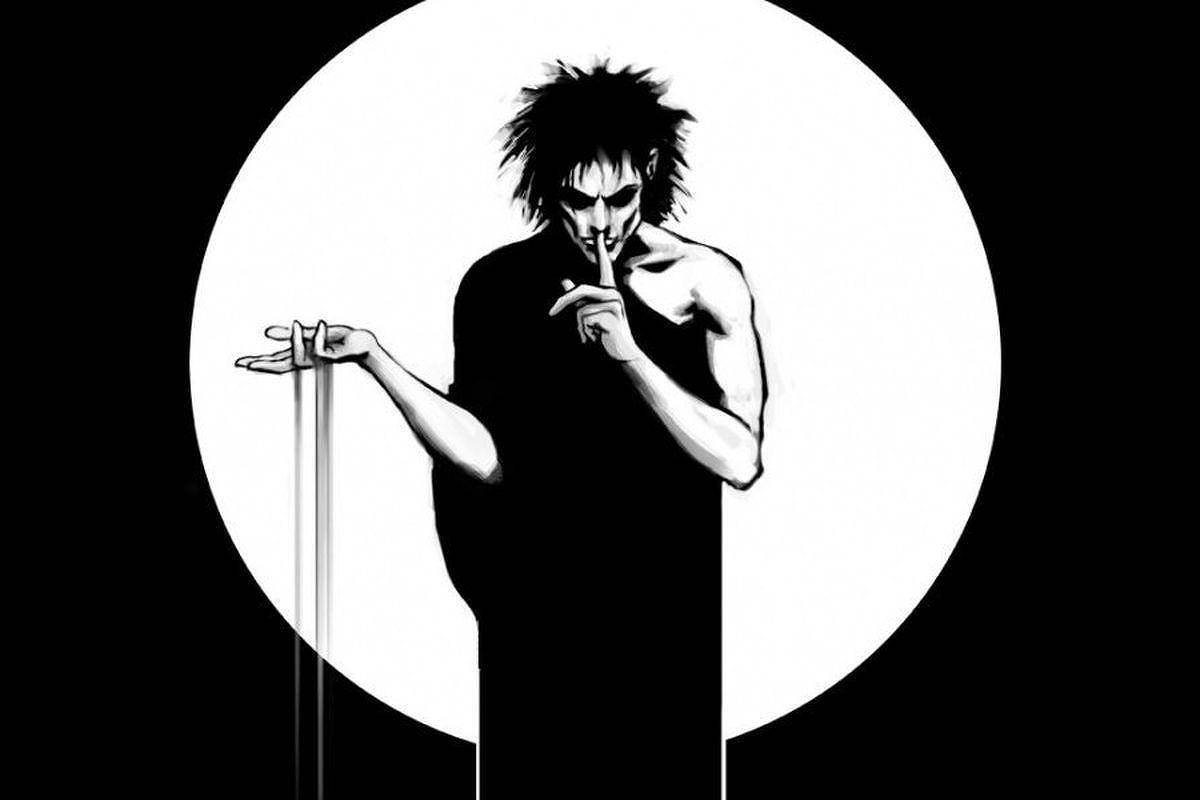 This is the edition of Maratonar, the newsletter of Sheet that helps you find yourself in the midst of so many options for series and movies on streaming. Do you want to receive it every Friday in your email? sign up below. ​​

Building on the success of ‘Sandman’ on Netflix, today’s edition brings together nominations for movies and series inspired by comic books. You will see that streaming can go far beyond the Avengers and the Justice League…

One of the most cult comics (or graphic novels) among aficionados, “Sandman”, by Neil Gaiman, finally won a live action version in series format in ten episodes from Netflix.

Gaiman himself had seen other of his characters hit the screen long before, as in “American Gods” or “Watchmen”.

The comic book universe has been explored for a long time by Hollywood, and goes far beyond the Avengers or Justice League heroes. Check the list below.

“American Gods” was conceived by Neil Gaiman as a novel, but the story was also turned into a comic book, released by Dark Horse Comics. The plot, which mixes fantasy with touches of mythology, centers on the character Shadow Moon (Ricky Whittle), a man who has just come out of prison and lost his wife, and is recruited by Mr. Wednesday (Ian McShane) as a security guard. Gradually, he discovers that his boss is one of the old gods, who gathers forces on Earth to fight the new gods, represented by feelings such as celebrity worship, greed, sex and drugs. Read the series review at Sheet.

A lover of jazz, books and comics, Harvey Pekar is a grumpy hospital civil servant. In 1976, he finally manages to publish the magazine “American Splendor”, which portrays his own daily life, and becomes an underground celebrity. Pekar himself narrates his adventures in this film version, with Paul Giamatti in the lead role. The film was nominated for an Oscar for screenplay and won the Un Certain Regard award at Cannes. Read the movie review at Sheet.

John Constantine (Keanu Reeves) is able to see demons and send them back where they came from. However, as a young man he attempted suicide, which means he too goes to hell when he dies, according to the rules of fiction. His trajectory then intersects with that of a police officer (Rachel Weisz), whose twin sister, who was sensitive, threw herself from a building. The solitary and sarcastic demon hunter originates from the comic book “Hellblazer”, released by DC’s Vertigo imprint. In addition to this successful film, the character won an NBC series, canceled after one season and available on the same streaming. Read the movie review at Sheet.

After winning an Oscar for “American Beauty”, his debut film, Sam Mendes directed this good crime film set in the era of Prohibition in the USA, with Tom Hanks as Michael Sullivan, a cold-blooded assassin who works for mobster John Rooney (Paul Newman). However, Sullivan’s teenage son witnesses a crime committed by the kingpin’s son (Daniel Craig pre-007). To protect the young man, Sullivan crosses the country fighting the mob and trying to escape a professional hitman (Jude Law) hired to eliminate the duo. The film is based on the graphic novel by Max Allan Collins. Read the movie review at Sheet.

Long before Marvel’s Avengers gathered their rags in theaters, this film set in the early 20th century brought together adventurer Allan Quatermain (Sean Connery), Captain Nemo (Naseeruddin Shah), Dorian Gray (Stuart Townsend), vampire Mina Harker ( Peta Wilson), Dr. Jekyll/mr. Hyde (Jason Flemyng) and Tom Sawyer (Shane West). Oh, and there was also the Invisible Man (Tony Curran). The gang band together to stop a villain trying to cause World War I. The film is based on the comic book by Alan Moore, the same as “V for Vendetta”.

One of David Cronenberg’s most awarded films was adapted from the graphic novel “A History of Violence” (original title of the feature), by John Wagner. In the film, the quiet coffee shop owner reacts to a robbery and becomes a celebrity in the small town where he lives with his family. At the same time, he attracts the attention of a group of mobsters who dispute his identity. The cast includes Viggo Mortensen, Maria Bello, Ed Harris and a guest appearance by William Hurt. Read the movie review at Sheet.

Already mentioned in the latest issue of the newsletter, the new series is based on the award-winning eponymous comic. The plot is carried out by a quartet of teenagers with echoes in the 1980s, which, as we said, can remind a lot of people of “Stranger Things”. But there are good differences. In case you don’t remember the synopsis, I’ll refresh your memory: a quartet of newspaper delivery girls in Cleveland in 1988 meet on the first day after Halloween. After an incident with some boys, they realize that the sky has turned pink and, when trying to get home, they end up in the future, where a war is fought that involves time travel.

One of the most cult graphic novels in the world, and especially in Brazil, “Sandman”, by Neil Gaiman, finally gets a live action version with this Netflix series. The plot revolves around the character Dream (Tom Sturrigde), imprisoned for more than a century after a dark magic ritual. When he finally escapes, he tries to reclaim his kingdom. Read more about the launch here.

A group of superheroes known as the Seven work for a corporation that monetizes heroes. However, they slip up and are watched over by another troupe, the Boys, who try to keep the heroes in line. The highlight of the watch group is the leader Billy (Karl Urban), who hates the heroes and blames one of them for the disappearance of his wife. Despite having worked with both DC and Marvel, author Garth Ennis launched “The Boys” with the independent WildStorm.

The origin of this successful series is a comic written by Gerard Way (vocalist of the band My Chemical Brothers) in 2007, which was released by Dark Horse. In the plot’s premise, 43 women who weren’t pregnant give birth on October 1, 1989. An eccentric billionaire manages to adopt seven of them, forming the Umbrella Academy. All children develop powers, except for Vanya, Number 7. In the present, the adopted siblings are separated after past traumas, but reunite for their father’s wake. That’s when Number 5 reappears, with the ability to travel in space and time, with the news that the world will end in eight days. Gerard Way also appears in the credits as co-producer.

Inspired by Alan Moore’s eponymous comic, which came out on DC’s Vertigo label, the film has a script by the Wachowski sisters, the same duo from “The Matrix”. The dystopian plot shows England under a totalitarian regime. In this scenario, the masked V appears, a vigilante who uses terrorist tactics to expose the government and unite society in search of freedom. On his journey, he enlists the help of young Evey (Natalie Portman). Legend has it that Moore never wanted to see the film. Read the movie review at Sheet.

After successfully adapting the film version of “300” (Frank Miller’s comics), Zack Snyder was given the green light to helm the ambitious “Watchmen”, based on the graphic novel by Alan Moore (him again). The plot takes place in 1985, in an alternate reality in which Richard Nixon is still the president and the Cold War remains cold. In this scenario, Rorschach discovers a plan to eliminate the superheroes, who are already practically inactive. HBO also produced a series that takes place in the present, still with the alternate reality, 34 years after the events of the original comic.

In 1941, in the quiet fictional town of Peyton Place (the film’s original title), the inhabitants’ apparent tranquility hides secrets, including cases of rape, abuse and betrayal. The 1957 film, which is now streaming, earned Lana Turner her only Oscar nomination. It was also one of the inspirations for David Lynch and Mark Frost to create the “Twin Peaks” universe.

As the title suggests, the documentary recovers the disaster that became the 1999 Woodstock megafestival, 30 years after the original, which was attended by the likes of Sheryl Crow, Limp Bizkit, Korn, Bush and Red Hot Chili Peppers. The event, which started as a gathering of 250,000 people, is slowly falling apart, with structural flaws, little security, abusive prices, easy access to drugs and abusive behavior towards women, with the right to report cases of rape after event. In three episodes (one for each day of the show), the series shows how the bomb was set up before the explosion.

The original 1987 film in the series introduced us to the character — the alien, not Schwarzenegger’s military brute. The 1990 sequel ended by presenting the multiple possibilities that the franchise could provide. After a series of bad films, now comes “The Hunt”, the best feature in the series for this scribe. The film goes back to the 18th century, when a Comanche warrior realizes the existence of the predatory alien around her tribe and, at the same time, discovers the existence of even more cruel colonists.

With cancer already at an advanced stage, Agnes is cared for by her two sisters, both experiencing their own personal crises, at their home in the country. In practice, the only one who offers any real support to Agnes is Anna, the devoted maid. One of Ingmar Bergman’s classics, the 1972 Swedish film won an Oscar for cinematography.

Available for free until October 11 at www.sescsp.org.br/sescdigital

Previous Flamengo wins ‘news’ for game against Athletico-PR
Next “You receive some money and…”; Palmeiras is not ‘on the fence’ about exchanging Giovani for Paulinho

Anthony Mackie is gearing up for the filming of Captain America: New World Order, and …