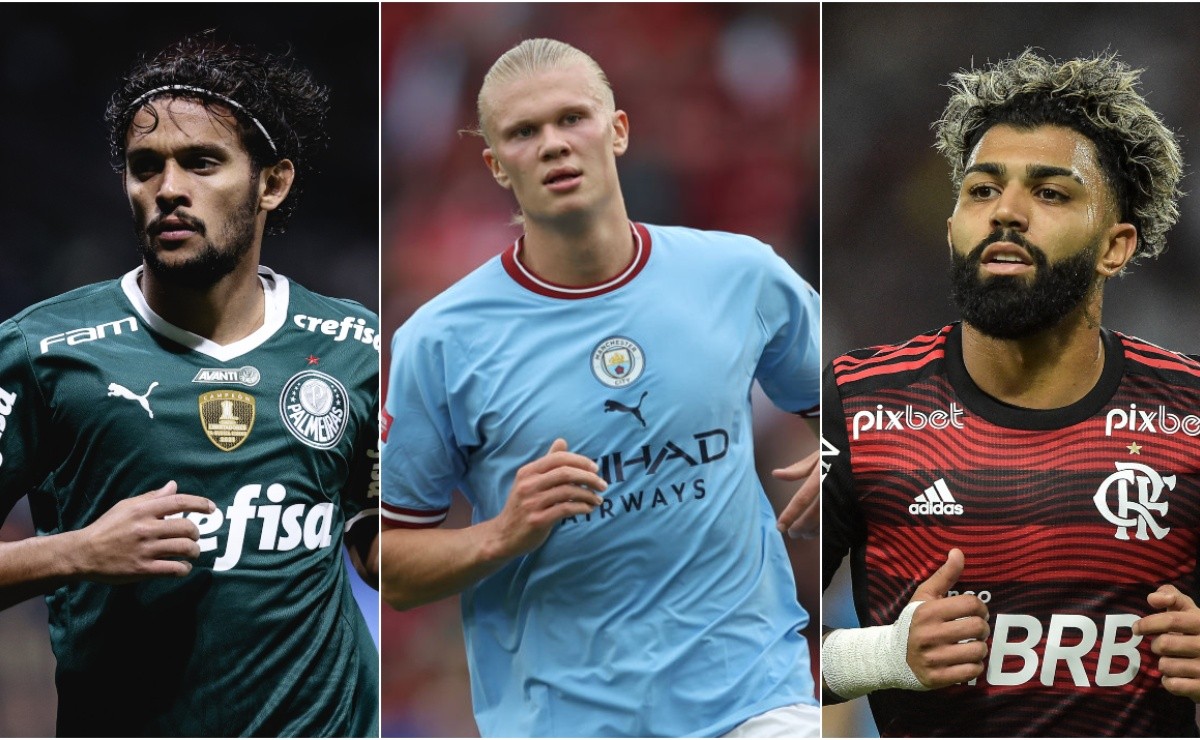 Can you imagine what it would be like if Brazilian clubs played in some of the main national leagues in Europe? With that in mind, we brought a survey from DataFla, which shows in which position Brazilian teams would be in La Liga, Premier League and other major competitions in the world.

To know which classification a team would be in, the SPI of each team was taken into account. The SPI (Soccer Power Index) is a system of metrics that takes into account the overall strength of a team. Basically, they use an estimate of how many goals a team can score and how many they can concede against another certain team. With this, points are added, with 3 for a win and 1 for a draw.

It was in this way that it was possible to identify the position that Brazilian clubs would be in another championship. Another important fact is that not all teams managed to “rank” for all leagues. Check out:

In the French Championship, Brazil would have 8 teams in the dispute, they are: Atlético-MG, Fluminense, Bragantino, Corinthians, Internacional, São Paulo, Flamengo and Palmeiras. Ligue 1 has 20 teams competing, with three spots in the Champions League, one in the preliminary round and two in the group stage. They also have one Europa League spot, one Conference League spot and four relegations.

Corinthians would be the worst team in Ligue 1, being in only 20th place and being relegated.

Bragantino would be company for Timão in the relegation zone, with its 19th place in the table.

Inter would take the last spot for relegation, with the 17th position.

São Paulo would be in 15th, close to the fight against relegation.

Fluminense would be far from both the classification zone for some European competition and the fight against Z4, with its 13th place.

Galo would only be 12th, ahead of Fluminense.

Palmeiras would be the 9th place in the table, closer to the fight for a place in a competition in Europe.

Flamengo would be the best placed Brazilian in Liga 1, with the 6th place and very close to the fight for a place in a continental competition.

The Italian Serie A would have 7 teams from Brazil: Atlético-MG, Fluminense, Bragantino, Internacional, São Paulo, Flamengo and Palmeiras. The Italian top flight has 20 teams in contention, with four places in the Champions League, two in the Europa League and three relegated teams.

Bragantino would be the last place in Serie A and would be relegated in the competition.

Internacional would take the last spot of relegation, with its 18th place.

Tricolor, on the other hand, would narrowly escape a second division, placing 17th in the Italian Championship.

Fluminense would only be 15th in the competition table.

Galo would be just ahead of Fluminense, in 14th place.

In 10th place, Palmeiras would be in the middle of the Italian Serie A table.

Flamengo would be the best placed among the Brazilians, with 8th place, close to disputing a spot in the Europa League.

In the German Championship, only Atlético-MG, Palmeiras and Flamengo appear. The Bundesliga has 18 teams, four of which are classified for the Champions League, two for the Europa League, two are directly relegated and the 16th plays a playoff with a team from the second division to find out who is in the first division.

Galo would only be 18th in the table and would be the last place, thus, relegated.

Palmeiras would be in 14th, not far from having to compete in a Playoff to stay in the first division.

Flamengo would again be the best placed in a European league, placing 9th in the German Championship. The team would be close to being able to qualify for the Europa League, as the 7th place gives a place in the preliminary phase of the competition.

In La Liga, only Atlético-MG, Flamengo and Palmeiras would also be in the competition. The Spanish Championship has three relegations, with four spots in the Champions League, and two spots in the Europa League.

Galo would be in 19th place, and would be relegated in the competition.

Palmeiras would be in 13th place and would remain in the middle of the Spanish Championship table.

Flamengo, on the other hand, would be in 11th place in the classification and would be the best positioned Brazilian team in La Liga.

In one of the biggest national competitions, the Premier League, only 3 clubs from Brazil appear, Flamengo, Atlético-MG and Palmeiras. Remembering that the English competition has 20 clubs, three of which are relegated, four go to the Champions, and the 5th place goes to the Europa League.

Atlético-MG would have the worst position in the Premier League, being in only 20th place.

Palmeiras would be in 16th place in the Premier League, and would be close to the relegation zone, but would still remain in the first division.

Flamengo would be the best placed in the Premier League among Brazilian teams, with the 14th place in the table.

Finally, we have the national leagues of Holland and Portugal, which, compared to the latter, are level 2.

In the Dutch League we would have 11 Brazilians, more than the Dutch teams themselves. Since the championship has 18 clubs. See how it would look: Flamengo 4th, Palmeiras 5th, Atlético-MG 8th, Fluminense 9th, São Paulo 10th, Internacional 12th, Bragantino 13th, Corinthians 14th, Athletico 15th, Santos 16th and Ceará 18th . But even so, no team from Brazil would have a spot in the Champions League, as the country has only two spots, one direct and the other in the preliminary round.

In the Portuguese League, we would only have: Flamengo 4th, Palmeiras 5th, Atlético-MG 7th, Fluminense 8th, São Paulo 9th, Internacional 10th, Bragantino 11th, Corinthians 12th, Athletico-PR 14th, Santos 15th ° and Ceará 16th. In that case, Flamengo and Palmeiras would have a spot in the Europa League.