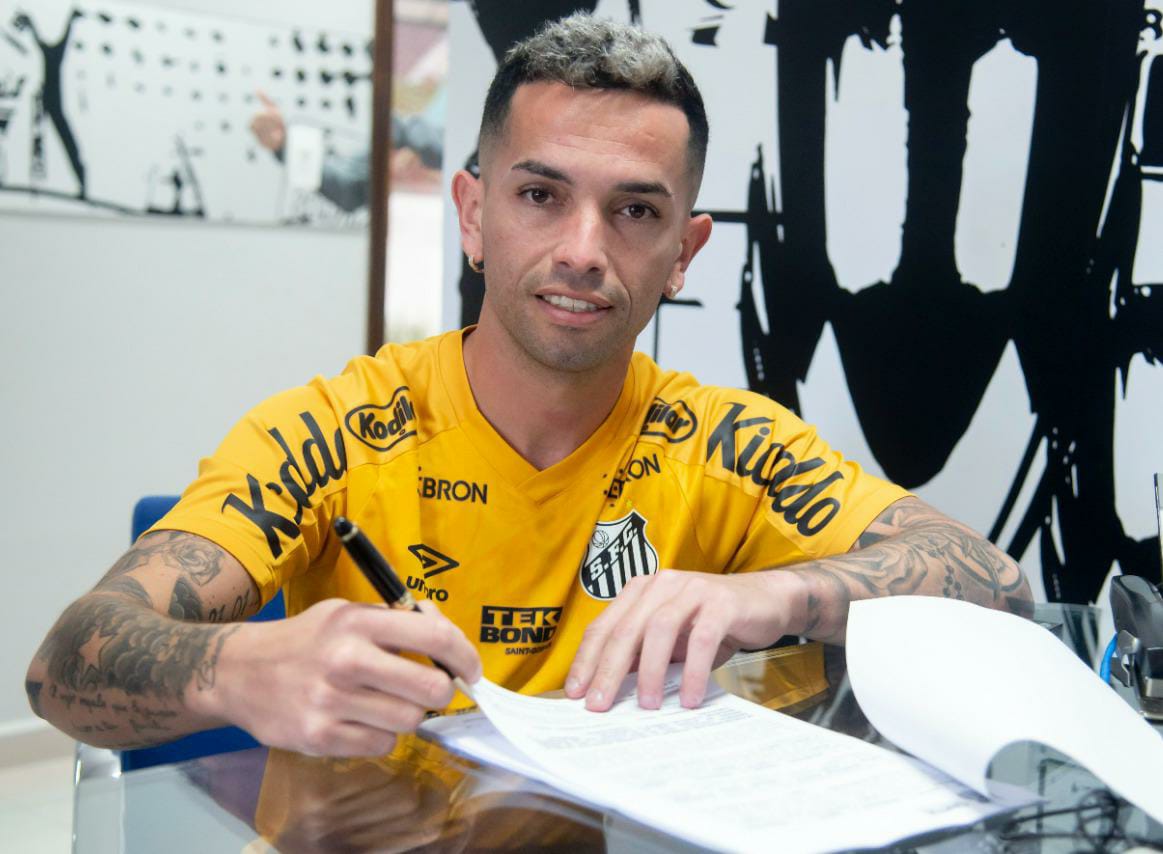 O saints continues to strengthen in the ball market. This Friday afternoon, the club announced the arrival of another reinforcement. Midfielder Gabriel Carabajal was permanently bought from Argentinos Juniors and arrives to help Peixe in the season. The contract is valid for four years.

To count on the athlete, Peixe disbursed something around 1.8 million dollars (approximately R$ 8 million, at the current price). Peixe came to give up the hiring of the 30-year-old Argentine after encountering difficulties in negotiations, but increased the values ​​​​and had the athlete’s desire to wear the white shirt to convince the Argentine board to accept the offer.

“Very happy to be here. I really wanted to play for Santos and I made every effort to come. It’s a giant club. I believe that on the pitch I can respond and now I’m going to enjoy that moment”, said Carabajal.

Gabriel Carabajal has been with Argentino Juniors since 2021. Since then, he has played 70 matches. This season he took the field in all 29 matches of the club (starting in 26), scored three goals and provided two assists.

Midfielder Gabriel Carabajal, who was at Argentinos Juniors, agreed to his definitive transfer to Peixe and arrives with a contract valid for four years. UP THEM! pic.twitter.com/yDK3sHNPcl

Throughout his career, the midfielder has also played for other Argentine clubs: Talleres, Godoy Cruz, San Martín San Juan, Patronato and Unión.

Gabriel Carabajal is an alternative found by the board of Santos after the frustration in the negotiation with Franco Cristaldo, from Huracán. The Argentine club even accepted the offer of about R$ 18 million from Peixe, but did not enter into an agreement with the Brazilians due to the form of payment.

“Carabajal is an athlete who will help our squad a lot with his experience and dominance in the midfield. He was an athlete mapped by our Scouting Department, again following the process created by the club for signings. A very technical athlete who will add a lot to the squad for the next few years”, said Santos president Andres Rueda.

In this window, Alvinegro Praiano has already agreed on the loan signing of Luan, from Corinthians, the right-back Nathan, who defended Boavista, from Portugal and Yeferson Soteldo, who returned to Alvinegro on loan after leaving Tigres, from Mexico. Carabajal is, therefore, the fourth Santos reinforcement in this window.