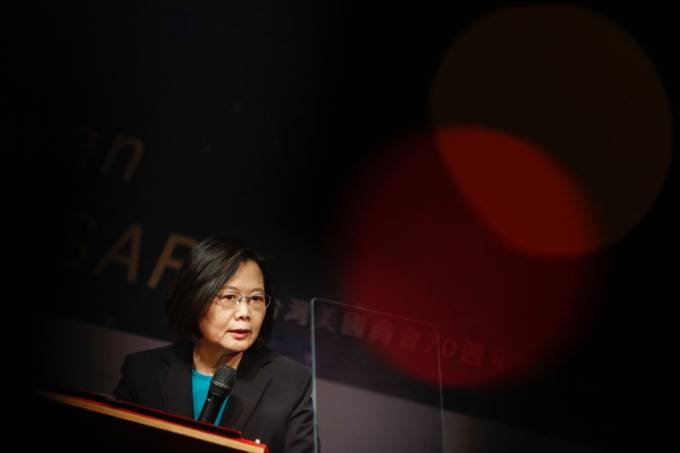 “Only the people of Taiwan can decide their future,” ministry spokeswoman Joanne Ou told a news conference.

Or added that China used US House Speaker Nancy Pelosi’s visit to Taipei as an “excuse to create a new normal to intimidate the people of Taiwan.”

“One Country, Two Systems” is a constitutional principle of the People’s Republic of China that officially applies to the administration of Hong Kong and Macau. The concept means that China practices the socialist system, while Special Administrative Regions can maintain the capitalist system, democracy and a high degree of autonomy. However, they remain subordinate to the central government.

Taiwan is not an official part of this constitutional principle, because it is autonomously governed. The rebel island has historically rejected the formula applied in Hong Kong and Macau, reiterating time and again that it will only return to Beijing’s control after the democratization of China.

Taiwan President Tsai Ing-wen also said on Thursday that force threats from China have not abated, although Beijing’s biggest military exercises around the island appear to be waning.

In response to Pelosi’s visit, China launched ballistic missiles and deployed several aircraft and warships in recent days to simulate sea and air strikes. On Wednesday, it said it had “completed various tasks” in Taiwan, but will maintain patrols in the Strait.

+ ‘We are not afraid of China’, says Taiwan chancellor

Tsai’s office said Taiwan will not escalate conflict or provoke disputes, but said, “We will firmly defend our sovereignty and national security and adhere to the line of defense of democracy and freedom.”

Taiwan has been under the threat of Chinese invasion since 1949, when the defeated Nationalist Republic of China government fled to the island after Mao Zedong’s Communist Party won a civil war.

China says its relations with Taiwan are an internal matter and claims it has the right to control the island – including by force if necessary. But Taiwan’s democratically elected administration says the People’s Republic of China has never ruled the island, so it has no right to decide its future or claim it for itself.

“In the face of China’s recent military provocations, the country’s armed forces are on the front lines, and their duties will only be more onerous and the pressure will be even greater,” Tsai said.

Beijing reported no further military activity on Thursday. However, the war of words continues: Chinese Foreign Ministry spokesman Wang Wenbin said that “reunification” would be inevitable one day.

“We are willing to create ample space for peaceful reunification, but we will never leave space for all forms of secessionist activities for Taiwan’s independence,” he said.

Previous Flamengo idol, Zico responds “in the can” if Palmeiras has a World Cup
Next Ellen Pompeo will have a reduced role in Season 19