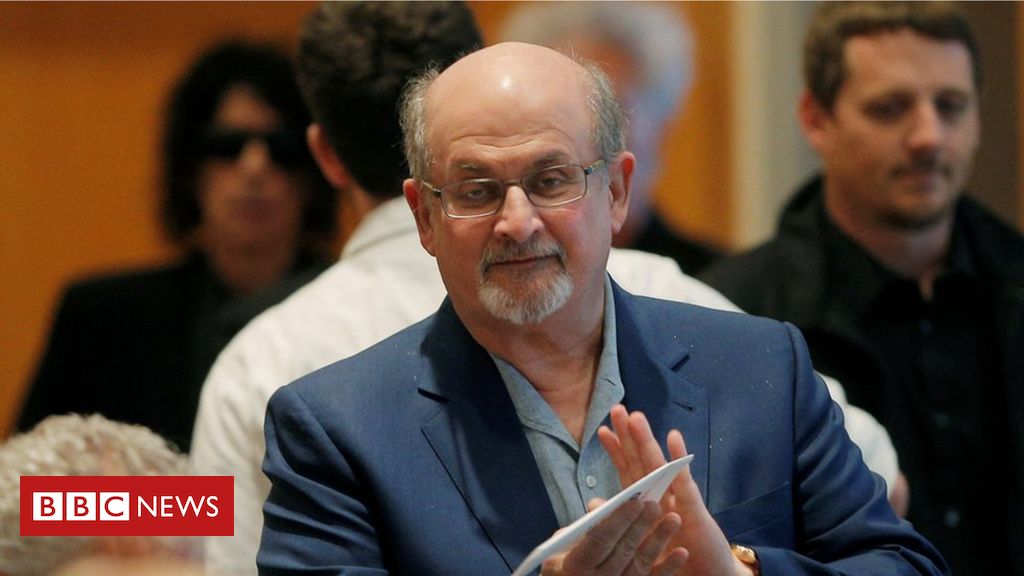 Who is Salman Rushdie, author of ‘Satanic Verses’ targeted in NYC attack

Victim of a knife attack in New York, USA, this Friday (12/08), British writer Salman Rushdie, 75, has been threatened with death by Iran since 1989.

According to news agencies, Sir Rushdie was preparing to give a lecture when a man stormed the stage and attacked him – it is unclear whether the attack was punched or with a knife. The attacker was immediately restrained by people at the scene and then arrested by the police.

A photo published by the Associated Press shows Rushdie lying on the floor with people around him helping him. A NYPD statement said he apparently suffered a stab wound to the neck. The author was taken to hospital and was in surgery on Friday afternoon.

Rushdie is a well-respected fiction writer, with twelve novels published in several countries — including Brazil. His books often have characters living in specific historical contexts, and the author’s treatment of sensitive political and religious topics has made him the subject of controversy.

One of his main works, the book Satanic Verses (Companhia das Letras), published in 1988, was especially controversial for having a character inspired by the Prophet Muhammad portrayed in a way considered offensive by leaders of the Muslim community.

The year after it was published, then-leader of Iran, Ayatollah Khomeini, condemned the book and offered a multimillion-dollar reward for the death of Rushdie — who was attempted murder the same year. The author then had to go into hiding under the protection of Scotland Yard, but continued writing.

He published books like The Moor’s Last Breath (1995), Fury (2001) and The Enchantress of Florence (2008) and several essays on social and political issues. The previous books are also authored by him. The children of Midnight, whowhich won the Booker Prize for(1981) and Shame (1983).

In 1998, as part of the return of diplomatic relations between the United Kingdom and Iran, the government of Iran issued an official statement saying it would “neither support nor attempt to prevent operations to assassinate Rushdie”. The author continued to suffer death threats from extremists after that.

Although the government’s official position has changed, Ayatollah Khamenei, who replaces Khomeini as the country’s supreme spiritual leader, has repeatedly referred to Rushdie as an apostate whose death would be authorized by Islam after 1998. And in 2010 the extremist group Al Qeda included Rushdie on a list of people who insulted Islam.

The author has lived in the United States since 2000. In 2007, he was knighted by the British Crown for his contributions to literature, becoming Sir Salman Rushdie.

Salman Rushdie was born to a middle-class Muslim family in Mumbai two months before India gained independence from British colonization. His father was a lawyer and businessman and his mother was a teacher.

At age 14, he was sent by his parents to England to study and later became a British citizen. He majored in history at Cambridge University eventually stopped being religious.

Before becoming a writer, he worked as an advertising copywriter. His second book, The Midnight Children, took place with the partition of India (which was divided between India and Pakistan) as a backdrop. The work was a great critical and public success, selling half a million copies.

The book The Satanic Verses was published in 1988. The book’s title is a reference to two verses removed from the Quran, the holy book of Islam, by Muhammad – he believed the verses had been inspired by the devil. Among the controversial points was the author’s naming of two prostitutes after the wives of the Prophet Muhammad.

The book was quickly banned in India. Pakistan and several other countries also banned the book afterwards. The anger generated in the Muslim community was such that there were street protests against the book in some countries and the British embassy in Tehran was stoned.

The work was a critical success in European countries, however, and a worldwide sales success.

In 1991, the book’s Japanese translator, Hitoshi Igarashi, was found dead at Tsukuba University in Tokyo. Police said he was stabbed several times and left in the hallway. In the same year, the book’s Italian translator, Ettore Capriolo, was stabbed in his apartment in Milan, Italy, but survived the attack.