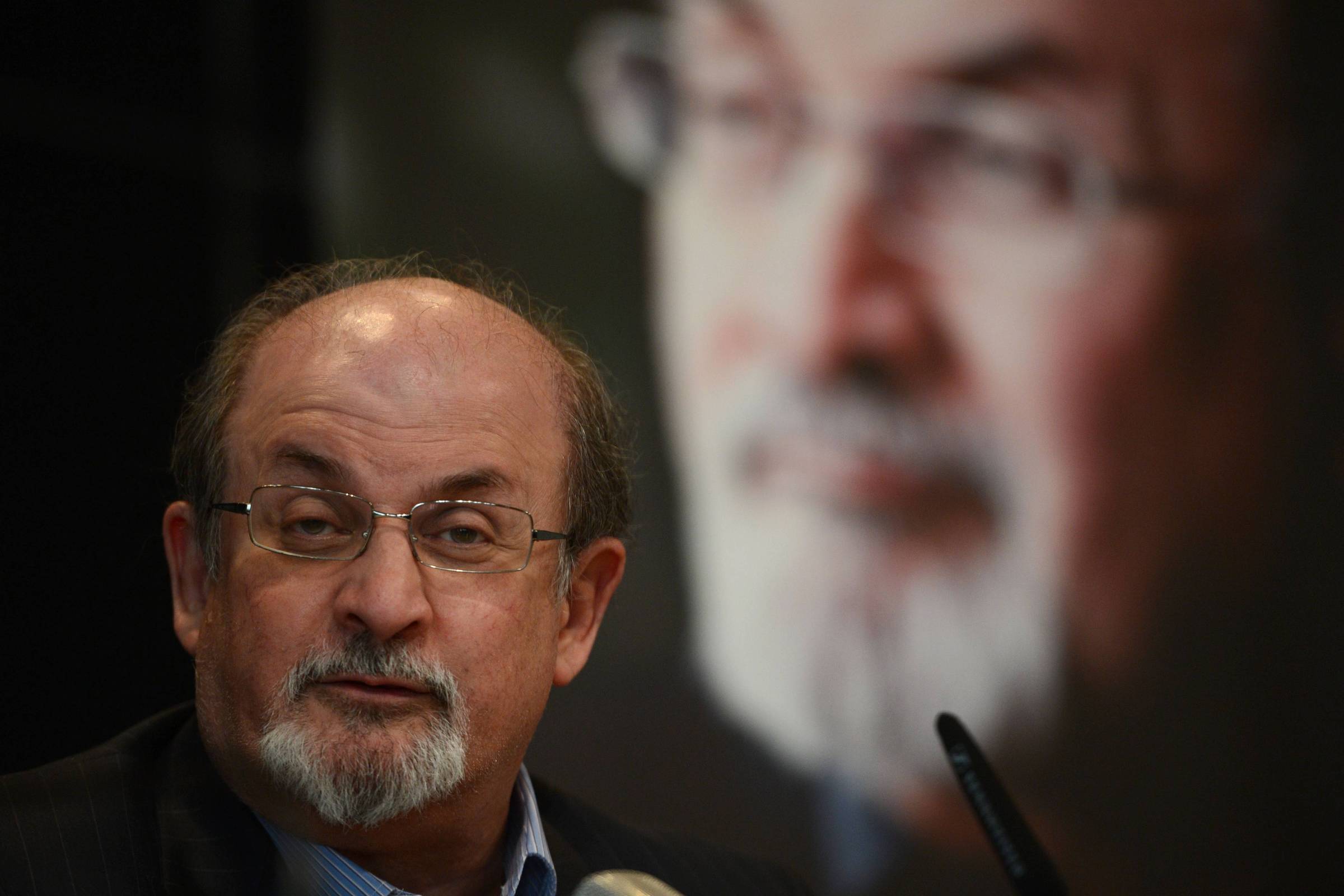 Anglo-Indian author Salman Rushdie was attacked on Friday as he was preparing to give a lecture at a charitable organization in New York, in the United States.

A man stormed the stage at the Chautauqua Institution, where the event was taking place, and stabbed the 75-year-old writer in the neck, police said in a statement to the BBC.

The author, who has received death threats from Iran since the 1980s, fell to the ground, was rescued and taken to hospital by helicopter. The interviewer who accompanied him to the event was also injured.

Also according to New York police, the suspect of attacking the writer has been detained and there are still no details about his identity or motivations.

Rushdie, one of the greatest writers of his generation, has been hounded by Iranian authorities since the publication of “The Satanic Verses” in 1988, a fantasy novel considered offensive to Muhammad and the Islamic faith.

At the time of the book’s release, Iran’s Ayatollah Khomeini called for the writer to be assassinated, and the persecution was kept in effect by the country’s highest religious authorities in 2005.

Since the episode involving what remains his most famous book — and which already resulted in a failed attempt on his life in 1989 — Rushdie has lived under strong security in the United Kingdom, where he studied since his youth. Today, he lives in the United States.

The Bombay-born author won the Booker, the top prize in English literature, for “Midnight’s Children” in 1981, and has among his other most famous books “The Moor’s Last Sigh” and “East, West.” . It is published in Brazil by Companhia das Letras.

In “Joseph Anton,” his most autobiographical work published ten years ago, he recounts the memories of his years hiding from religious persecution under the false name that entitles the book.

Receive in your email a selection of new releases, classics and literary curiosities; open to non-subscribers.

His literary project is marked by the fantastic exploration of the religious and cultural traditions of different civilizations around the world, always with a sharp and uncompromising style. The discomfort caused by “The Satanic Verses” involved the fact that the book fictionalized the life of the Prophet Muhammad.

During the launch of his most recent book, “Quichotte”, last year, he gave an interview to this newspaper advocating the reconstruction of objective truths by journalism in a world increasingly driven by narratives and subjective beliefs.

Previous Nothing changes the Phone 1 record after the screen brightness does not reach the promised
Next Batman 2 is still not completely guaranteed, says website