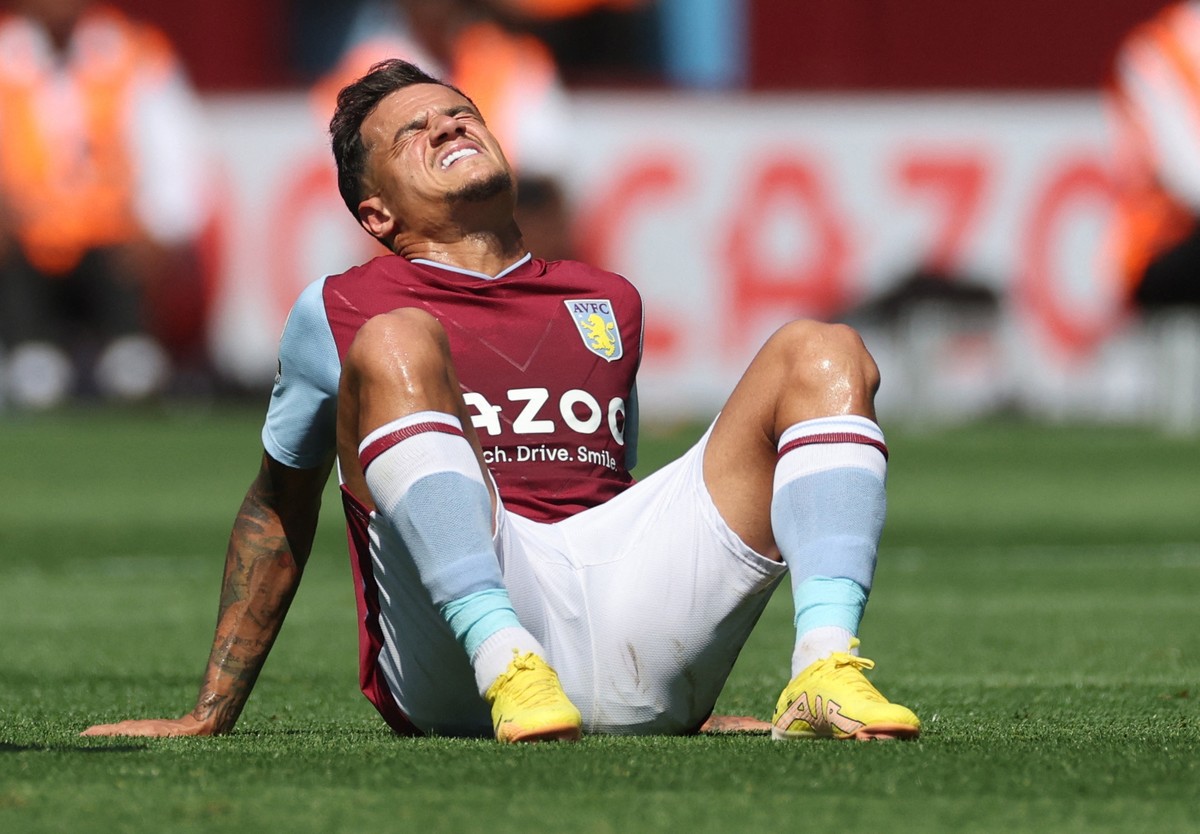 After losing in the Premier League opener to Bournemouth, O Aston Villa recovered this Saturday and beat Everton 2-1, at home, for the second round of the competition. However, it was not all rosy for the Birmingham team: midfielder Philippe Coutinho was injured in the second half.

Coutinho falls on the lawn and is substituted during the Aston Villa game – Photo: REUTERS

After a tackle, the former Vasco fell on the lawn feeling pain in his right leg. He received medical care while still on the field and limped out in the 15th minute of the final stage for the Argentine Buendia, who scored Villa’s second goal of the match (Ings opened the scoring, with Digne, against, discounted for Everton).

According to Philippe Coutinho’s staff, the player had cramps and does not worry for the next round.

In addition to Coutinho, coach Steven Gerrard’s Aston Villa had Brazilian defender Diego Carlos as a starter, but who also left the field injured. Another brasuca of the team, the midfielder Douglas Luiz, ex-Vasco, was on the bench. On the Everton side, midfielder Allan, another athlete trained at the São Januário club, was out of the match due to an injury.

In the next round, Aston Villa visit Crystal Palace, while Everton, who have yet to win in the current Premier League season (lost to Chelsea in the opening), host Nothingham Forest in Liverpool.

Previous The tug of war of nuclear disarmament between US and Russia | World
Next “The Princess”. New HBO documentary addresses the trio formed by Diana, Carlos and Camila. Know everything – Culture