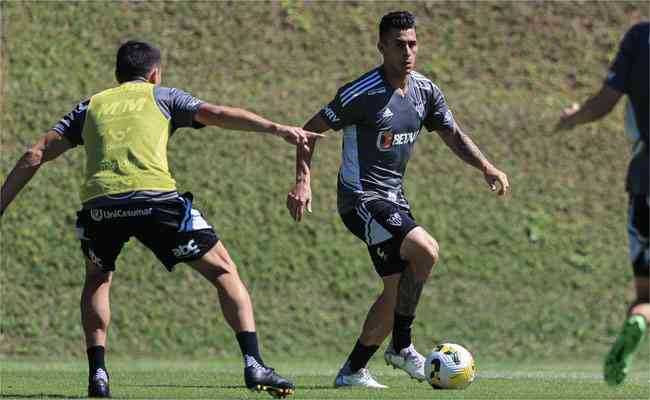 Atltico prepares for a duel against Coritiba; see photos of training

Coach Cuca continued the preparations for Atltico for the game against Coritiba, on Sunday, at 11 am, at the Couto Pereira stadium, for the 22nd round of the Brazilian Championship. The coach led an activity this Friday morning, in Cidade do Galo. See photos of the activity below.

Before training, players and the technical commission had a meeting with the alvinegra board. In addition to charges, the players received support to seek the first positions in the Brazilian Championship.

On the field, the only absence was midfielder Otvio, who suffered a ruptured tendon in his right thigh and will miss Atlético for an indefinite period. On the other hand, Galo will be able to count on Pavn, who was not registered for the Copa Libertadores.

Galo will try to win again to overcome the elimination in the quarterfinals of Libertadores for Palmeiras. Atltico left the tournament after losing the penalty shootout against the São Paulo team. In normal time, the team had two more players on the field, but failed to score the qualifying goal.

Atltico are six matches without a win. The last triumph was the victory away from home over Botafogo, by 1 to 0, when the team was still commanded by the Turkish coach Mohamed. Winning Coxa this Sunday is fundamental for rivals not to get further away in the classification.

Previous Game of Thrones: Artist imagines what the characters of the series would look like in the Disney universe
Next Flamengo trains at Ninho and may have changes for a duel with Athletico; see images