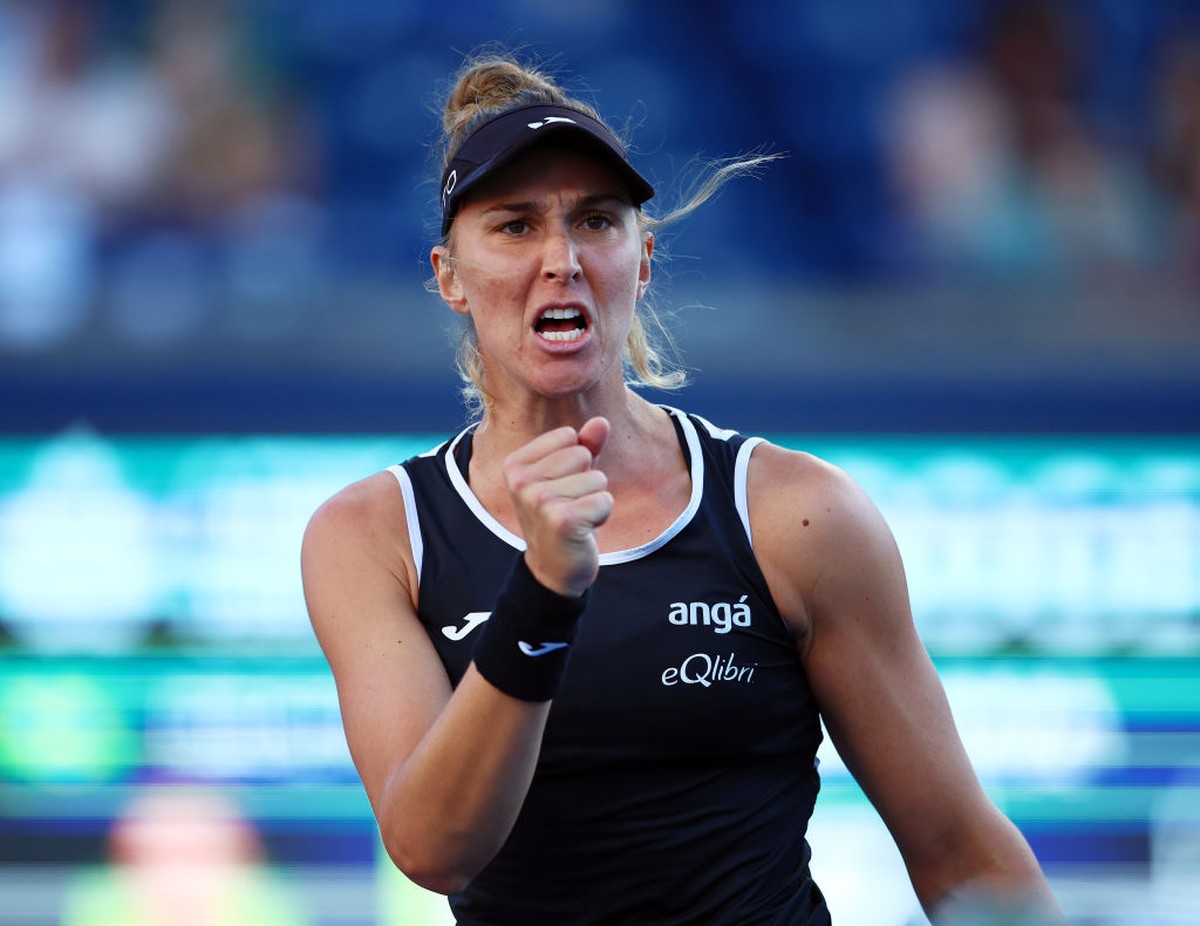 The Brazilian Beatriz Haddad Maia is guaranteed in the semifinals of the WTA 1000 in Toronto, Canada, after beating the Olympic champion Belinda Bencic by 2 sets to 1 in the quarterfinals, partials of 2/6, 6/3 and 6/3, in match that lasted 2h07.

– I played twice with the court against me this week, today I felt a lot of energy. Since the first round I have had difficult moments in every game. The first was especially tough. Today, when I entered the court, I started making a lot of mistakes, but I told myself to keep myself because the game changes very fast – said Bia Haddad.

This is already the best result of a tennis player from Brazil in a tournament of this category. In addition, she is already guaranteed to be in the top 20 of the world rankings next Monday. The Brazilian now faces whoever advances from the last quarterfinal match between Czech Karolína Plíšková and Chinese Qinwen Zheng, which takes place this Friday in the center court.

Bencic and Maia started the game serving very well and confirming the service without any major scares. The first lunge was from the Brazilian, who opened 30 x 0, took the turn, sought a draw, but saw the opponent close the third game.

But the Swiss responded in the sixth. Varying the return, Belinda won the break by attracting the Brazilian to the net and hitting hard in the cross to open a 4/2 advantage in the first stage. Badly on the second serve, Bia seemed to feel the loss of the game and when she had the ball again, she suffered another break without scoring, losing the first set to Bencic.

Bia Haddad Maia returned for the more aggressive second stage. After suffering with Belinda Bencic’s returns, the Brazilian started to hit harder even on the second serve. Uncomfortable, the Swiss made mistakes and gave a triple break to Haddad, who took the opportunity to open 2/1 in the second set.

Bia suffered, but managed to confirm the following serves and took advantage of another gap given by Bencic, breaking again after two double faults and guaranteeing the tie in the confrontation with a 6/3.

Belinda reacted right away in the final partial. Angling the blows well, exploring the parallel, the Swiss broke the Brazilian’s serve in the first game. The Swiss started to get annoyed with the many screams of the Brazilian fans in the stands supporting the opponent.

In the fourth game, Bia returned the coin and put two good returns on top of the line to make life difficult for Bencic, who made an unforced error and gave the São Paulo native the chance to break, fully exploited. Game tied at 2/2.

The world number 14 had two chances to regain the lead, but wasted it and got angry, to the point of throwing her racket on the floor. Beatriz took advantage of the rival’s bad psychological moment and broke to open up an advantage with a beautiful parallel on top of the line. With the serve, she opened the gap, held back the reaction and secured a capital victory over Bencic, securing herself in the semifinals.