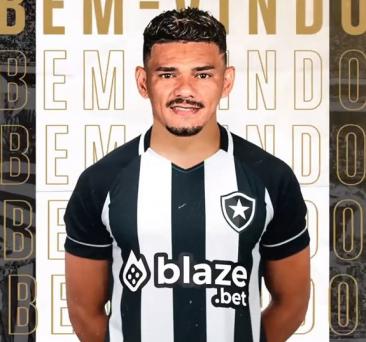 O Botafogo announced the hiring of Tiquinho Soares. The striker belonged to Olympiakos-GRE and will definitely arrive at Alvinegro. With that, the club has already promoted the arrival of seven players in this transfer window.

Tiquinho was officially announced by Botafogo this Friday. He should arrive in Rio de Janeiro in the next few days to take exams to sign the contract. The value of the transaction should be around 1 million euros (R$ 5.2 million, at the current price).

The striker was at Olympiacos since 2021 and his contract was valid until June 2024. For the Greek team he was on the field in 49 games and scored 14 goals.

>>> Subscribe to the Premiere on Prime Video and follow all the emotions of your club in the Brasileirão
In addition to Tiquinho Soares, Botafogo has already announced the arrivals of Fernando Marçal, Carlos Eduardo, Adryelson, Luís Henrique, Danilo Barbosa and Jacob Montes.

Previous 10 Best Movie Kisses According to Reddit » Movie News, Movie Reviews, Movie Trailers, TV News.
Next Lovers are on the run after marriage ends in death in Wedding Season trailer