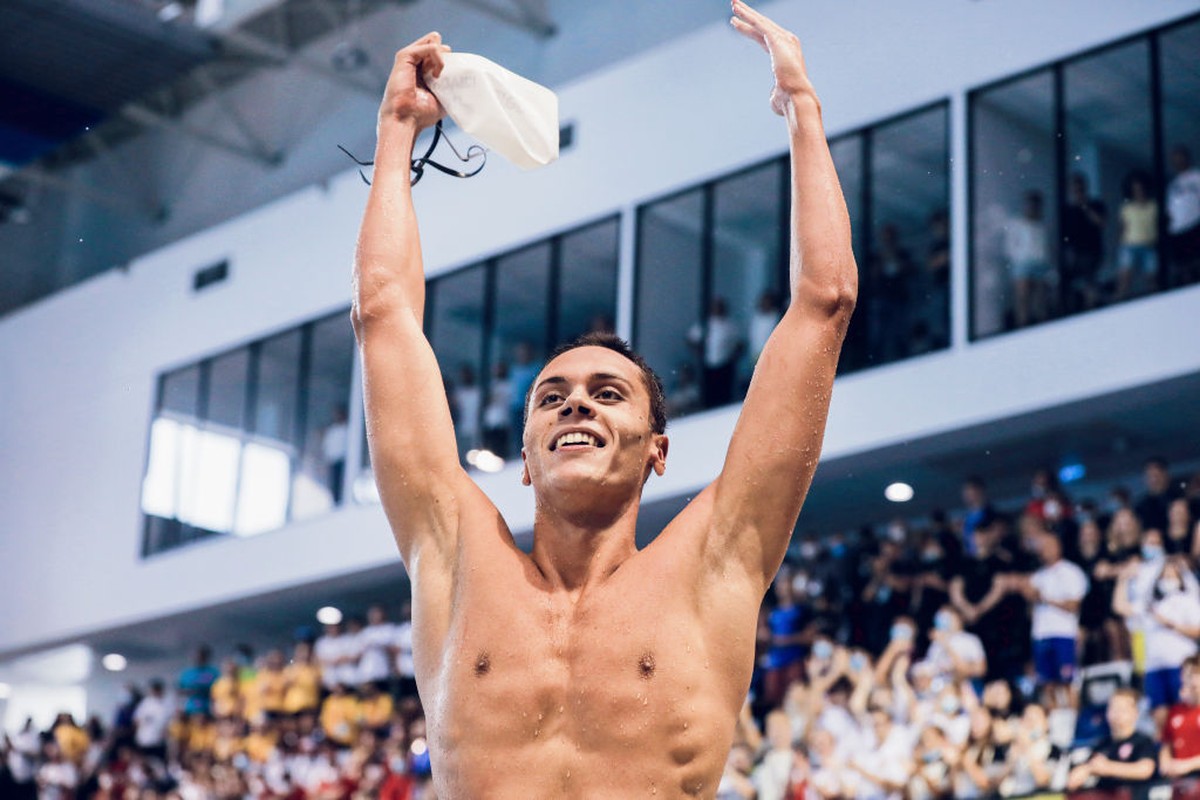 From afar, Cesar Cielo saw David Popovici beat his record in the 100m freestyle in that same pool at the Foro Italico. The Brazilian praised the 17-year-old Romanian’s feat, who set the new world record, with a time of 46.86. The Olympic champion, however, admitted: it is not something easy to assimilate.

– David Popovic broke the record that was mine. It’s been 13 years. It broke in the same pool, the Foro Italico. Congratulations. We have to be very happy, it’s the evolution of swimming, of high performance. But I’ll tell you: it’s not easy, to be honest. Remember, it’s not like a test, it’s not like you lost in the pool. It feels a little strange. There’s a strange feeling. I wanted the Brazilian flag to remain there,” he said, in a video posted on social media.

At an event at his sports clinic, Cielo once again congratulated the young Romanian’s feat.

– We can’t complain, 13 years of record. One hour would fall. Congratulations, Popovici. You are the man. Long live the new king.

David Popovici’s feat also impressed the most successful swimmer of all time. Michael Phelps posted on social media after the Romanian overthrew the Brazilian’s reign, which had lasted since July 2009.

Cesar Cielo’s reign in the 100m freestyle lasted just over thirteen years. This Saturday, the Romanian David Popovici won the European Championship with a time of 46.86 and beat the world record of the race that belonged to the Brazilian Cesar Cielo since July 2009, when he won the World Championship. Interestingly, both competitions were held at the same venue, in Rome, Italy.

Cesar Cielo still holds the 50m freestyle world record, with the mark achieved in December 2009, 20s91. At the time, it was his last chance to make the mark with the technological suits, which were banned from January 2010.

In the qualifiers, held on Friday, the Romanian had already approached Cesar Cielo’s mark, with 46.98. He left happy with the result, but deep down he knew that the record could have already fallen there.

The Romanian appeared to the world in April last year, on the eve of the Olympics, making very good times at the Junior European Championships. He arrived in Tokyo and finished fourth in the 200m freestyle, in which Brazilian Fernando Scheffer won bronze, and seventh in the 100m freestyle.

Now, Cielo is the second fastest in history, with 46s91, while Frenchman Alain Bernard has 46s94 and American Caeleb Dressel 46s96. The four are the only ones who have already dropped from 47 seconds in the history of the race.