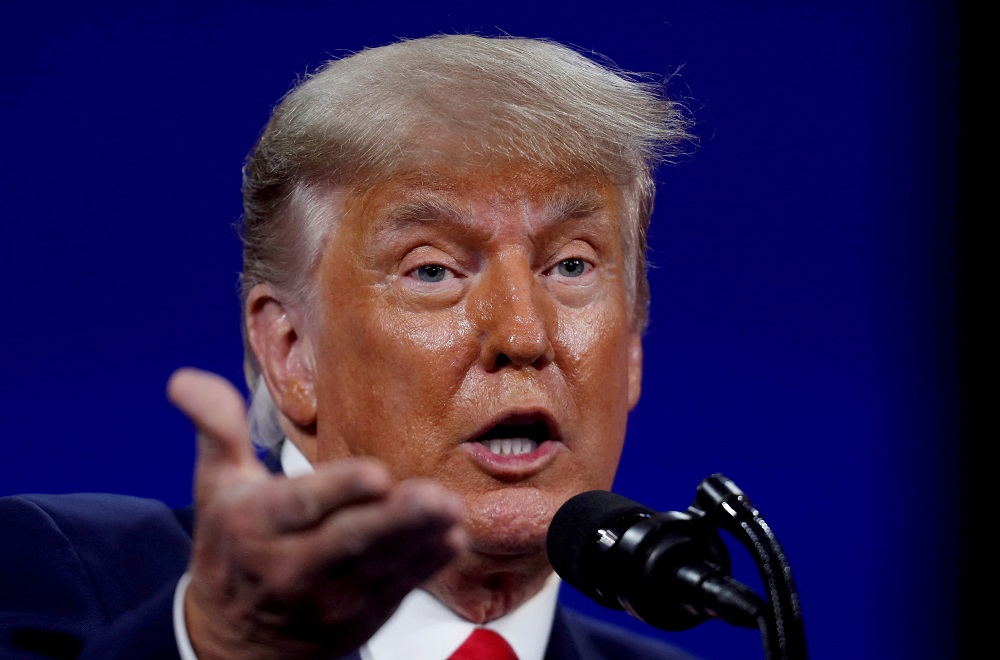 The US Department of Justice said that boxes, folders of photos, a handwritten note and the pardon granted to ally Roger Stone were taken from the Mar-a-Lago mansion.

Octavio Jones/Reuters – 02/28/2021Trump claims the records were “all declassified” and placed in “secure storage”.

agents of FBI who searched the former president’s house Donald Trump in Mar-a-Lago, in the FloridaThis week, they removed 11 sets of confidential documents, some of them marked as top secret, the US Department of Justice said on Friday, also revealing that there is probable cause to believe that Trump violated the Espionage Act. The bombshell revelations were made in legal documents released four days after FBI agents carried out a search and seizure operation at the home of Trump, based on a warrant approved by a federal judge. In a statement on its social media platform, Trump said the records in question were “all declassified” and placed in “secure storage”. “They didn’t need to ‘learn’ anything. They could have it whenever they wanted without doing politics and invading Mar-a-Lago,” said the former Republican president.

The Department of Justice told Federal Judge Bruce Reinhart in his order for the warrant that it had probable cause to believe that Trump violated the Espionage Act, federal legislation that prohibits the possession or transmission of information related to national defense. The department also said it feared he might have violated several other statutes related to mishandling government records, including one that makes it a crime to try to conceal or destroy government documents, regardless of whether they are confidential. FBI agents took more than 30 items, including 20 boxes, folders of photos, a handwritten note and the pardon granted to the longtime ally and adviser. Roger Stone. The list also contained information about the “President of France”.

There are three main classification levels for sensitive government material: top secret, secret, and confidential. “Top Secret” is the highest rating, reserved for the country’s best-guarded national security information. They are usually kept in special government facilities because their disclosure can cause serious harm to national security. FBI agents on Monday collected four sets of top secret documents, three sets of secret documents and three sets of classified documents, the documents showed. They also showed that agents collected a set of documents labeled “Classified Documents/TS/SCI” — a reference to top-secret and sensitive compartmentalized material.

While an incumbent president has the authority to declassify materials, there was no indication in any of the documents released on Friday that Trump had done so before leaving office in January 2021. Several federal laws prohibit the mishandling of secret materials, such as the Espionage Act and other statutes that prohibit the unauthorized removal or retention of secret documents or materials. Trump he increased sanctions for these cases when he was in power, making them a crime punishable by up to five years in prison. On Thursday, the 11th, Garland announced that the department had asked Reinhart to release to the public the warrant that authorized the FBI search of Mar-a-Lago. This happened after Trump accusing the operation of political retribution and suggesting, without evidence, that the FBI could have planted evidence against him. The lawyers of Trump have signaled that they will not object to the opening of the Florida residency search warrant to the public, the Justice Department said in a legal document, indicating that the opening could happen soon.

At the end of Thursday, Trump issued a statement on social media saying it had no intention of opposing the disclosure. “Disclose Documents Now,” she wrote. On Friday, Republican members of the House Intelligence Committee urged Garland and FBI Director Chris Wray to release the statement supporting the warrant, saying the people need to know. “As many other options were available to them, we are very concerned about the method that was used in the raid at Mar-a-Lago,” Representative Michael Turner, the committee’s top Republican, told reporters. Since Monday’s search, the Justice Department has been receiving harsh criticism and online threats, which Garland condemned. supporters of Trump and some of his fellow Republicans in Washington have accused Democrats of using federal bureaucracy as a weapon to target him as he considers another 2024 presidential bid.