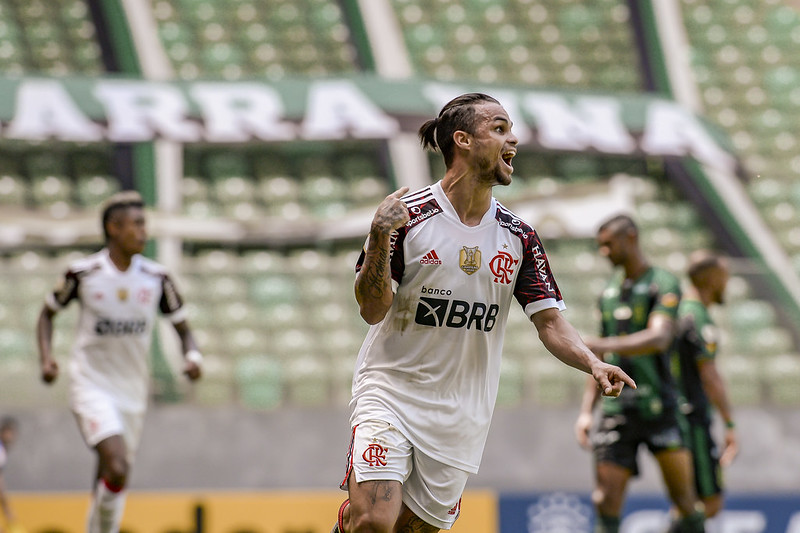 Flamengo takes a stand on Corinthians’ interest in Michael

Traded by Flamengo with Al-Hilal in January of this year for more than R$40 million paid in cash, striker Michael made it clear to his representatives his desire to return to Brazilian football. Therefore, Corinthians probed the athlete’s situation and is interested in hiring him.

However, according to Flamengo’s football vice, Marcos Braz, Michael would initially have to be offered to Rubro-Negro, if he really has any possibility of returning to Brazil. This is because the athlete himself put Mengo as a priority in an interview with journalist Alê Oliveira, in Band.

“Corinthians have the same time as me to hire, until Monday, so I don’t believe that in 48 hours the situation of Michael cannot be resolved by Corinthians, because I would be heard before. Regardless of the period, I would be heard earlier,” said Braz in an interview with journalist Venê Casagrande.

In addition, Braz made it clear that the high investment made by the Arabs would make any immediate return of Michael to national football unfeasible.

“The Arab club paid nine million dollars six months ago for the player, it wouldn’t make sense for them to release Michael now. It’s not for Corinthians, it’s for any club. I do not see a favorable juncture for this player to return to Brazilian football now,” he concluded.

Michael puts Flamengo as a priority

“There is only one truth, I want to return to Brazil. Today there are two teams closer. But I have a promise. If I promise you, I will deliver. Everything still has nothing defined, neither to go nor to stay. But I told Marcos Braz (Flamengo’s football vice-president) that when he returns to Brazil, he will always have the preference,” Michael told Alê in July.

Previous Check out 11 unmissable productions with Lakeith Stanfield, birthday girl of the day
Next Artist imagines what the characters of the series would look like in the Disney universe