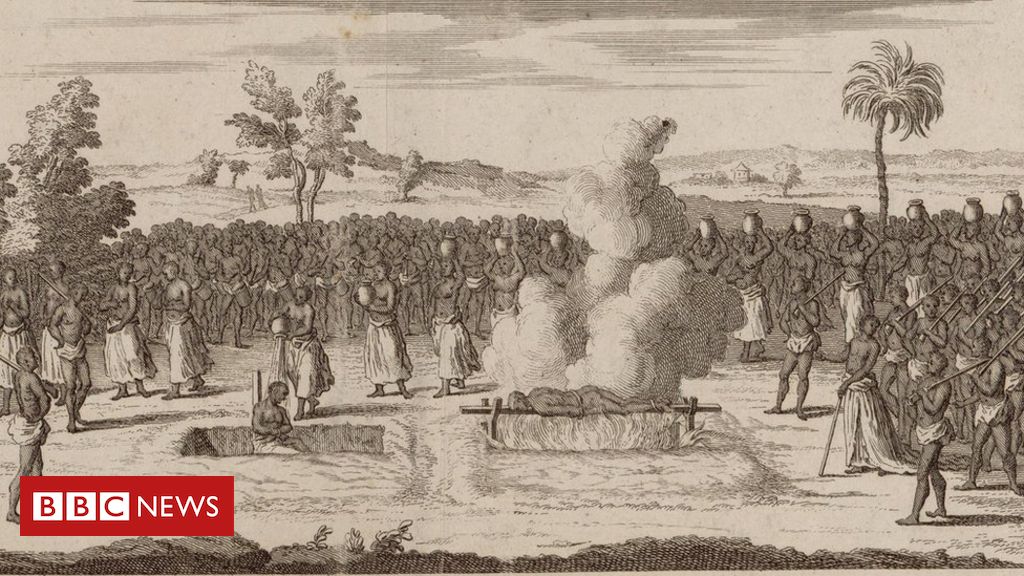 A Brazilian historian unveiled the historical origin of the courás, one of the most unique and enigmatic peoples of slavery. Also known as couranos, they were trafficked from Africa to the Americas — and, in Brazil, they inhabited several regions, mainly cities in Minas Gerais.

Until then, the history of this group of abducted Africans and forcibly brought to Brazil was uncertain, according to historian Moacir Rodrigo de Castro Maia. “This was a mystery in the studies on slavery. Although they were very present in Minas, not much was known about the origin of the courás”, he says.

Thousands of couranos were trafficked to the Americas — from the United States and the Caribbean to South America — and a significant part landed in the Portuguese colony to work in the first decades of gold and diamond production in cities such as Diamantina, Ouro Preto and Mariana — there are also records of them in the south of Bahia, in Goiás, Pernambuco and Rio de Janeiro.

When they arrived, they were baptized by other courás who were already here (when entering Brazil, the enslaved were forced to change their name). They became Francisca or João Mina, for example — and Mina was a reference to the so-called Costa da Mina, an African region that was home to a Portuguese fort and where today the countries of Ghana, Togo, Nigeria and Benin are located.

Maia’s research precisely pointed to the coast of the Republic of Benin, a country in the western region of the African continent, as the place of origin of the courás.

“This discovery may open up a series of possibilities for studies on slavery, the African trade and this people so well known at the time. The history of the courás is tragic and surprising”, says Maia, who works at the Center for Research in Economic History and Demographic of the Federal University of Minas Gerais (UFMG).

In fact, the word “courá” was the key for the researcher to unravel the mystery. The people lived in the so-called Kingdom of Ouidah—also known to the Portuguese as Ajudá—which for a few centuries occupied the coastal region of Benin until it was conquered by another African kingdom, Dahomey.

“The word courá was like drug dealers and the Africans themselves translated into Portuguese the identity of the population of the Kingdom of Ajudá”, explains Maia.

The historian has found references to the kingdom in historical documents from other European states that explored the slave trade in the 17th and 18th centuries.

The Kingdom of Ajuda was called Whydah by the English, Judah or Judah by the French, and Fida by the Dutch.

“A Portuguese document said that the courás invaded a fort during a conflict with members of the Kingdom of Dahomey. Crossing the documentation, I discovered that those courás were the people called Judaiques by the French and Whydahs by the British. They were from the same place”, explains Maia. .

In Brazil, both the huedas and the hulas (the two peoples inhabiting Ajudá) began to declare themselves as the “courá nation”.

This union of the two peoples reveals that, in Brazil, the population of the Gulf of Benin wove its own identity and struggled to rebuild their lives under the same identity.

Moacir Maia’s study of the group, initially a doctoral thesis at the Federal University of Rio de Janeiro (UFRJ), gave rise to the book From drug-dealing kingdom to trafficked people: the diaspora of the courás from the gulf of Benin to Minas Gerais (National Archive), winner of the 2019 National Archives Research Award and recently released.

The research shows that the courás lived and suffered with enslavement, conflicts and violence in Africa and Brazil, but they also fought to maintain their identity, history and religiosity even in foreign lands.

The history of the “courá nation” travels from the abundance of a rich and powerful kingdom to the decadence of a people conquered by African invaders and sold into slavery to Europeans.

In the 17th century, the small Kingdom of Ajuda, home to the Couranos, had an important port (in the current city of Ouidah), used by some European nations to export spices and mainly to traffic people.

“Ajudá managed to negotiate a truce between European states that were in conflict at the time, such as England and France. In that domain, they worked side by side”, says Moacir.

This dual trade in Africa, in agricultural products and in people, gave Ajuda a period of economic prosperity.

“It is important to say that, at the time, the kingdoms did not capture their own people for slavery, but people from other places, from more distant regions that were conquered… Foreigners were captured and sold to Europeans”, he says.

But the increase in this slave trade has fueled violence and tensions in the region, says Maia.

And one defeat forever changed the fate of the Kingdom of Ajuda and its population.

In the early 18th century, the region was invaded and conquered by the Kingdom of Dahomey, which was expanding because of its close and profitable partnership with the European-led slave trade.

“Dahomey becomes a slave power serving as an intermediary for the Europeans. The courás then transform from a population that traded slaves into an enslaved people in the Americas. This traffic continued for another century, and only diminished in the mid-19th century.” , says Maya.

the master of sorceresses

In Africa, the courá lived mainly from agriculture, fishing and the production of sea salt. However, in Brazil, they became known as “good miners” because of their extensive activities in the production of gold and diamonds in Minas Gerais.

According to Maia, they learned the craft by coming into contact with other Africans who were already working in the area.

The slave model encouraged the erasure of the history and identity of Africans who entered Brazil by the thousands — this is one of the reasons for the mandatory change of names in a Christian baptism, for example.

It was feared that the preservation of a sense of identity and community ties could give rise to revolts against slaveholders.

However, according to the historian, the “courá nation” managed to somehow preserve its history and culture in the Portuguese colony, at least in the generation of the trafficked themselves.

“Several courás who arrived in Brazil were baptized and welcomed by another couráno. That way they managed to maintain a sense of identity, of community, as they were from the same region and shared a coexistence and a history of violence”, says Maia.

Religiosity was another factor that kept alive the identity and culture of the children of the Kingdom of Ajuda in Brazil.

Born on the coast of Benin, the courana Ângela Maria secretly met with women on “white moon” nights in the city of Minas Gerais. Famous in the region, she was even denounced to the Inquisition as a “master of witches”.

She was a fan of vodunsi, a common religious practice in the Gulf of Benin. “For many followers of vodun deities, the individual would find balance and protection by respecting and embodying other supernatural protectors,” writes Maia.

On the other hand, the baker Ângela Maria was also a prominent devotee of Nossa Senhora do Rosário, being part of the saint’s brotherhood in Minas Gerais – this information, however, was not included in the complaint to the Inquisition.

“Many priests and adepts of this religion arrived here. Although the man was the supreme priest, the women who embody the divinity in vodum were”, says Maia.

According to him, the religion, culture and way of life of the courás have “great importance” in the history of Brazil, although more studies are needed to better understand this influence.

“When it is said that the individual was enslaved, normally we do not know what his story is, where he came from, what his society was like and what happened to make him fall into the web of human trafficking. The history of the courás is global, it is in several countries in America and Europe. We are all heirs of this history and, therefore, we need to understand it”, completes the historian.

Previous MANY professions are already prepared for the Metaverse: check yours!
Next Who was Oppenheimer? All about Christopher Nolan’s new movie