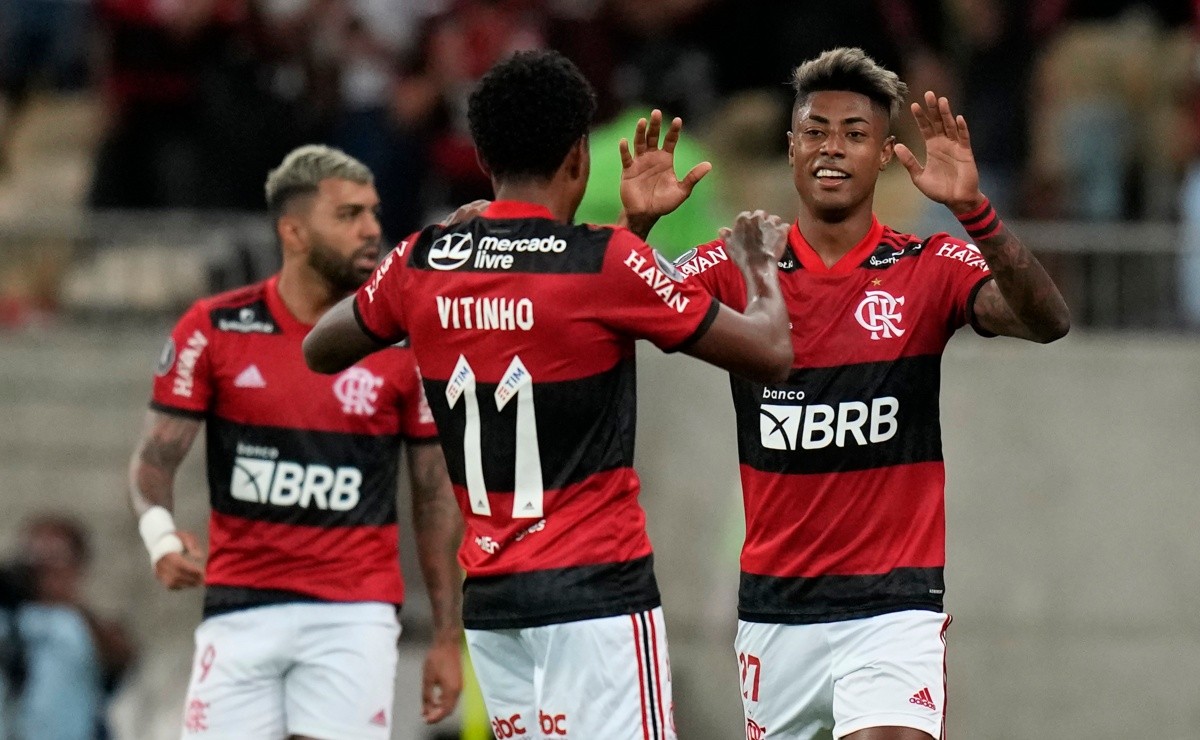 Rubro-Negro will have squad changes for 2023

In this transfer window, Flamengo, classified in Libertadores, returned to the market with everything. The Rio club has already announced the signings of midfielder Arturo Vidal and Erick Pulgar, striker Éverton Cebolinha and right-back Guillermo Varela, who has yet to debut.

However, the club does not want to stop there and, even for this window, it looks forward to the arrival of a few more names. Oscar, midfielder from Shanghai Port, is one of them. The player already has an agreement with the Rio de Janeiro team and is awaiting the release of the Chinese to be made official.

However, Flamengo will not only live from arrivals. For next year, the club will also have some departures, with Marcos Braz having confirmed two of them: forward Vitinho and goalkeeper Diego Alves – both are in the final stretch of their contract.

About Vitinho, Braz stressed the importance of the player, but made it clear that a new contract will not be signed: “He is a very dear player here internally, but there was no insertion from the board for him to renew. In fact, Vitinho will probably get some fresh air at the end of his contract.”

As for Diego Alves, Braz spoke about the great moment experienced by Santos, in addition to highlighting the confidence that the club has in Hugo: “We will most likely not renew. He has six months of contract, he is in the middle of this contract, there is (Also,) We have confidence in Hugo.

Previous how to get glossy hair
Next Pezzolano trial, millionaire conviction: Cruzeiro today (12)