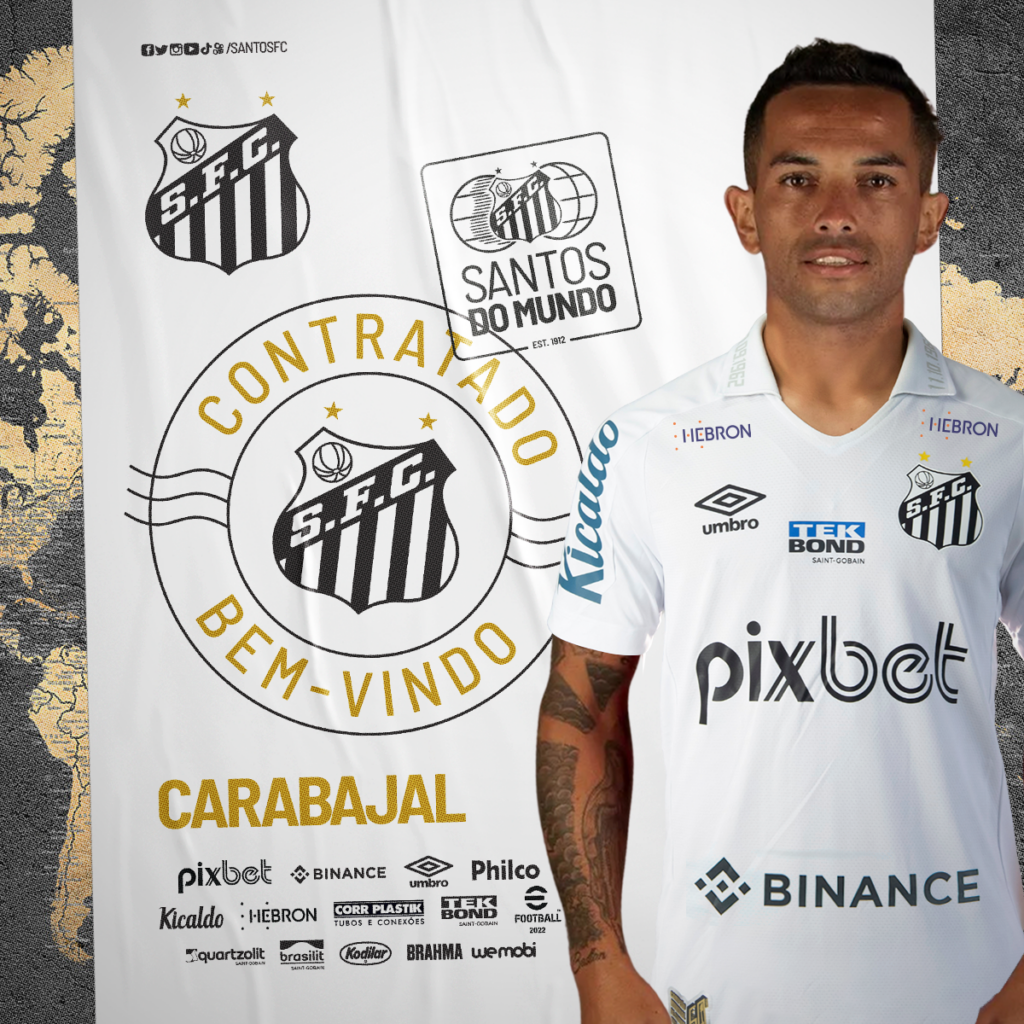 Midfielder Gabriel Carabajal is the new reinforcement of Santos FC

Santos Futebol Clube is still active in the market and now has a new midfielder. Gabriel Carabajal, who was at Argentinos Juniors, agreed this Friday (12) his definitive transfer to Peixe and arrives with a contract valid for four years.

Born in Córdoba, Argentina, Carabajal is 30 years old and started his career at Talleres in 2009. After several seasons at the club, he was loaned to Universidad de San Martín, from Peru, in 2015, and returned to Argentine football the following year to play for Godoy Cruz.

The midfielder also had spells at Patronato, Atlético San Martín and Unión Santa Fe before joining Argentinos Juniors last year. In the Colorado team, Carabajal took over the title and quickly became one of the highlights.

“Very happy to be here. I really wanted to play for Santos FC and I made all the necessary efforts to come. It’s a giant club. I believe that on the pitch I can respond and now I’m going to enjoy that moment”, said the new Santos reinforcement.

In the current season, Carabajal has 29 games, three goals and two assists. In 2021, the midfielder had four goals and six assists for the Buenos Aires team. Now, the Argentine arrives to reinforce Alvinegro Praiano.

“Carabajal is an athlete who will help our squad a lot with his experience and dominance in the midfield. He was an athlete mapped by our Scouting Department, again following the process created by the Club for hiring. A very technical athlete who will add a lot to the squad for the next few years”, said president Andres Rueda.