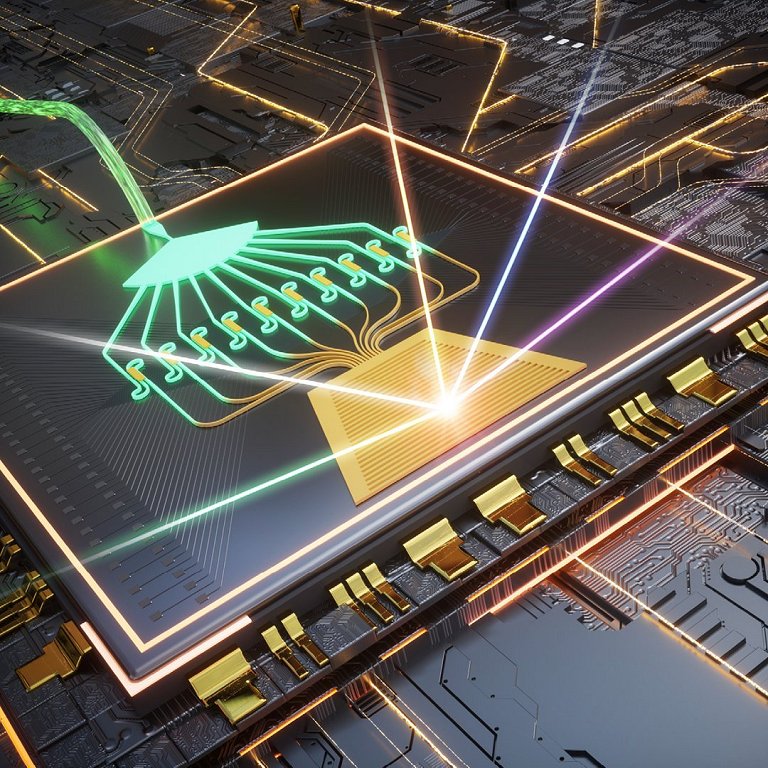 Each beam of light moved electronically, without the need for micromirrors.
[Imagem: Hao Hu/TUD]

The Deal (Light Detection And Ranging), also known as light radar, uses laser pulses to capture 3D information about a scene or object.

It is already used in a wide range of applications such as driverless cars, free space optical communications, 3D holography, biomedical sensing and virtual reality.

With so much versatility and capacity, all that remains is to miniaturize the light radar, as current equipment is large, consumes a lot of energy and depends on mechanical devices, micromirrors that need to move to direct the light beams so that they scan the entire scene.

“Optical beam steering is a key technology for Lidar systems, but conventional mechanical-based beam steering systems are bulky, expensive, vibration sensitive and limited in speed,” said Hao Hu of the Technical University of Denmark. “While chip-based devices known as in-phase optical arrays (OPAs) can direct light quickly and accurately non-mechanically, so far these devices have poor beam quality and a field of view typically below 100°. degrees.”

OPAs (optical in-phase arrays) direct light by electronically controlling the phase profile to form specific light patterns. Most use an array of waveguides to emit many beams of light and then apply far-field interference (far from the emitter) to form the pattern.

However, these waveguide emitters are typically spaced apart from each other, generating multiple beams in the far field, which creates an effect known as aliasing (aliasing). To avoid this aliasing and achieve a 180° field of view, the emitters need to be close together, but this causes strong interference between adjacent emitters and degrades the quality of the beam. So, until now, there was a trade-off between the field of view and the quality of the beam.

To overcome this difficulty, the researchers designed a new type of OPA that replaces multiple emitters with a grid traced on a wafer to create a single emitter. This setting eliminates the aliasing error because adjacent channels in the grid can be too close together. And the coupling between adjacent channels is not harmful because everything works in the near field (near the single emitter) – the light can then be emitted to the far field at the desired angle.

“Our new chip-based OPA shows unprecedented performance and overcomes the long-standing problems of OPAs by simultaneously achieving aliased-free 2D beam steering across the entire 180° field of view, and high beam quality, with a low level of side lobe,” said Hu.

Previous CONMEBOL sets dates and times for Libertadores and Sudamericana semifinals
Next Salman Rushdie is not Michelle Bolsonaro. By Luis Felipe Miguel