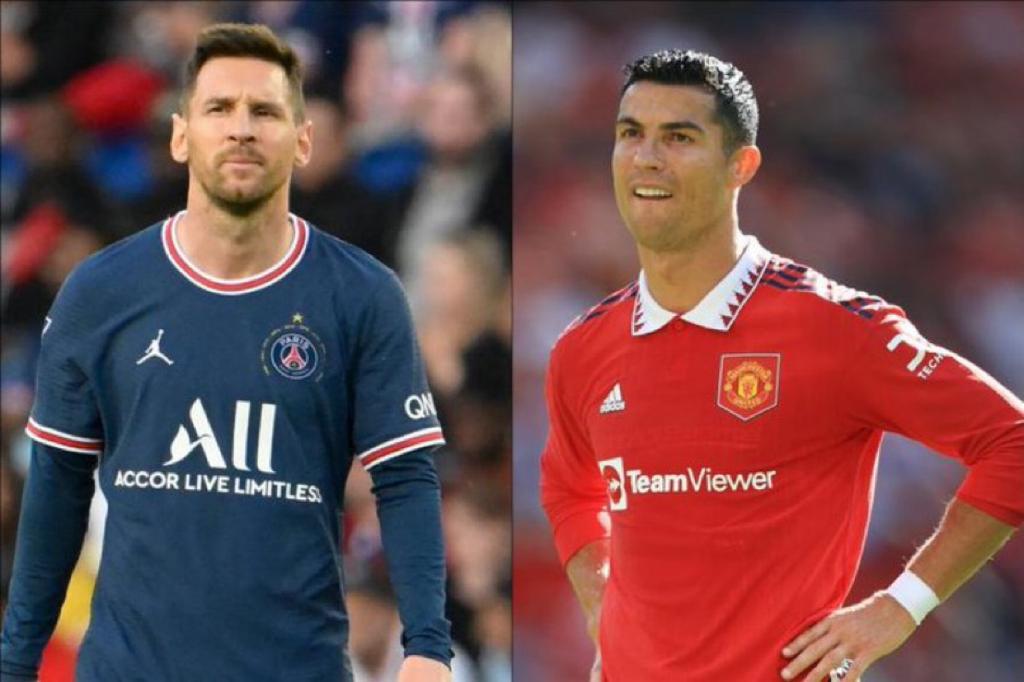 France Football magazine released this Friday the 30 names nominated for the 2022 Ballon d’Or award. With the presence of CR7 and three Brazilians, the surprise on the list was the absence of Argentine Lionel Messi, the biggest winner of the trophy, with seven. Neymar was also not chosen. The newspaper L’Team questioned the presence of the Portuguese star, while the PSG shirt 30 did not receive the nomination.

“Why Messi is absent while Ronaldo is on the list of nominees for the 2022 Ballon d’Or” asked the French newspaper.

“A sacrilege? An event that could be an earthquake in the land of the round ball that Messi has so often dominated. The modification of the Ballon d’Or criteria (the first to be linked to individual performances) was not favorable to the player with thirteen podiums. The disappearance of his career achievements was even fatal for the Argentine. The change in frequency didn’t help either. As much as Messi surfed the title brought back to Argentina in the Copa America, he could not be in the running to compete for the award.”highlighted the newspaper.

On the other hand, Cristiano Ronaldo is for the 18th consecutive time among the nominees to compete for the Ballon d’Or.

Messi’s performance for PSG is reason

O L’Team highlights that Messi was far from expectations in his first season at PSG. And that was the reason why the Argentine was left off the list for the first time since 2005.

Messi played 34 games for Paris Saint-Germain last season, scoring just 11 goals. This is a far cry from the 91 goals that the star scored in 2012, when he was at Barcelona.

“Above all, his first year at PSG was stamped with the seal of disappointment. Just six goals, in Ligue 1. An unusual lack of success (11 goals in total). 14 assists, certainly, but an unpleasant impression that a part of Leo had remained in Barcelona, ​​his frequency of advances, his determination, his irresistible side were not there. With PSG, the transplant didn’t really take hold, Messi seemed to run (walk?) after his best form, and the strained relationship with Mauricio Pochettino made the phenomenon worse.” emphasized the newspaper.

The vehicle pointed out that a truncated physical preparation after the Copa America, long trips to South America and the contraction of Covid-19 were some of the reasons why the Argentine will not compete for the award that he is the biggest winner.

CR7, in turn, was Manchester United’s top scorer last season. The 37-year-old scored 18 goals in the last Premier League. In addition, the star scored 2 hat-tricks in the tournament. In all, there were 32 goals in 49 matches in all competitions.

In addition, the Portuguese, surpassed the Iranian Ali Daei (109), as the top scorer by selection (117). And now he’s looking for his sixth Ballon d’Or after the nomination.

Although Neymar was excluded from the list of the 30 best players in the world by the French magazine, Brazil was not without representatives.

Brazilians Vinícius Júnior and Casemiro, from Real Madrid, and Fabinho, from Liverpool, were nominated and will represent the country at the awards.

Previous São Paulo tried to cross Santos to get to Soteldo, but received another ‘no’ for an answer
Next “It is our thinking”; Marcos Braz breaks the silence and indicates whether or not he will continue with Dorival Júnior in 2023