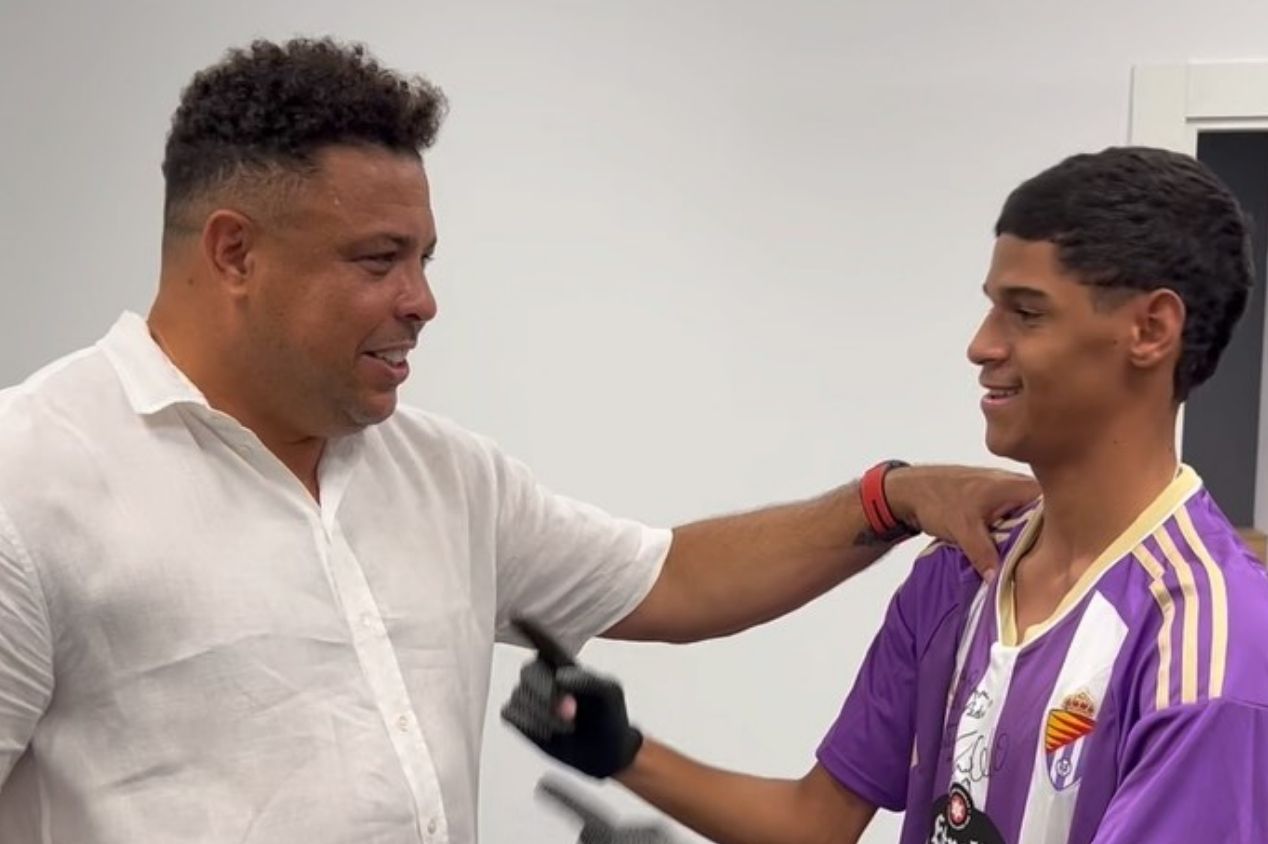 After meeting names like Ronaldinho Gaúcho and Neymar, Luva de Pedreiro had the opportunity to be side by side with another football genius. Wearing the Valladolid shirt, Iran Ferreira went wild when he was close to Ronaldo, who classified the young man as a “phenomenon” during the dialogue published on social networks.

“Thank God, Dad. He is the best of the world. Tell the truth”said Mason’s Glove.

“You’re the best in the world. Phenomenon”replied Ronaldo.

Before the chat with Ronaldo, Luva de Pedreiro was present at the Atlético de Madrid stadium, being announced as a new “reinforcement” for the Colchoneros. In addition, the trip to Spain, at the request of La Liga, had a moment of relaxation involving Diego Costa, Renan Lodi and Reinier.

On social media, Luva de Pedreiro has been announcing more bombs after signing with Adidas. With the image of Spider-Man being released, fans are considering a partnership with the Marvel superhero, as Iran revealed that he will soon land in Hollywood.

“I’m the real Spider-Man, boy! Everyone will see me. Wait for the Mason’s Glove in Hollywood. That’s all I have to say, see! It’s Spider-Man, Dad. I will give a spoiler. They called me and I was starting conversations with these people. It’s spider business, I’ll tell you soon. So inviting me to this stop there. And there’s Peter Parker, who saw that name roll? They’re trying to spot me in the middle of some good stuff there, and I’ve always wanted to be Spider-Man.” said.

See below the full meeting between Luva de Pedreiro and Ronaldo Fenômeno.