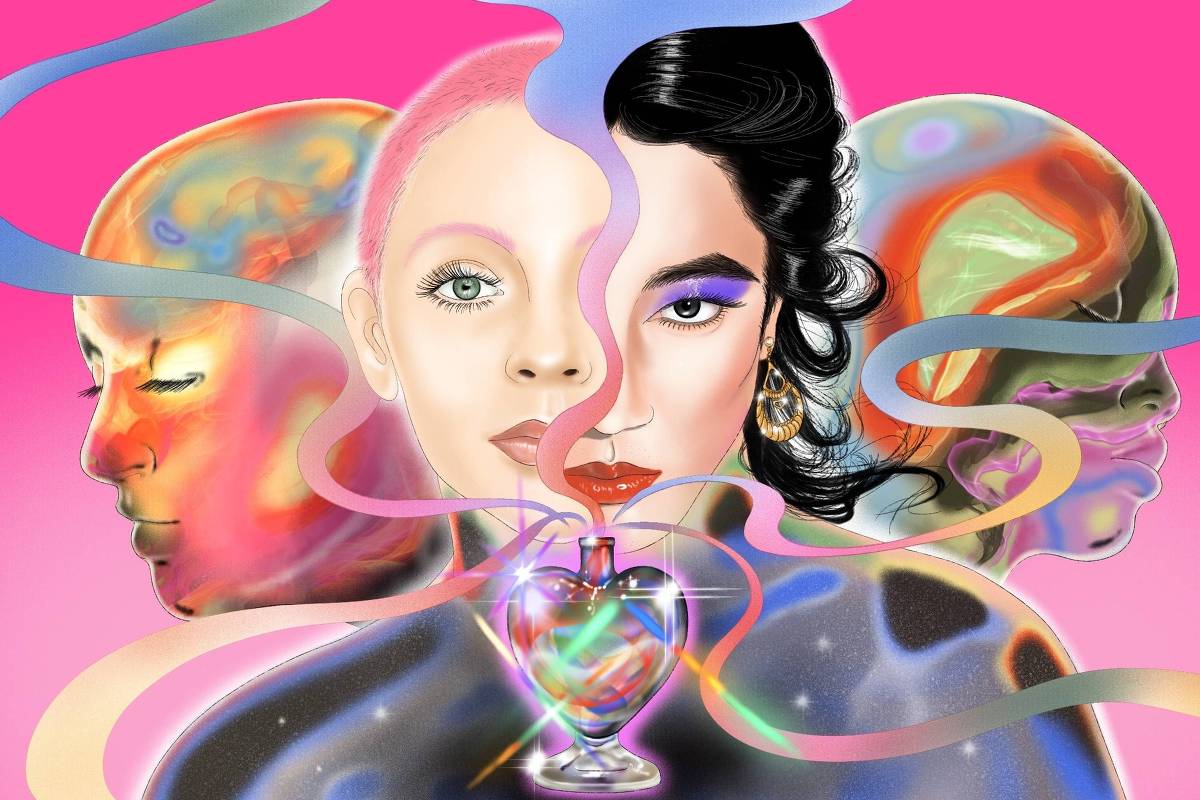 In 2001, at the launch of a new Yves Saint Laurent perfume, the maison’s creative director, Tom Ford, threw a sensational party at the Paris Stock Exchange headquarters, displaying a bevy of practically nude models in a giant acrylic container. The name of the perfume was Nu (whose meaning in French is the same as in Portuguese).

Linda Wells, founding editor-in-chief of Allure magazine, attended the party and compared Ford’s production to a human aquarium filled with squirming models in lingerie. It was like a ball pit of the kind you see at children’s parties, only bigger, fueled by alcohol and full of nearly naked adults.

An event like this seems unimaginable today, and not just because unfettered hedonism became taboo after the #MeToo movement. The whole marketing ideal has changed: today most creators and brands don’t use sex to sell perfume, and people don’t buy perfume to have sex.

For decades, perfume marketing prioritized seduction. Fragrances were a bottled way to help people find mates. It’s a construct that seems wildly irrelevant today, given that we have dating apps — a more efficient and coherent way to find a partner than waiting for someone to smell your scent and fall in love with you.

Nowadays brands talk about perfumes in terms of places and how they will make a person feel when wearing them. Smaller, niche brands like Byredo and Le Lago are promoted as “gender neutral”.

These brands do not encourage outdated gender constructs or unique messages about sex and sexual orientation. It’s not a competition to see which scent is the sexiest — it’s to see which can elicit the strongest emotional connection.

For neuroscientist Rachel Herz, author of “The Scent of Desire: Discovering Our Enigmatic Sense of Smell,” perfume has moved beyond marketing “direct themes” like power and sex. for the encouragement of a “personal journey”.

It can be a journey of self-empowerment or for you to become your “best self”, an idea that Glossier promotes with its Glossier You fragrance. According to the company’s website, the perfume “will grow with you no matter where you find yourself in your personal evolution” because “it’s not a finished product. It needs you.”

Other fragrances take the consumer on a different journey. Harlem Nights by World of Chris Collins takes you to a Prohibition-era bar, with aromas of musk and rum that evoke cigars, liquor hidden on a high shelf and nightlife in 1920s bars.

So when did perfume stop referring to sex?

The evolution of gender ideals

Traditionally, perfumes were created for men or women – rarely for both – and promoted by multi-million dollar campaigns that highlighted traditional gender norms or hypersexualized imagery.

Who remembers the ads for Calvin Klein’s Eternity perfume in the 1980s, featuring Christy Turlington and Ed Burns? And the sexy Gucci Guilty campaign with Evan Rachel Wood and Chris Evans from 2010? In today’s cultural climate, both seem heteronormative.

The discussion today is led by a younger generation with more fluid interpretations of what constitutes gender, sexual orientation and romantic relationships. “Gender neutral” and “genderless” have become mainstream concepts, fundamental to fashion, makeup and perfume. They are no longer on the fringes of discussion.

This was followed by an increase in unisex and genderless fragrances. In fact, many of the niche and artisanal brands that have achieved widespread popularity have never assigned a genre to their perfumes.

Byredo has promoted its perfumes as unisex since it was founded in 2006 by Ben Gorham. The same applies to Le Labo, Escentric Molecules, DS & Durga, Malin + Goetz and Aesop.

“Your gender, your nationality, your sexual orientation, none of that matters,” said Chris Collins, founder and chief executive of World of Chris Collins. All 12 perfumes by the brand founded four years ago are genderless. “There shouldn’t be a distinction,” he pointed out.

For the big global names in the field of perfumes, genre and romanticism are still fundamental to attracting the mainstream audience. Dior’s campaigns are not overtly sexualized, but the brand presents clearly feminine ideas in the Miss Dior campaigns, starring Natalie Portman since 2011, in addition to the golden J’Adore Dior ads in which Charlize Theron for 18 years has embodied a Greek goddess.

“Romanticism is not necessarily outdated,” said Herz. It is the representations of romanticism that have become more abstract, she explained, because “things are less heterosexually defined” than they were a decade ago.

Why do we wear perfume today

During the pandemic, with stores closed and few possible ways to test a perfume before buying it, Suzanne Sabo, 45, of Levittown, Pa., has taken to buying perfumes “blindly” to treat herself. The first fragrance she ordered was Jasmin Rouge by Tom Ford Beauty, which she discovered in an online advertisement.

“There was nothing sensual or sexual about him,” said Sabo, a writer at a technical college. “It was very basic. It was a description of the perfume. Wearing the perfume at home, wearing sweatpants, I felt like a new woman. I felt wonderful.”

Rachel ten Brink, a partner at Red Bike Capital and founder of the Scentbird perfume line, saw customers starting to adopt this mindset a few years ago.

In a 2015 poll in which Scentbird customers were asked why they wore perfume, the top answer was “how I feel when I’m wearing it.” Attracting people of the opposite sex was the sixth or seventh most common response.

Smaller, independent brands are often more creative in their approach to perfume creation, highlighting individual ingredients and scents or using a story to appeal to consumers. Their fragrances are often stronger, bolder and more expensive than department store ones.

“Craft perfumes have always been more focused on smells and ingredients and less focused on image,” explained Larissa Jensen, beauty industry analyst at the NPD Group.

Perfume bottles that show lemons, oranges or lavender are “the visual descriptors” that draw people in, she said. “You’re not looking at an ad with a naked male ass.”

Previous Venezuelans are not enough, Maduro’s regime now murders Brazilians
Next Guess ge: see the bets of presenters and commentators for the 22nd round of the Brasileirão | guess center

A Quiet Place is a thriller and horror film, released in 2018 and was highly …