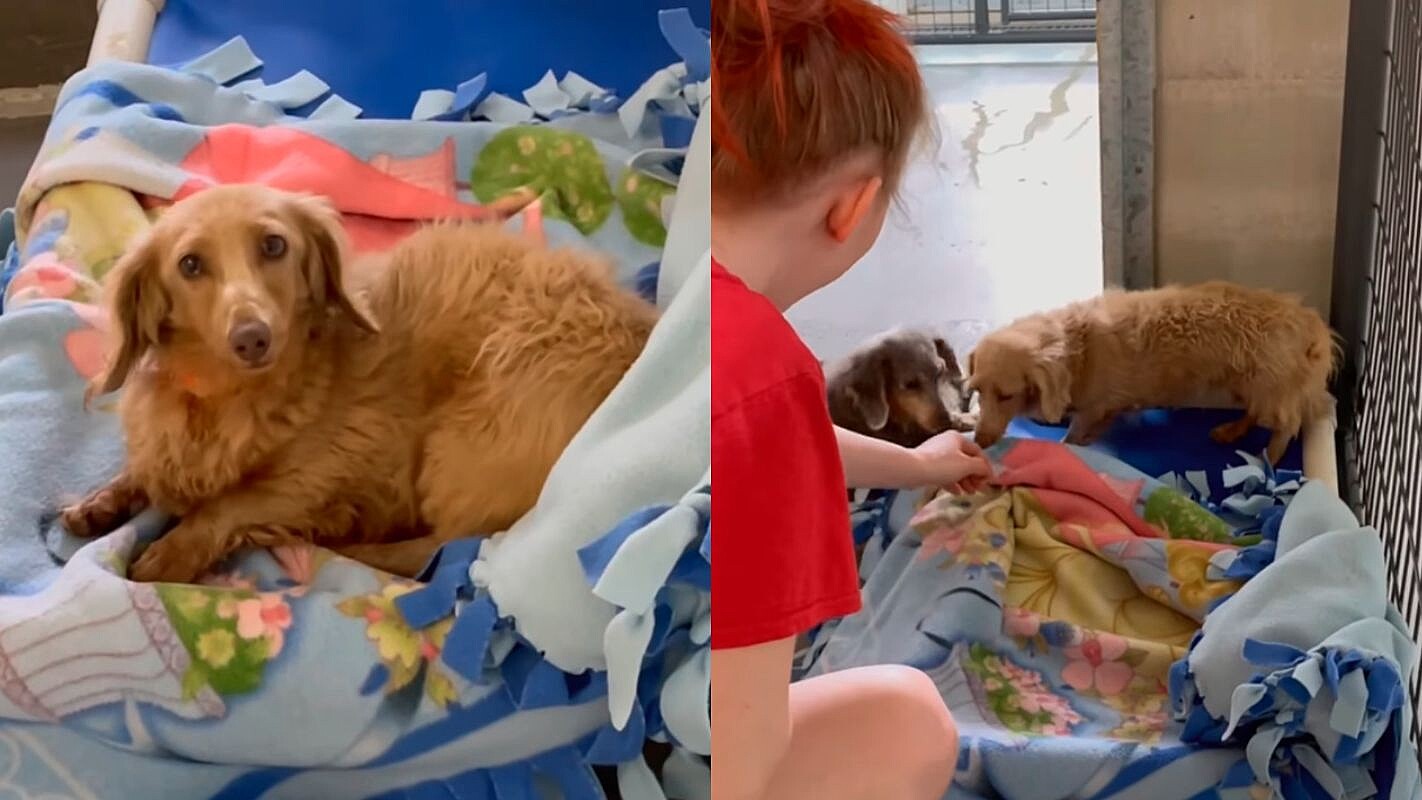 At the National Mill animal rescue center in Peyton, Colorado (USA), every time a dog is welcomed, it receives its own blanket.

On July 4th, a group of 16 puppies received their first blankets at the shelter and their reaction was published in a video on Facebook, which already has more than 355,000 views.

From the outside looking in, giving a dog a blanket after he’s been rescued is no big deal. But for four-legged friends the gesture means much more. The blanket won at the institution is often the first one they see in their life.

“Most of them lived in cages lined with wire floors,” Melody Kahtava, the station’s social media manager, told The Dodo. “When they see blankets for the first time, they often don’t really know what to do.”

This is what happened to the group of 16 rescued dogs when they received their blankets. In the video posted on Facebook by National Mill Dog Rescue, the animals go one by one to receive the blanket. At first they seem insecure about the new object – and for them strange – but over time they get used to the fabric, smell and sensations that the blanket gives them.

At the end of the video, the puppies lie down and roll on top of their first blankets.

And this is very typical, as Melody puts it: “Many sniff cautiously and some just cling to them like it’s the best thing they’ve ever seen, because it is.”

The object is used to help dogs go through a transition phase, just like babies who use a toy or diaper and cloth to keep themselves together. In the case of dogs, the blanket helps them to better develop their emotional side and “overcome” any trauma they may have suffered.

The 16 dogs arrived at the rescue center on July 3rd and some of them had skin problems or were even blind.

After the first insecurities about the blanket wore off, they settled into their new bed. “You learn to appreciate them very quickly,” says Melody.

“You see most of them hugging them regularly,” he says.

The post has gathered more than 680 comments since it was published:

“I loved seeing this, thanks for sharing”, commented Carol

“It looks so comfortable,” commented another netizen.

“My heart is full with this scene,” Amy said.

When the puppies are adopted by a family, they receive a new blanket so they can take it to their new home. “This is a very special part of our adoption process,” adds Melody.