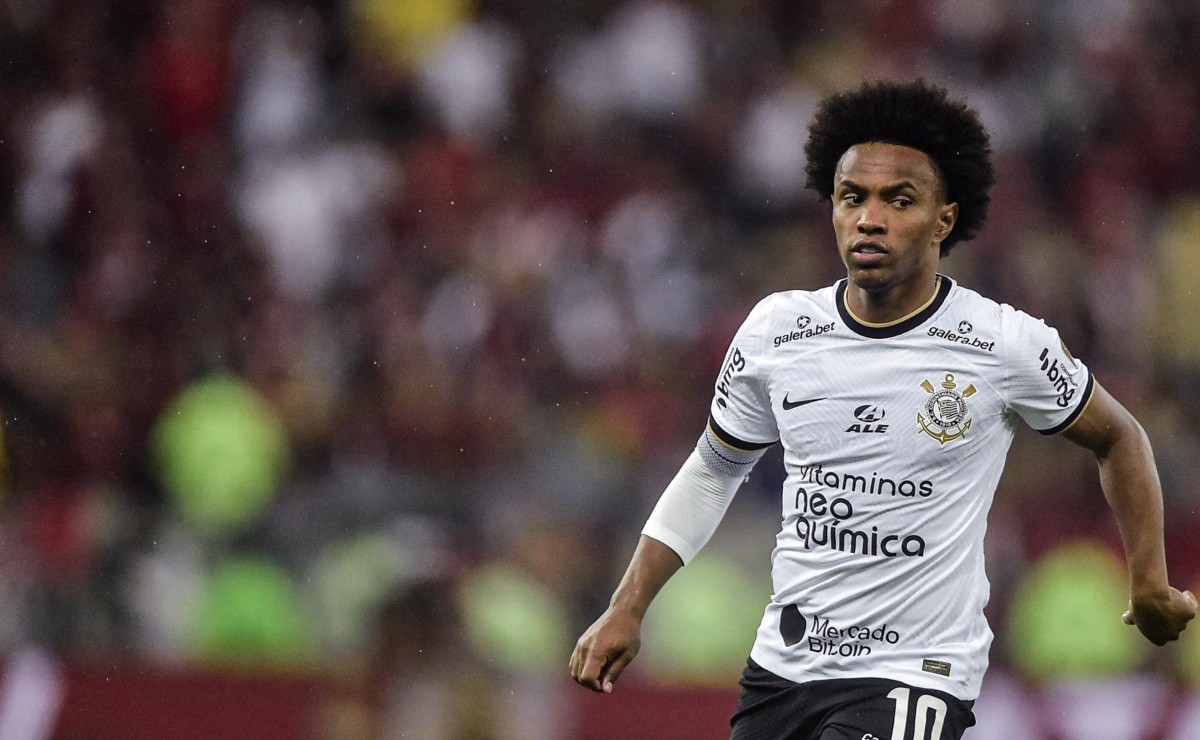 “The feeling…”; Willian’s attitude has repercussions on the Corinthians squad and stirs up the Timão board

Corinthians announced this Friday (12) that attacking midfielder Willian has terminated his contract at the club. Later, the player explained the reasons why he broke his bond with Timão, which would run until December 2023. The athlete claimed the lack of security and that his family had suffered constant threats, and that’s why he came to the decision to return to the Old Continent. The medallion now alongside its managers will study the best proposal to finally settle with a new team.

After signing the player’s termination, Duílio Monteiro Alves is in the market looking for a replacement. Plan A belongs to Michael, who is currently at Al-Hilal in Saudi Arabia. What weighs against the Corinthian leadership are the values ​​and the time that the leaders will have to complete the operation. It is worth remembering that the window closes this Monday (15), which makes the task even more difficult.

Willian’s decision to leave Vitor Pereira’s team did not go down well. According to the Gazeta Esportiva reporting team, the cast did not like the attitude of the attacking midfielder once it was that the feeling was that the medallion jumped from the boat in the most difficult moment of the team in the season and still with a Brasileirão and a return game of the Copa do Brasil to play in the coming days .

The first match without Willian takes place this Saturday (13), against Palmeiras, at Neo Química Arena, in a game valid for the 22nd round of the Brasileirão. Timão is the vice-leader of the national competition with 39 points, 6 less than the arch-rivals. On the next day 17, also within their domains, Alvinegro will try to reverse a 2-0 advantage of Atlético Goianiense for the Copa do Brasil.