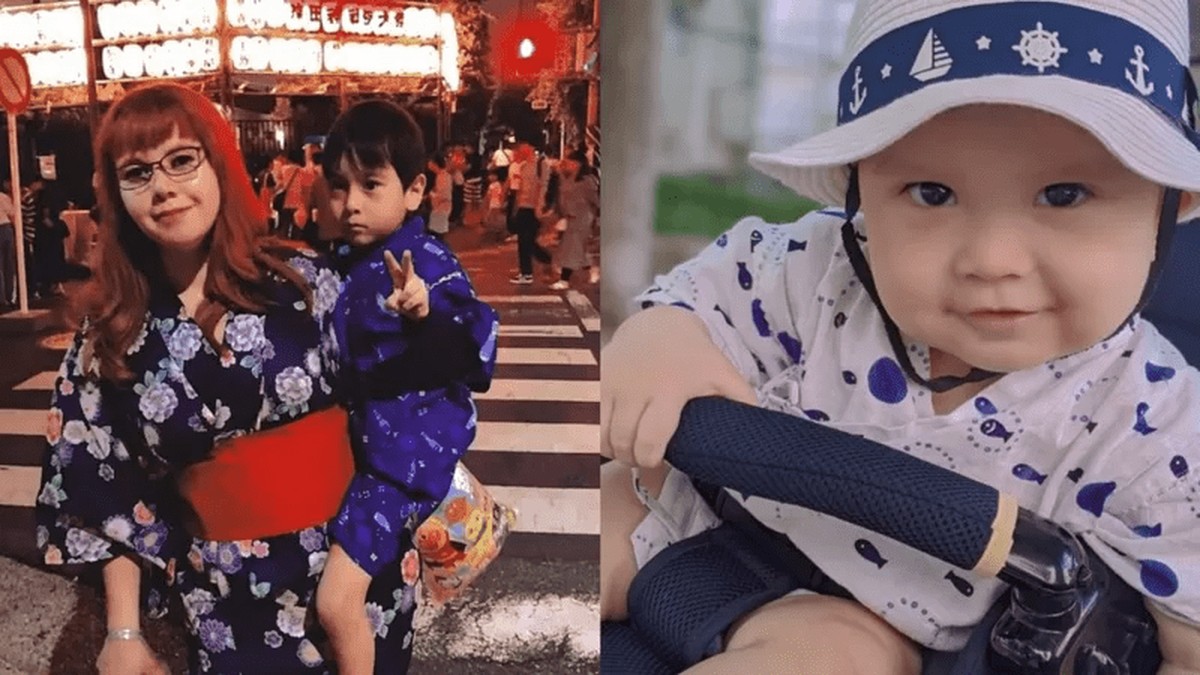 The struggle of Brazilian mothers to work in Japan: ‘I was fired because my son got sick’ | World

Paloma Arakaki was happy. After two years without a job, she got a job at a distributor for markets in Kawasaki, a city near Tokyo, Japan. The service was smooth, and the salary was good, but a month ago there was an unforeseen event that caused her to be fired.

Her 2-year-old son Kouji had a fever, and she had to miss a day to take him to the doctor. The 28-year-old Brazilian received a call the same day.

“My boss told me that what I was doing wasn’t right, missing and disturbing the company and that I should give up the job. I insisted that I wanted to stay, but he told me to leave since I had to take care of my children” , it says.

Paloma says she cried when she hung up the phone. As much as he was enjoying the job, he couldn’t guarantee that something like this wouldn’t happen again, and for his employers, missing work because of children wasn’t justifiable.

“He asked if I would go to work the next day, but my son still had a fever, and I couldn’t confirm. I ended up agreeing to leave. I don’t understand how they don’t understand this, I told him I had children before I came in. It was two years without a job. , and I was very happy”, he says.

Paloma’s struggle to take care of her children and work in Japan began in 2020, long before this episode, when she became pregnant with Kouji.

At the time, he had been working in a grocery store warehouse for three years, on a light job that involved carrying empty boxes. But when she announced her pregnancy, she says she had to fight a battle not to be fired.

“They told me to ask for the bills. They insisted every month when they gave me the payslip, they said I would receive the benefits even if I left. I started researching and saw that if I didn’t work until the seventh or eighth month, I wouldn’t receive anything. “

Because she resisted and sought the help of the Ministry of Labor, Paloma managed to take her maternity leave, but after the stress and insistence on giving up the job, she did not return to the same job. When the time came to look for a new service, the challenges began again.

Japan suffers from a social issue that affects women: having children and a career seems to be a privilege for few, and most have to choose between one and the other.as pointed out by the Glass Ceiling Index, The Economist magazine’s annual ranking of the best and worst countries in the Organization for Economic Co-operation and Development (OECD) for women to work.

The list of 29 nations places Japan in 28th position, above only South Korea. And the researchers’ justification is that the country still has a system that forces women to choose between children and a career.

“The burden of taking care of the children and the house usually falls on women, and it is very difficult to reconcile work and domestic life. Companies prefer those who are willing to work long hours, and therefore many women no longer want to have children. “, explains Naoko Sasaki, leader of the NGO Matahara Net, which helps workers who are mothers fight abuse at work.

The organization attends more than one hundred consultations a year. These are women who suffer pressure to leave their jobs, lose their rights or suffer abuse from colleagues and bosses because they are less willing because of the pregnancy and available because of the needs of their children.

This year, the NGO opened an online message exchange group and has registered around ten daily publications. In many cases, women are advised to seek help from the region’s Labor Office, a government agency that receives workers’ complaints and advises companies, the labor union and even a lawyer to seek to ensure that the law protecting mothers and pregnant women is fulfilled.

Brazilian mothers who are fired

“It is illegal to fire pregnant women and after the information was widely disseminated, these cases became rare. In the last two years, there have been almost no consultations of pregnant Japanese women who were fired. On the other hand, there are problems such as pressure to leave work after of leave and attempts to demote the employee who became a mother”, explains Sasaki.

But, in the Brazilian community, the subject is recurrent. In online groups, there is no lack of reports of workers asking for help because they were instructed to leave the service after announcing their pregnancy. In most cases, those who have experience with this give the same advice: “Don’t sign anything or you’ll lose your rights.”

Brazilian Juliana Afonso Miyashima, 27, lives in Shizuoka, in the central region of the country. In February 2021, she found out that she was pregnant with twins. At the time, she worked in a packaging factory with a fast pace and lots of overtime.

“When I told them and asked them to change my sector, they didn’t let me. I continued the heavy work and had a bleed. The doctor sent me a letter to get me away, and they wanted to let me go”, he says.

Juliana Miyashima with her husband Daniel and their one-year-old twins, Yasmin and Miguel — Photo: ARQUIVO PERSONAL/BBC

She did not accept the proposal. If she had accepted, she would have been without maternity leave and other extra benefits because her pregnancy was risky.

“A friend went through the same thing and told me to ask the union for help. They fought with the company and ensured that I received everything”, he says.

The reports heard by the report suggest that dealing with the attempt to resign soon after discovering the pregnancy is quite stressful and confusing for a foreigner with little knowledge of the local language or the laws of the country.

In online groups, some women comment that they ended up believing the companies’ conversation, signed their resignation and were left without rights.

While some manage to find the strength to pursue their rights, others end up believing in the companies, being without maternity leave and only discovering that they have been deceived when it is too late.

In the Shizuoka region, a Brazilian who grew up in the country opened a company to take care of these cases. Derick Kameda founded Life Support and is associated with the local union.

Of the 160 cases of workers he attended last year, he says that from 30 to 40 were pregnant Brazilians who were undergoing resignation attempts.

He usually accompanies clients at the contractors who hire and offer vacancies in the factories. This type of company is responsible for hiring Brazilians in Japan and is where attempts at illegal dismissals take place. Derick says that there are many employees without knowledge of the law, in addition to cases of bad faith.

“When the worker says she’s pregnant, they tell half-truths. They say she hasn’t worked for a year and, therefore, has no rights, but she doesn’t need to have worked a year in the same place. I see cases of misinformation, but also of bad faith, when they say that the dismissal is not because of the pregnancy, that they will not renew the contract and that’s it. The pregnant woman is confused, she doesn’t know that it’s illegal.”

Abuse and pressure in the factory

In another case, a Brazilian woman who insisted on staying at work said she faced pressure and psychological abuse that harmed her health during her pregnancy.

Tatiana Conti, 38, went through this situation in October 2020, when she discovered she was pregnant. She had been in an air conditioning factory for 11 months and the job was in an open shed exposed to the cold, where workers worked with styrofoam parts and sandpaper.

“I suffer from chronic sinusitis and, early on, I asked the boss to move me, because I didn’t want to get sick and have to be absent. They refused, and then I had to leave for medical reasons and because of my oldest son, and she started giving me heavy work on purpose,” he says.

The situation was getting worse and worse. When she was five months pregnant and after having been sick and absent, Tatiana says she was punished.

“The next day, she left me all day doing a huge piece in the shed. My back felt bad, I could barely walk and I cried in so much pain. The bosses saw that I was sick, but no one asked why I was crying, They didn’t ask me to stop, they didn’t show any concern.”

The Brazilian believes that this was a way to pressure her to give up her job, but she held on.

“It got to the point where all the light pieces she passes on to others but me, completely ignoring that I was pregnant.”

When she was a month away from being entitled to leave, Tatiana says she had a bad flu and was absent for five days. When she got back, she heard that she was being laid off and ran after her rights, until she got help from the union and made sure the company took maternity leave.

“I was very wronged. My son was born at seven months, spent 15 days in the incubator and had a heart problem. Today, he is 1 year and 3 months old and everything is fine, thank God. I got my rights, but I know that many countrywomen go through what I went through or worse things and go without receiving”, she laments.

– This text was published at https://www.bbc.com/portuguese/internacional-62482271