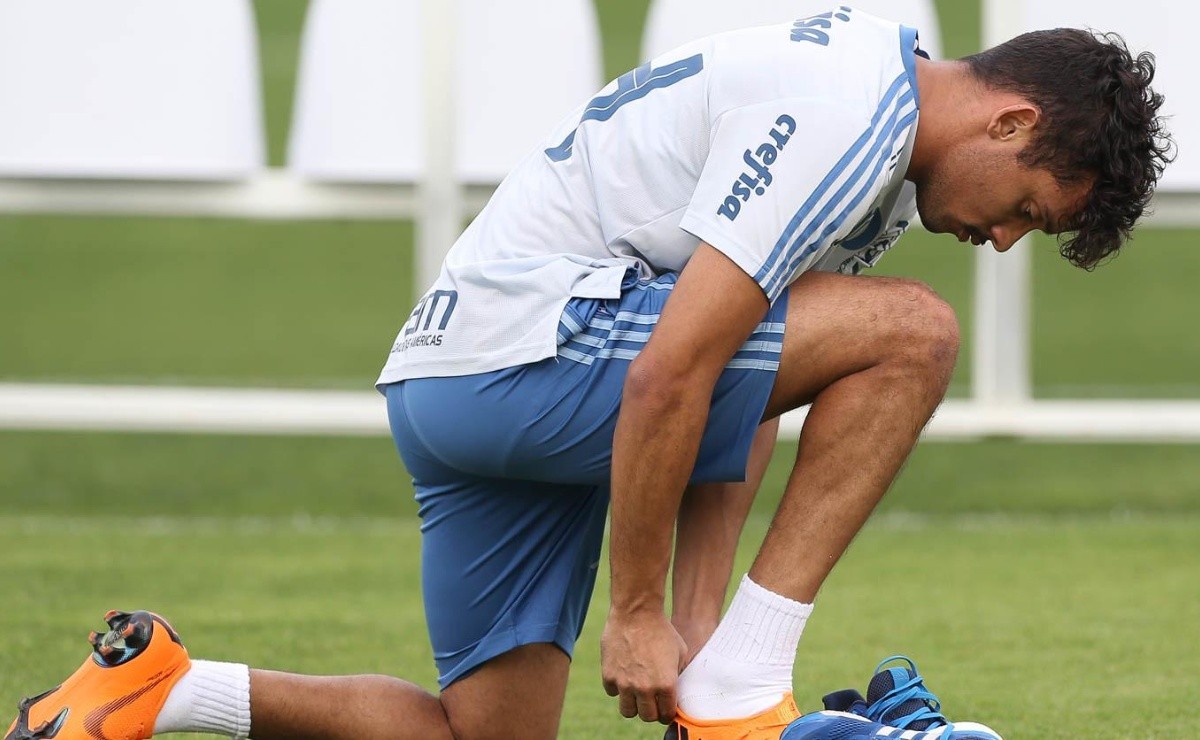 “There is a concern”; Scarpa’s foot injury worries DM and Abel sets up Palmeiras to catch Corinthians with news

Palmeiras has just finished its preparation for the classic against Corinthians, which will take place this Saturday (13), at 7 pm at the Neo Química Arena. The match is seen by Abel Ferreira with a duel of 6 points since at that moment both teams lead the competition. Verdão is the tournament leader with 45 points, six more than their arch-rivals, with 36 points. A Palmeiras triumph at the home of its biggest rival can not only increase the advantage but also practically undermine the opponent’s title chances this weekend.

Although the players ran a lot in the duel against Atlético Mineiro for Libertadores da América last Wednesday (10), in which Palestra won on penalties, Abel Ferreira understands that this is not the time to save, since after the final whistle against Corinthians, the squad will have a week off before returning to the field to face Flamengo, next Sunday (21). The only casualty will be midfielder Gustavo Scarpa.

Highlight of the season, the midfielder posted a photo on his Instagram showing his foot completely swollen after the duel against Atlético Mineiro. Even so, there is a concern in the Medical Department of Palmeiras, Abel Ferreira must preserve the player so that he does not run the risk of injury, and thus does not help the team in the final stretch of the season. With that, the Portuguese commander has two options to replace him. Bruno Tabata, who was regularized at the BID and can now debut to play alongside Raphael Veiga or move Rony to the right wing and play with Flaco Lopez commanding the attack.

According to the Globoesporte.com reporting team, Palmeiras should go to the field with the following formation: Weverton; Marcos Rocha, Gustavo Gómez, Murilo and Piquerez; Danilo, Zé Rafael and Raphael Veiga; Ron, Dudu and Lopez. Due to wear and tear, it is certain that players like Gabriel Menino, Atuesta, Wesley, Breno Lopes and even Bruno Tabata, if they don’t play, appear in the classic throughout the duel.